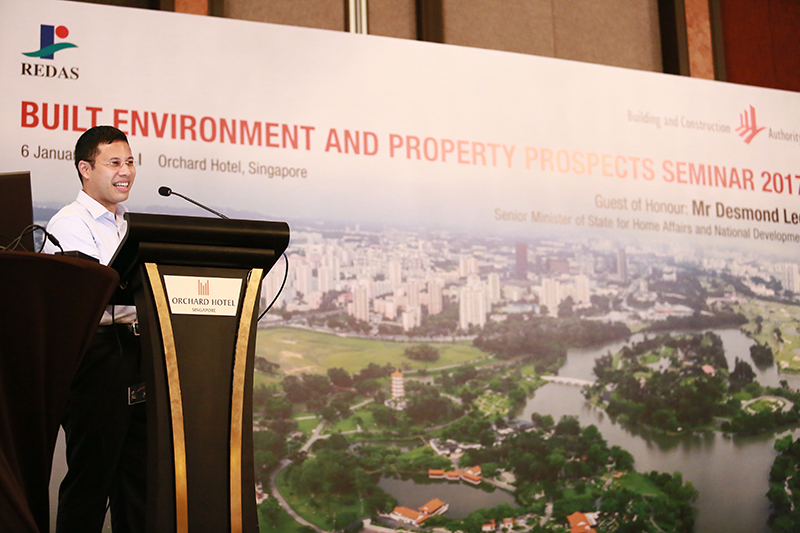 The Building and Construction Authority (BCA) projects the total construction demand or the value of construction contracts to be awarded in Singapore to reach between S$28 and S$35 billion this year, higher than the preliminary estimate of S$26.1 billion for last year.

In view of the current slowdown in the property market and continued economic uncertainties, the private sector construction demand is likely to remain subdued and is projected to stay between S$8 and S$11 billion this year, added BCA.

This year’s projects include:

4. Institutional and other building projects - more healthcare facilities such as the new National Cancer Centre at Outram and an Integrated Intermediate Care Hub at Jalan Tan Tock Seng as well as various educational facilities. A significant amount of private sector investments in tourist attractions and recreational facilities at Mandai Lake is expected to go ahead this year.

Last year, the total construction demand was slightly lower than forecast mainly due to the rescheduling of a few major public sector projects to this year as longer preparation times are needed to implement these large-scale projects, explained BCA. Despite the slight shortfall from the forecast, total public sector construction demand last year was higher than the S$13.3 billion in 2015, supported by the strong demand for civil engineering projects.

BCA estimates public sector construction demand to be between S$18 and S$23 billion per annum from 2018 to 2021, with similar proportions of demand coming from building projects and civil engineering works. Besides public housing developments and more healthcare and educational facilities, public sector demand over the medium term will be supported by various upcoming mega infrastructure projects such as the Jurong Regional Line, Cross Island Line, and various infrastructure developments for Changi Airport Terminal 5.

The Singapore Construction Prospects were recently announced at the BCA-REDAS Built Environment and Property Prospects Seminar on 6 January 2017. The event was also attended by Mr Desmond Lee, Senior Minister of State for Home Affairs and National Development, who delivered the opening address.