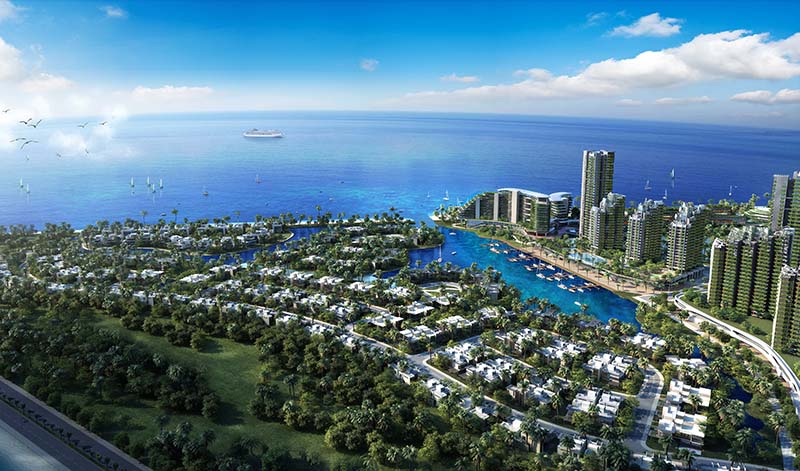 A joint venture between Country Garden Holdings Co Ltd and Johor’s Esplanade Danga 88 Sdn Bhd has recently unveiled ‘Forest City’, a lush urban getaway located on four man-made islands in Iskandar Malaysia. It is believed to be Southeast Asia’s first and largest mixed-use green development in terms of the number of units to be built with a vertical greenery and smart city design theme.

Spanning over 1,386.05 ha with an estimated investment of S$58.3 billion over the next 20 years, ‘Forest City’ is expected to fuel the economy in Iskandar region and neighbouring Singapore. The entire development revolves around a multi-layered three dimensional city planning, with lush vertical greenery covered with dense foliage and multiple forms of public transportation operating at high efficiency, sustainable and renewable energy infrastructures.

With the use of futuristic green design and smart technologies, ‘Forest City’ is set to become a role model of future cities.

As part of the long-term planning, Country Garden said the company is also in discussions with Malaysian local government to set up dedicated entry points to ‘Forest City’, such as a light rail transit system and a ferry network that links to Singapore and to the planned high-speed rail between Singapore and Malaysia.

To date, ‘Forest City’ is Country Garden’s largest real estate project outside of China, part of the group’s internationalisation strategy to establish a larger overseas presence. The group has also completed residential projects in Australia and Malaysia and eyeing to launch real estate projects in Indonesia and Vietnam in the near future.