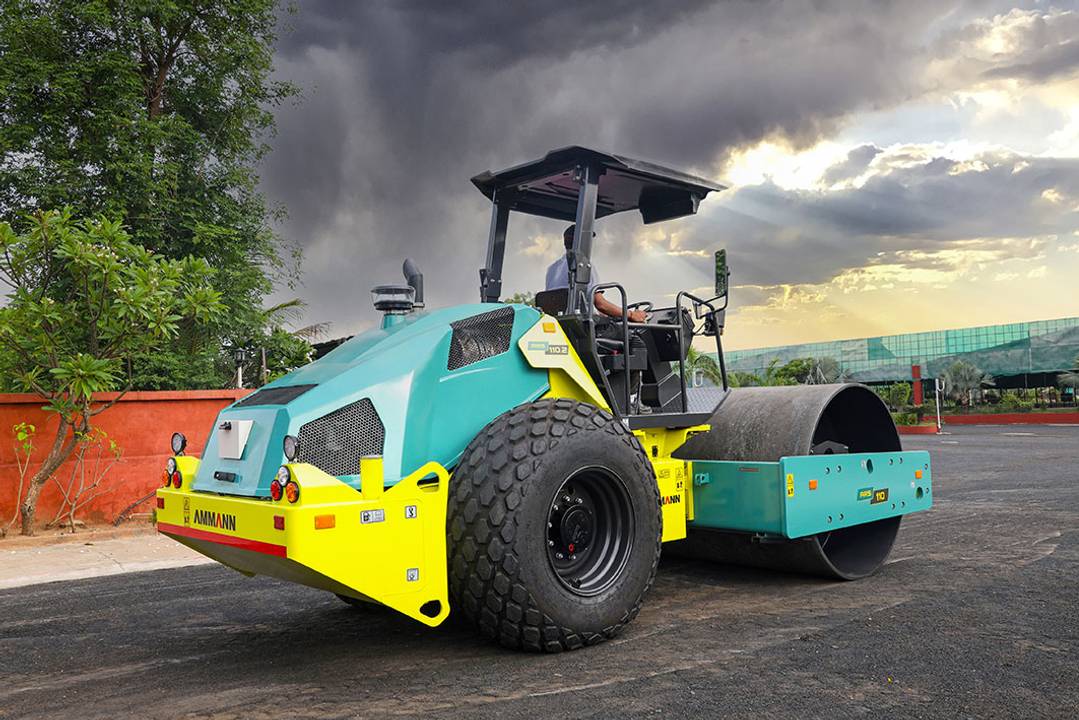 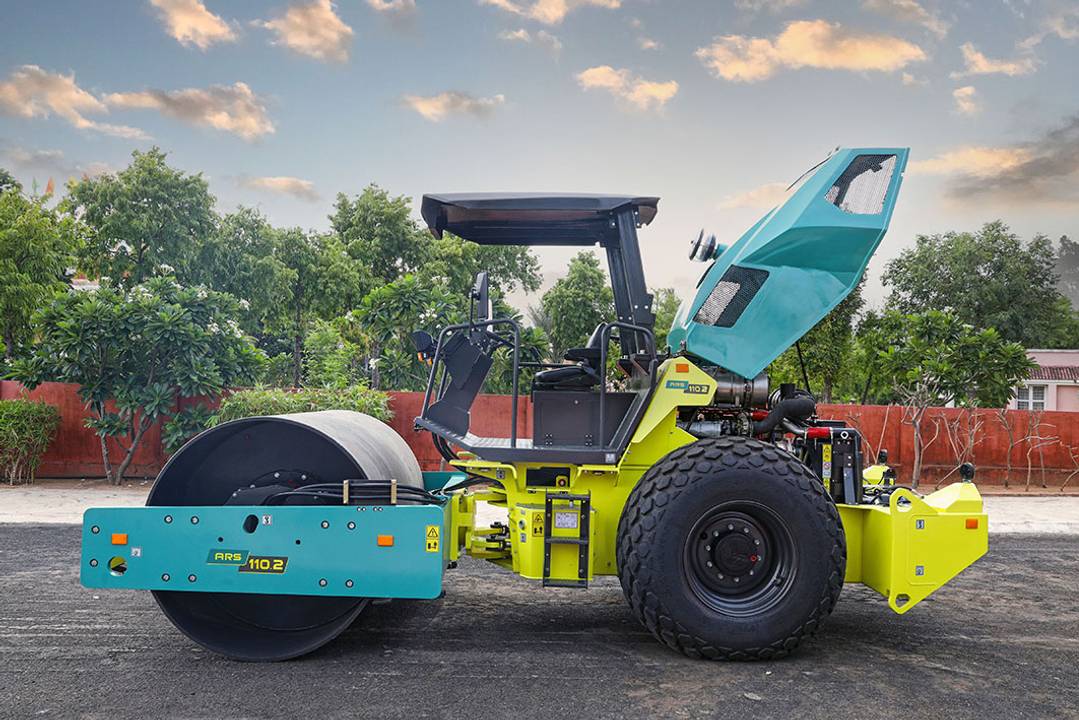 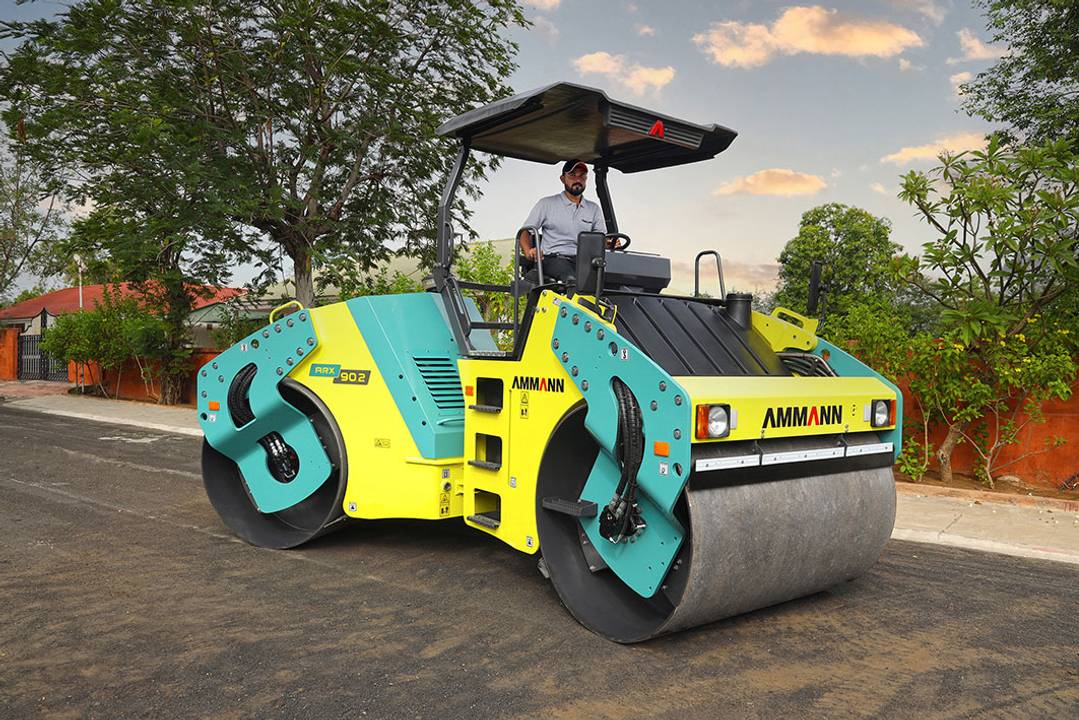 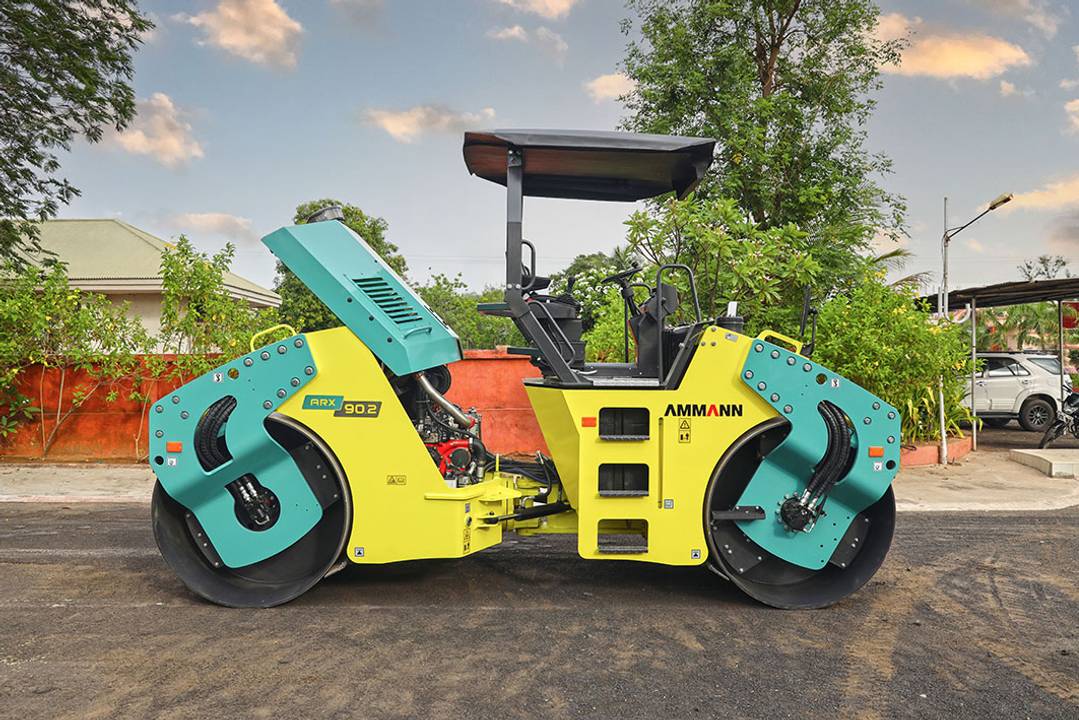 One of the new models from Ammann for the Indian market is the ARS 110.2 soil compactor. This 11-t machine is built at the company’s local facility in Mehsana, Gujarat. It utilises an Ashok Leyland CEV-IV H4C410122 engine, which is fuel efficient, durable and meets CEV IV emissions.

The vibratory system is key to the success of the new roller, according to Ammann. The robust, four-bearing system maximises output, helping operators reach compaction targets in the fewest possible passes. The system drives energy into materials and away from the operator.

An intuitive, reliable dashboard helps even inexperienced operators succeed, said Ammann. It is part of an improved operator platform that offers enhanced visibility and comfort.

Operators also appreciate the vibration-free rubber mounts and the engine compartment design, which forces hot air towards the rear of the machine and away from the platform.

The ARS 110.2 is designed to deliver savings after the purchase, particularly when servicing the machine. Convenient maintenance points ensure work is completed quickly. Service points can be accessed from the ground, while the engine can be reached easily through a tiltable platform and hood.

Another model for the Indian market is the 9-t ARX 90.2 articulated heavy tandem roller. It is also manufactured at Ammann’s facility in Mehsana, Gujarat, and utilises an Ashok Leyland H4C47422 engine that is CEV Stage IV compliant.

The ARX 90.2 offers a maximum working speed of 7 km/h, maximum travel speed of 12 km/h and gradeability of up to 35% with vibration. The machine has a large water tank capacity of 1,000 l.

A powerful, two-stage vibratory system – combined with drum dimensions and multiple amplitude and frequency settings – provides productivity and flexibility in both soil and asphalt applications.

The varied settings expedite compaction of loose sub-base materials, such as gravel, as well as asphalt, including thick lifts. The frequency and amplitude ranges help the machine successfully reach compaction goals in fewer passes.

The machine’s propulsion system is unique to the market, said Ammann. It features an efficient hydraulic system, traction control and speed sensors. This enables smooth starts and stops that improve mat quality when working on asphalt.

The location of the engine in the rear of the roller is another advantage. This placement helps drive vibration away from the operator and towards the compaction target. It also improves visibility and redirects heat from the operator, thereby increasing comfort.