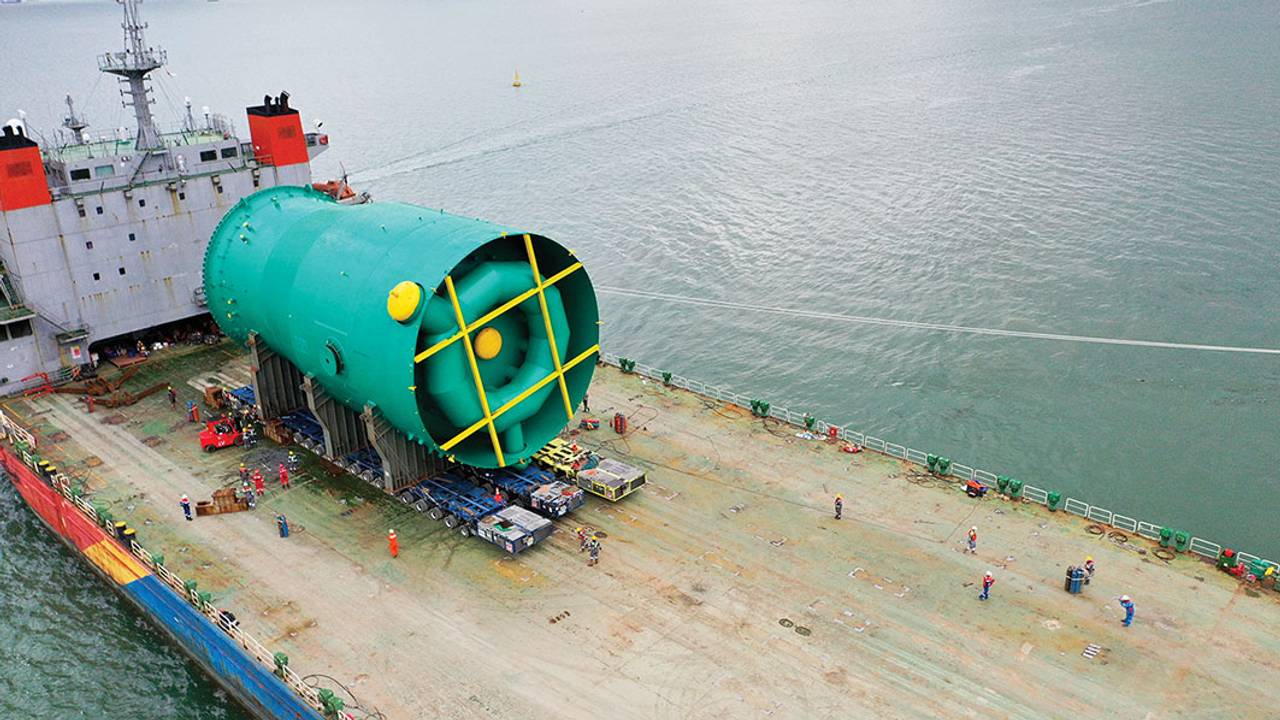 The 1,357-ton regenerator being transported on Goldhofer 3x20 PST/SL axle lines to a refinery project in Balikpapan, East Kalimantan. 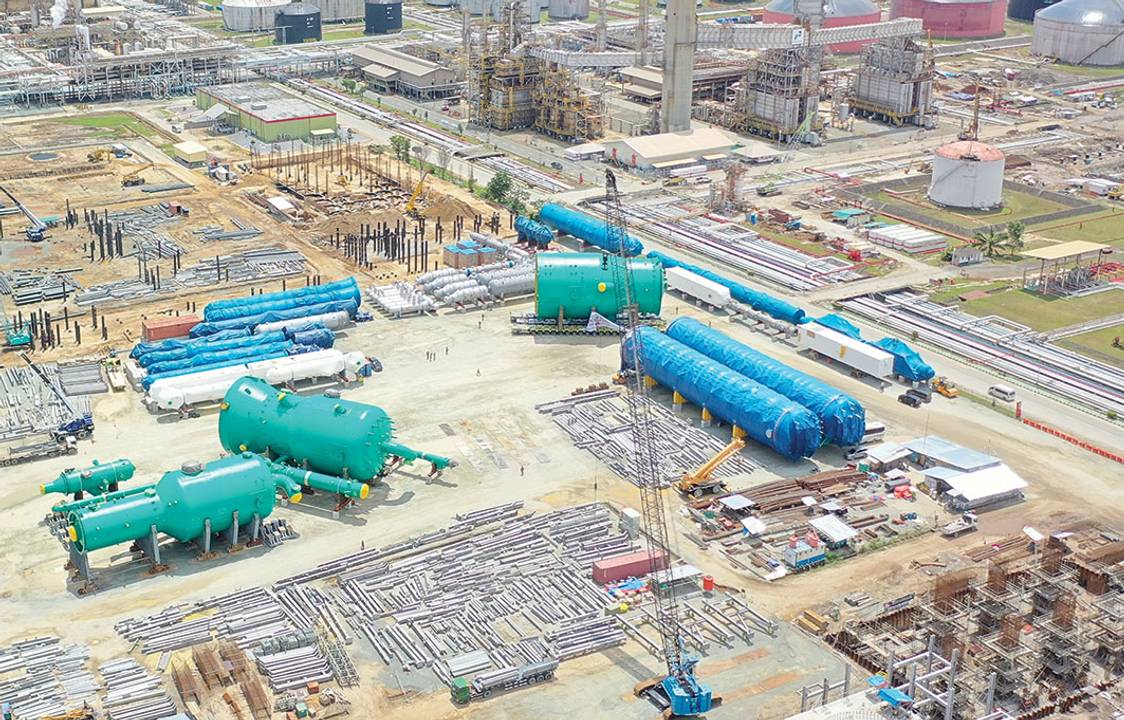 Thanks to the wide steering angle and remote control for the three self-propelled modules, the loads could be manoeuvred in the most confined spaces.
industrialIndonesiaGoldhoferheavy transport
Views: 75

The Indonesian government’s refinery development masterplan reportedly has a budget of around US$17 billion. This is to be spent on upgrading and modernising the five largest oil refineries in the country in line with the latest environmental standards. One of them is the Balikpapan refinery in East Kalimantan.

A main task in this refinery upgrade was the supply of plant components and equipment for residual fluid catalytic crackers (RFCC), which employ catalytic cracking to process crude oil to the highest environmental standards into high-quality oil for the production of gasoline and diesel fuels. So as to be able to handle these processes at the refinery in Balikpapan, the state-owned Indonesian oil company PT Pertamina ordered the necessary components for the plant from the Korean company Hyundai Heavy Industries.

The components were loaded onto the Korean Hanjin Leader heavy lift vessel and shipped to the port of Balikpapan. From there, they were taken over by PT LV Logistics of Indonesia and transported overland to the refinery over a distance of 3 km.

Transportation of the first regenerator alone is believed to have set a new record as the heaviest and most voluminous load transported in Indonesia to date. On top of that, the gigantic transport – with a total weight of 1,597 tons, an overall length of 34 m and a width of over 11 m – had to be coaxed around several 90-degree bends within the refinery.

Confronted with loads of such a size and weight, PT LV Logistics of Indonesia turned to transportation solutions provided by Goldhofer AG. The decision was taken to use three Goldhofer PST/SL self-propelled modules combined with THP/SL modules with 20 axle lines each.

The mechanically steered PST/SL self-propelled transporters are specially designed for such heavy-duty work, with axle loads of up to 45 tons and a tractive driving force of up to 160 kN per axle line. With a suspension stroke of 600 mm, the heavy-duty combination can be driven completely under the load and pick it up hydraulically. This is considered a major saving in terms of time and money, for one thing because the loads can be picked up without the use of a crane.

In addition, the Goldhofer PST/SL modules can be combined with other towed and self-propelled heavy-duty modules from the Goldhofer portfolio. This ensures long years of economical working, and also the option to add to the fleet at short notice by renting the relevant vehicles.

Thanks to the use of Goldhofer equipment, the entire project could be completed within just five days.