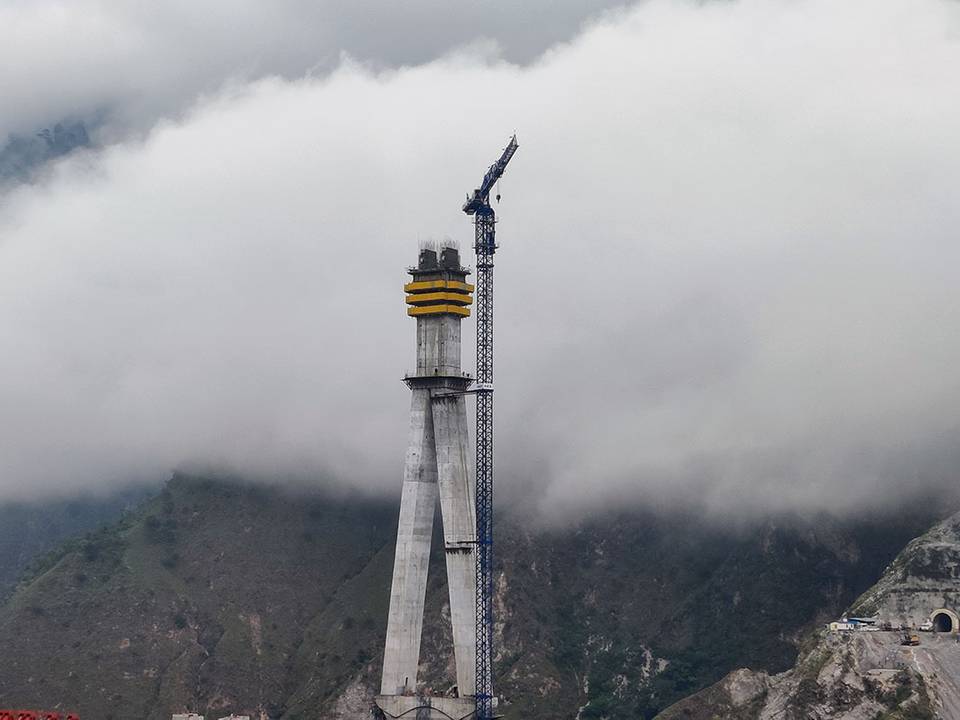 The Comansa 21CM550 flat-top tower crane has been working to deliver the Anji Khad Bridge project. 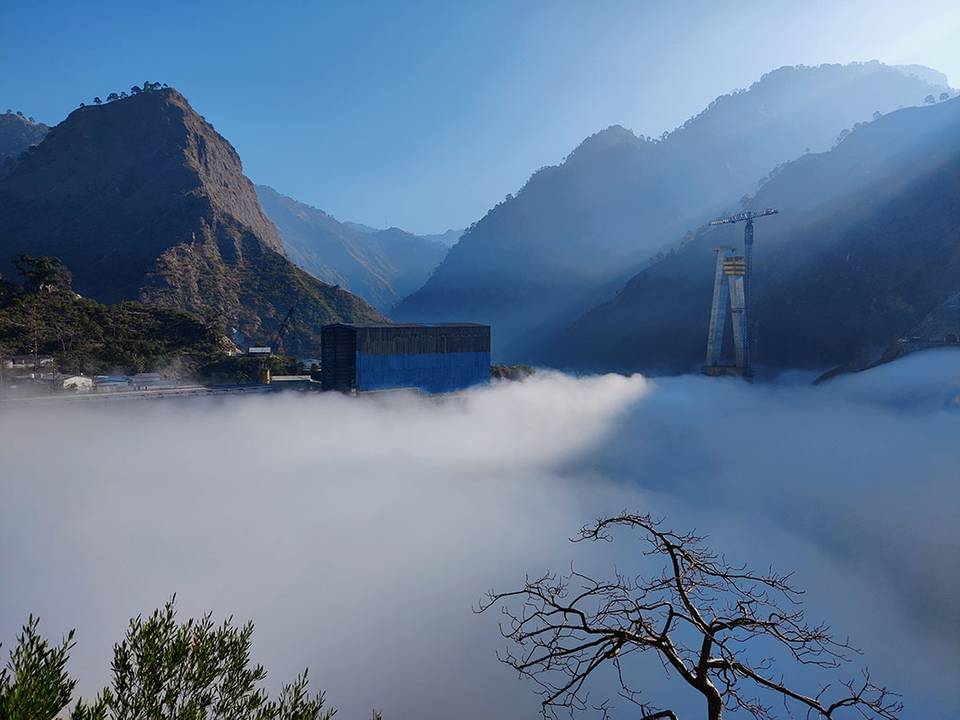 The 25-t 21CM550 tower crane is ideal for lifting heavy loads, such as those in bridge construction. 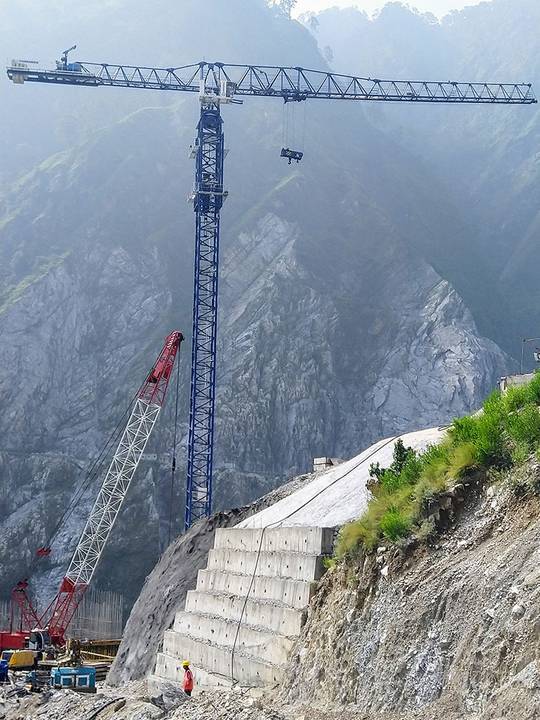 The tower crane is equipped with a lightning protection system that can prevent damage to electronic devices. 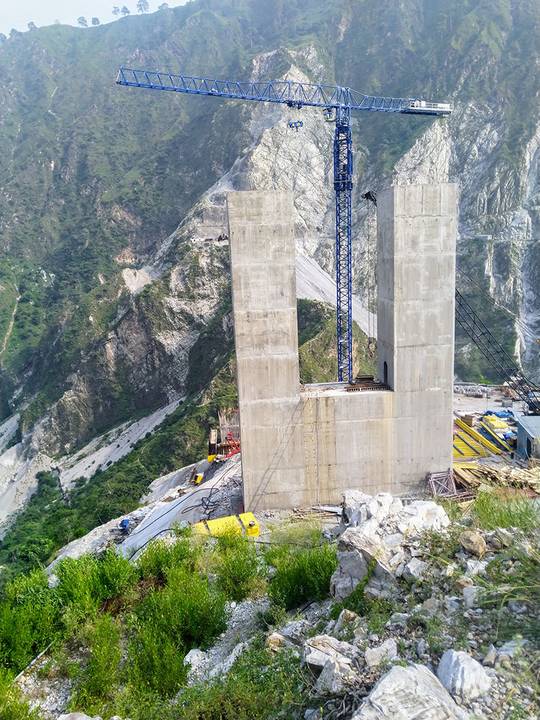 The project is expected to complete by December 2022. 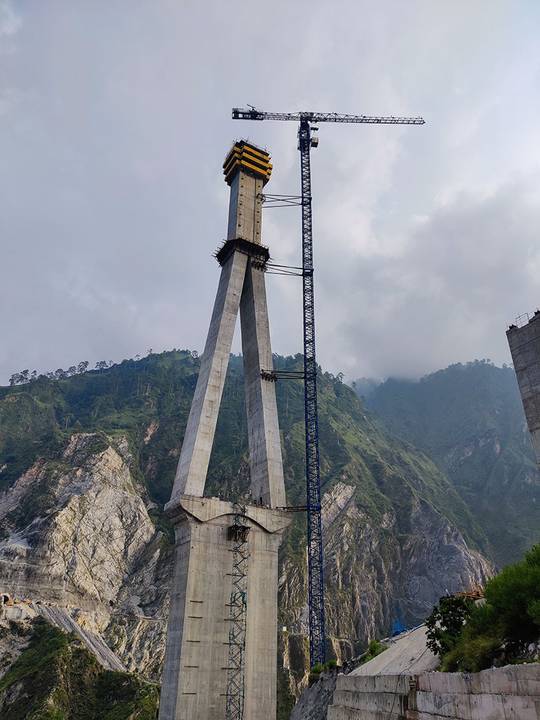 In January 2017, Indian Railways awarded HCC (Hindustan Construction Company) the contract to build a cable-stayed bridge for the Udhampur-Srinagar-Baramulla Rail Link Project (USBRL), which is being developed by Konkan Railway Corporation Limited (a public company in India) to connect the Katra and Reasi stations on the Jammu-Baramulla line.

Initially an arch bridge was planned in Anji Khad, but a technical expert committee decided that the location was unsuitable for this type of bridge. So, the decision was made to build a cable-stayed bridge with a single pylon standing 331 m above the riverbed.

To respond to the demands of the project and the challenges involved in constructing the pylon at such a remote, complex site, HCC selected a 21CM550 flat-top crane (25-t) from Comansa’s 2100 series. This crane model is designed to ensure optimal performance in projects where heavy loads must be moved, like those in bridge construction.

The Anji Khad Bridge has been dubbed the first cable-stayed railway bridge in India. It is also viewed as an engineering wonder due to the difficulties involved in the construction process and the technology used.

Thanks to its easy assembly and smaller space requirements, the flat-top design patented by the crane manufacturer has overcome the logistical challenges linked to the complicated topography in the area. Additionally, the automatic trolley change, along with the Power Lift system, enables variable loads to be dealt with efficiently while ensuring that the crane achieves maximum productivity.

Besides these logistical challenges linked to topographical aspects, the new Anji Khad Bridge is being built in a difficult terrain. Fortunately, Comansa cranes are equipped with a lightning protection system that can prevent damage to electronic devices. Furthermore, the cranes are designed to withstand wind pressure in accordance with European C25 standards.

Comansa is also collaborating with its local partner, M/S Escorts Limited, allowing it to use a trusted technical service and acquire spare parts as quickly as possible in order to meet the project’s demanding deadlines. The bridge is expected to complete by December 2022.