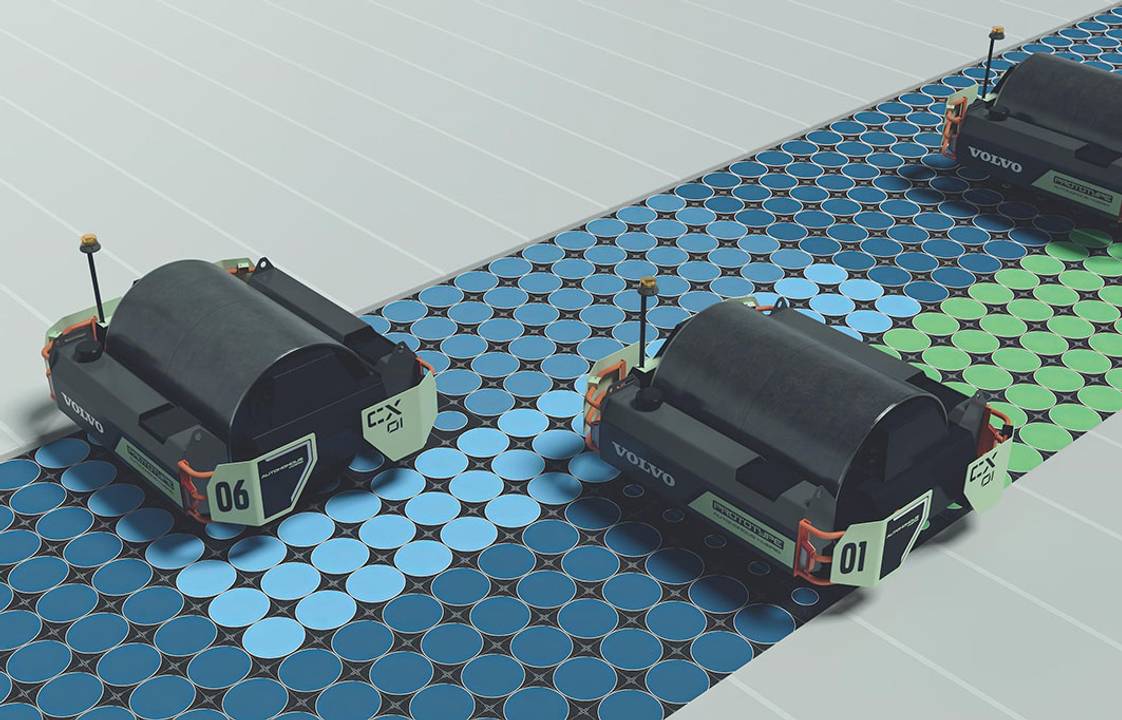 The CX01 can be operated either by remote-control or entirely autonomously. 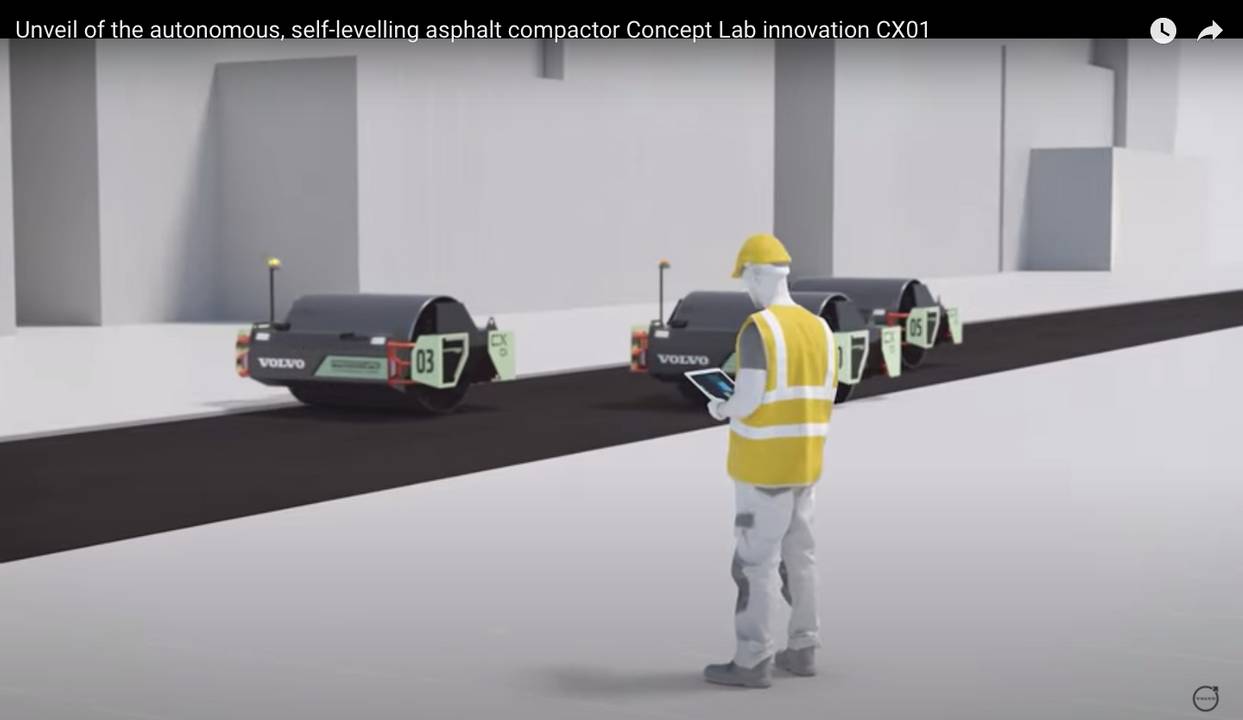 A screenshot of the CX01 concept taken from Volvo CE video. 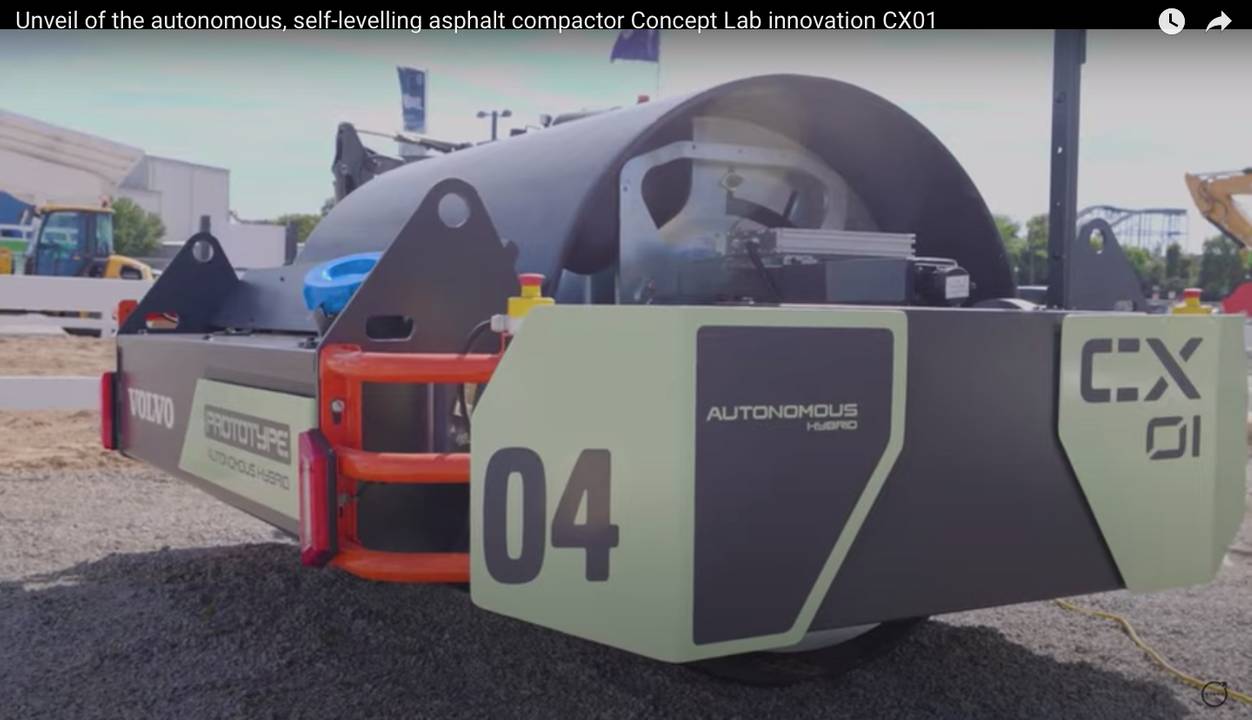 Volvo Construction Equipment (Volvo CE) has revealed its CX01 single-drum asphalt compactor concept at The Utility Expo, held from 28 to 30 September 2021 in Louisville, Kentucky, the US.

The CX01 concept utilises one vibratory asphalt compactor drum that is actually two independent halves (called a split-drum) kept upright by a self-balancing control system, explained the manufacturer. Capable of being operated either by remote-control or entirely autonomously, the machine is also fitted with both a diesel engine and an energy storage system, making it a flexible electric hybrid solution. It can run in diesel-only, hybrid or fully electric modes.

This concept machine is the latest in the Concept Lab family of prototype machines from Volvo CE that push the boundaries of conventional construction equipment.

“While the CX01 is a conceptual product, the research and development that have gone into it will benefit customers in other ways,” said Justin Zupanc, head of the asphalt compaction development team at Volvo CE. “It’s exciting for our engineers to push themselves to develop new and innovative ideas, and we’ve had personnel from the US and Europe involved in the design, build and test phases of this concept.”

Volvo CE highlighted that the CX01 concept provides an opportunity to fundamentally rethink the paving process to address customer needs, both improving the conditions for the operator and increasing productivity. By redesigning the compactors themselves, the operator is removed from the unit — reducing exposure to vibration, noise, dust and other associated environmental conditions — and freed up to autonomously control a fleet of CX units working together to compact asphalt surfaces.

A fleet of these units deployed on larger jobs could work together and communicate not only between each CX unit but also to other pieces of equipment on the site, said the manufacturer. The machines could survey the jobsite, report on the conditions of the mat — things like density, temperature and passes — and determine when and where to compact.

Compaction cycles can be streamlined, costs reduced and more agile work patterns set up, thanks to the machine’s compact design and precise manoeuvrability. Rolling pattern, weight and number of rollers can all easily be adjusted to match the width, thickness and speed of paving operation — providing a complete paving solution for whatever the job might be, from light infrastructure to highway construction.

According to Volvo CE, the CX01 can be matched with Volvo’s existing Co-Pilot system so that all work can be handled remotely via a touchscreen interface. In addition, it uses GPS position tracking to monitor job performance and help customers better hit their productivity targets.

The manufacturer pointed out that while the CX01 concept has been purely an exploration, some learnings could be applied to future products.

“Remote control and autonomous operations are areas of focus for us in R&D. Also, while the low-friction water reduction coating on the drum shell is theoretical, it could be a huge benefit on larger machines to decrease the amount of water needed,” said Mr Zupanc. “It is exciting to think how the theories showcased on the CX01 could be realised on compaction production units in the future.”