Set to be a new landmark in the Philippines, CCLEX will have two lanes in each direction that will provide a safe, quick and scenic passage for approximately 50,000 vehicles daily. 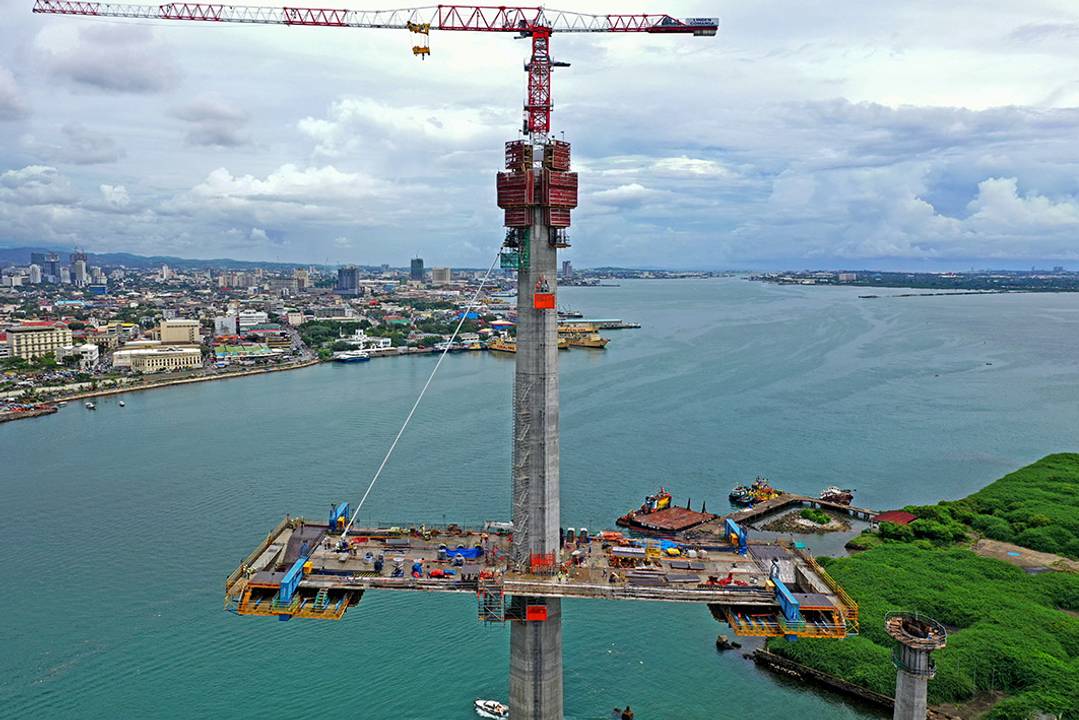 CCLEX spans the Mactan Channel, linking mainland Cebu from Cebu City with the town across the channel, notably Cordova in Mactan island.
Celebrating 500 years of Christianity in the Philippines, the eight 40-m-high crosses on top of the CCLEX pylons will be lit up at night during April. 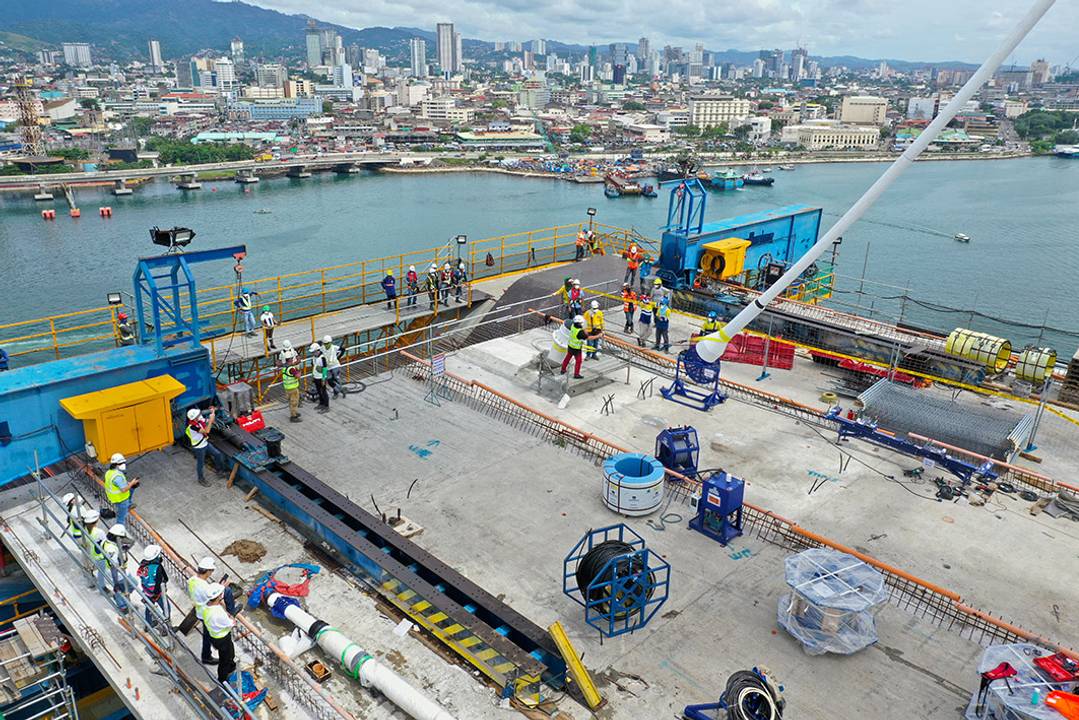 CCLEX has a design speed of 80 km/hr and a navigational clearance (height) of 51 m to allow large vessels to pass underneath the bridge.
The project broke ground on 2 March 2017, and the design and build contract has been awarded to Cebu Link Joint Venture (CLJV). As of January 2021, the construction progress of CCLEX is at 59.68%.
Philippinesbridge
Views: 1255

CCLEX is being implemented by CCLEC under a joint venture agreement with the local governments of Cebu City and Municipality of Cordova. The PHP30 billion project spans the Mactan Channel, linking mainland Cebu from Cebu City with the town across the channel, notably Cordova in Mactan island. CCLEX broke ground on 2 March 2017, with civil works started on 5 July 2018.

The design and build contract for the project was awarded to Cebu Link Joint Venture (CLJV) - a consortium of Spanish company Acciona Construccion SA and Filipino companies First Balfour and D.M. Consunji Inc. CCLEC also engaged the services of COWI A/S of Denmark with the Philippines’ DCCD Engineering Corporation, as its sub-consultant, to be the project’s technical advisor (owner’s engineer). Norconsult, a Norwegian consultancy firm, has been commissioned as the project’s independent consultant.

Set to be a new landmark in the country, CCLEX will feature two lanes in each direction that will provide a safe, quick and scenic passage for approximately 50,000 vehicles daily, easing the traffic in the existing Marcelo Fernan Bridge and the Mandaue-Mactan Bridge. The project has a design speed of 80 km/hr and a navigational clearance (height) of 51 m to allow large vessels to pass underneath the bridge.

“Despite the constructional challenges because of the health and safety protocols being observed due to Covid-19, our team is doing their best to complete this most anticipated infrastructure project in Cebu and the rest of the Visayas region as soon as possible,” said Allan G. Alfon, president and general manager of CCLEC.

“From the beginning, we have always known the socio-economic impact of CCLEX on the entire Visayan region,” added Manuel ‘Manny’ V. Pangilinan, chairman of MPTC.

In a landmark event, celebrating 500 years of Christianity in the Philippines, CCLEX will light up the eight 40-m-high crosses on top of the bridge pylons – an iconic feature of the project. They will be installed on all four sides of each of the twin towers.

The concrete pylons on the side of Cebu City and Cordova have been completed and reached their full structural height of 145 m over Mactan Channel. With continuing dismantling of the self-climbing formworks, the crosses on top of the pylons are now visible.

The installation of the eight crosses will be completed and illuminated by hundreds of LED strip lights before the historic commemoration, said CCLEC. “They will be lit up at night.”

In the evening of 15 April 2021, Cebu Archbishop Jose Palma has been scheduled to lead the blessing of the CCLEX’s crosses as part of the Archdiocese of Cebu’s 500 Year of Christianity celebration. “This comes a day after the re-enactment of the first baptism mass at the Magellan’s Cross.”

CCLEC added, “The observance harks back to that memorable event when Christianity was first introduced to Cebu by the planting of a cross and the baptism of its people by Spaniards led by Portuguese explorer Ferdinand Magellan. It happened a few weeks after they arrived in the Philippines in March 1521.”

“The crosses above CCLEX is a symbol of celebration. The crosses, having no corpus or body, are ecumenical (universal, all-embracing),” said Fr. Mhar Balili, secretary general of the Archdiocese of Cebu’s 500 Year of Christianity celebration.

“With the cross-shaped structures lit up above the twin pylon of CCLEX, we are honoured to become part of the commemorations of a historical chapter in the lives of our countrymen,” said Rodrigo E. Franco, president of MPTC.

MPTC, the toll road arm of Metro Pacific Investments Corporation (MPIC), is the largest toll road concessionaire and operator in the Philippines. The company’s expansion goals include establishing toll operations in the Visayas, other parts of the Philippines, and in neighbouring countries notably Vietnam and Indonesia. 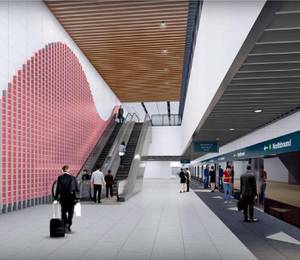