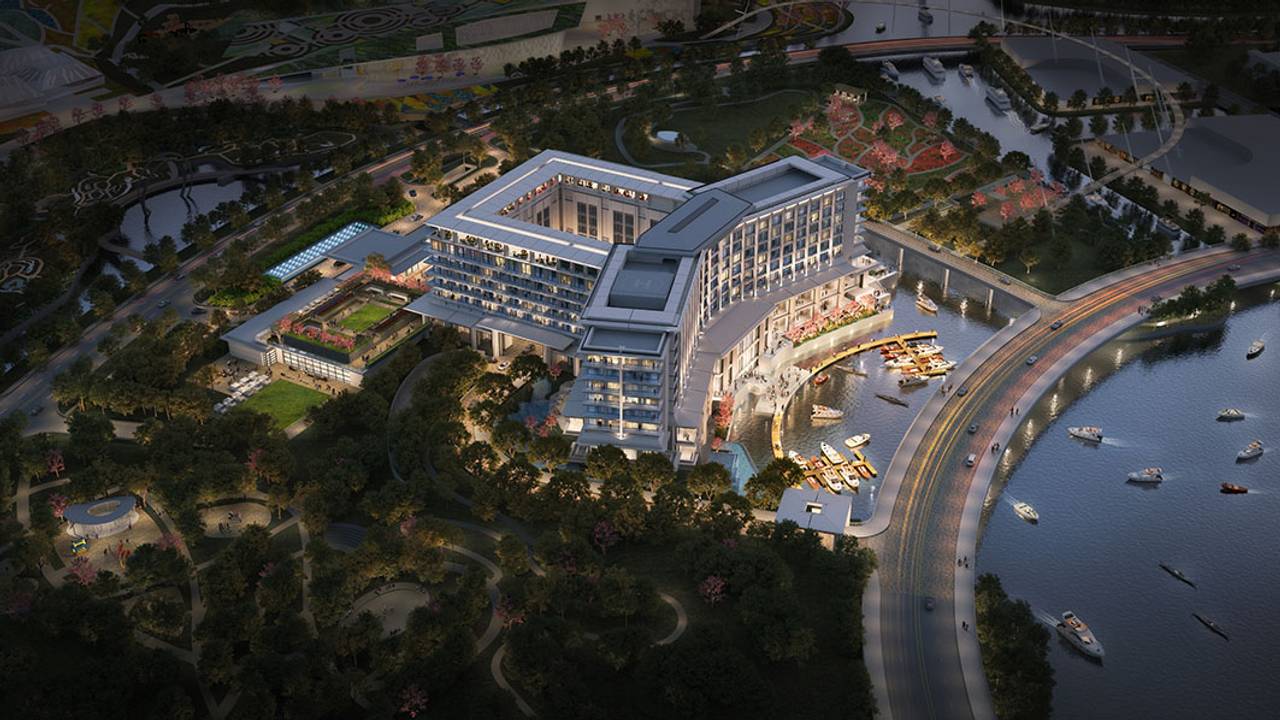 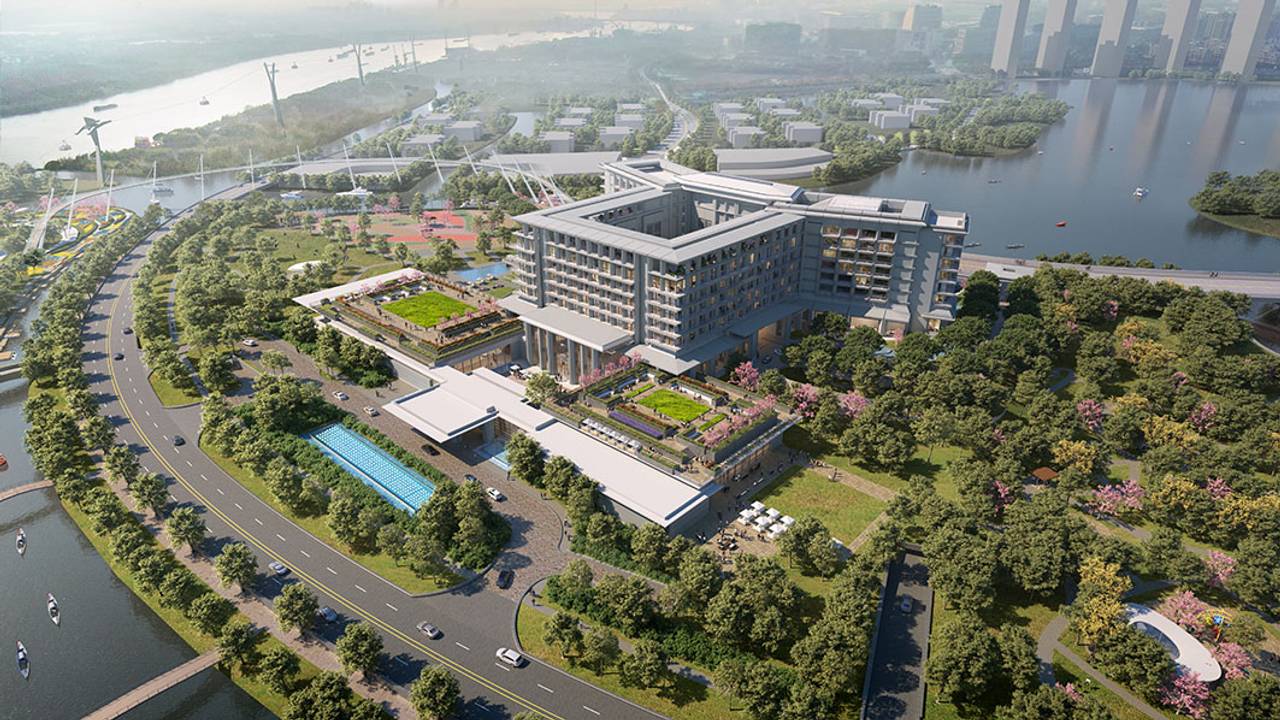 The Orchid Lake Hotel is set to be China’s first ever ‘sail up’ hotel with a yacht club providing access from the Huangpu River.
Chinamixed-use
Views: 156

The San Diego, US-based construction and project management firm will oversee Zizhu’s third phase, which centres on Orchid Lake Hotel, a five-star business-class resort and conference centre along the Huangpu River, about 29 km south of Shanghai.

The Orchid Lake Hotel will serve visitors to Zizhu, an important technology, science, research and business hub in the Shanghai area. It will feature conference, reception and workspace and an executive lounge, as well as 360 guest rooms, a spa and gymnasium.

The luxury hotel will also incorporate the surrounding natural landscape and beauty of both the river and the newly built Orchid Lake, as well as botanical and sculpture gardens. According to Gafcon, it will be China’s first ever ‘sail up’ hotel with a yacht club providing access from the river.

“China has emerged as a leader in the post Covid-19 pandemic world and has seen hotel occupancy return to its pre-pandemic rates, so we know the time is right to pick up where we left off,” said Bryan Benso, chief development officer at Gafcon. “After a delay because of the pandemic, Gafcon is excited to continue working on this visionary development. The Orchid Lake Hotel will be the next feature in Zizhu’s forward-thinking strategic planning, which incorporates sustainability, health and safety within the fabric of community connectedness.”

Gafcon previously led the planning and development for Zizhu’s first two phases: Purple Bay and InnoTown. These two phases have a combined value of US$12 billion.

Purple Bay supports the growing urban centre with schools, homes, an aquarium, an art academy, a botanic garden, retail space, a medical clinic and plenty of outdoor and recreational space. InnoTown will serve as the home to an R&D centre, which is already drawing Global 500 companies, including General Electric and Coca-Cola, as well as two universities and additional housing, retail, entertainment and hospitality space.

Transportation plays a central role in Zizhu, with three planned underground light-rail transit stops connecting Zizhu with the greater region. Zizhu will also include a marina to accommodate personal watercraft and an overhead tram.

“Working in China amid the current political climate, travel restrictions due to the pandemic, and trade war requires an unprecedented level of trust between us and the client. Based on our work together over the past four years, this trust and confidence is firmly in place and has allowed us to continue our work together in an uninterrupted and mutually supportive manner,” said Yehudi ‘Gaf’ Gaffen, CEO of Gafcon. “We are honoured that Zizhu wants Gafcon to continue its visionary work on this important and transformational project for the Shanghai and Minhang District.”