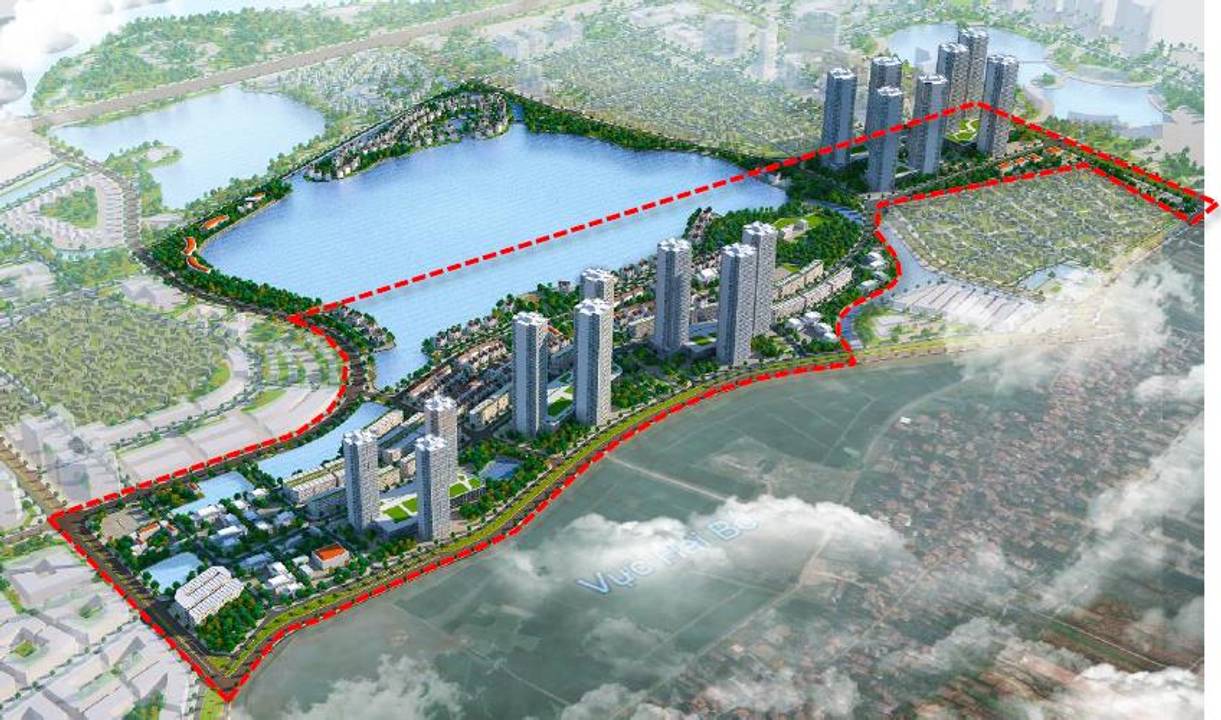 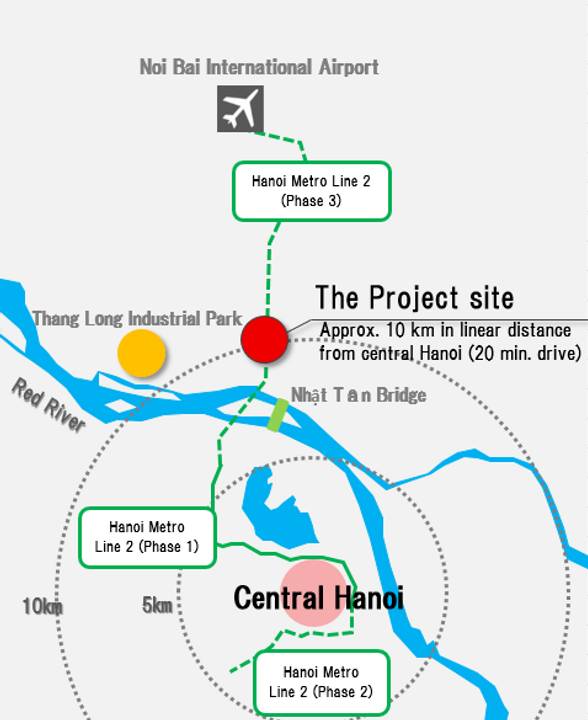 The location of the smart city. (Image: Sumitomo Corporation) 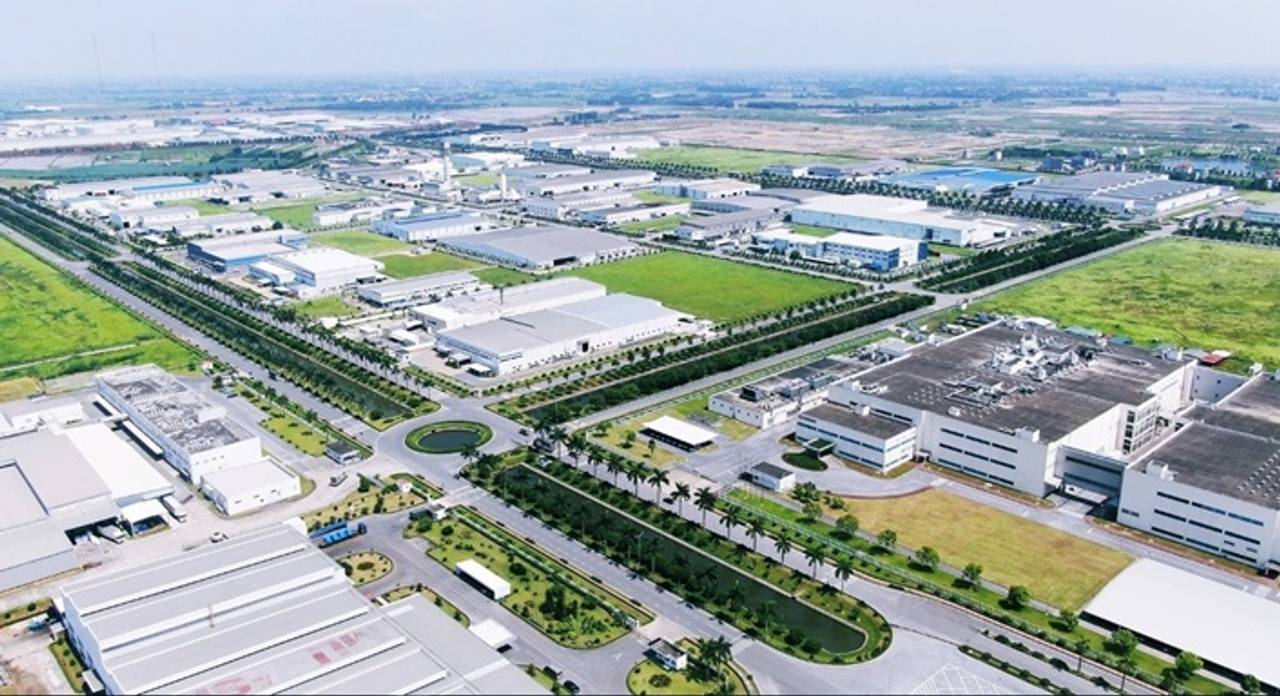 Sumitomo Corporation and BRG Group Joint Stock Company have established a joint venture to build a smart city spanning 272 ha in the Dong Anh district in northern Hanoi, Vietnam. Located halfway between the Noi Bai International Airport and the centre of Hanoi City, the project is divided into five phases and Sumitomo will develop the residential area with BRG in the first phase.

According to Sumitomo, there will be a Hanoi Metro Line 2 extension plan from downtown Hanoi - going through the project area - to the Noi Bai International Airport and a new station is planned to be built within the project area. Sumitomo will also implement the project by considering a transit-oriented development (TOD) centred on the new station.

Sumitomo said the project is expected to commence upon obtaining approval from Hanoi City for a partial revision to the master plan. Under its Medium-Term Management Plan 2020 initiated in April 2018, Sumitomo views social infrastructure as one of its growth areas, and intends to place increased focus on urban development, smart city projects, and various infrastructure projects.

In another development, Sumitomo has recently reached an agreement with Vietnam’s Hung Yen Province on the third phase development to expand the Thang Long Industrial Park II (TLIP II), located about 30 km east of Hanoi City.

Sumitomo plans to develop the land adjacent to TLIP II in the southeast. When the new 180.5 ha site is developed and combined with the Phase 1 site of 220 ha and the Phase 2 site of 125.6 ha, the total land area of TLIP II will be 526.1 ha, making it one of the largest Japanese industrial parks in Vietnam. The project is expected to cost over 14 billion yen in total and construction work is scheduled to start in 2021.