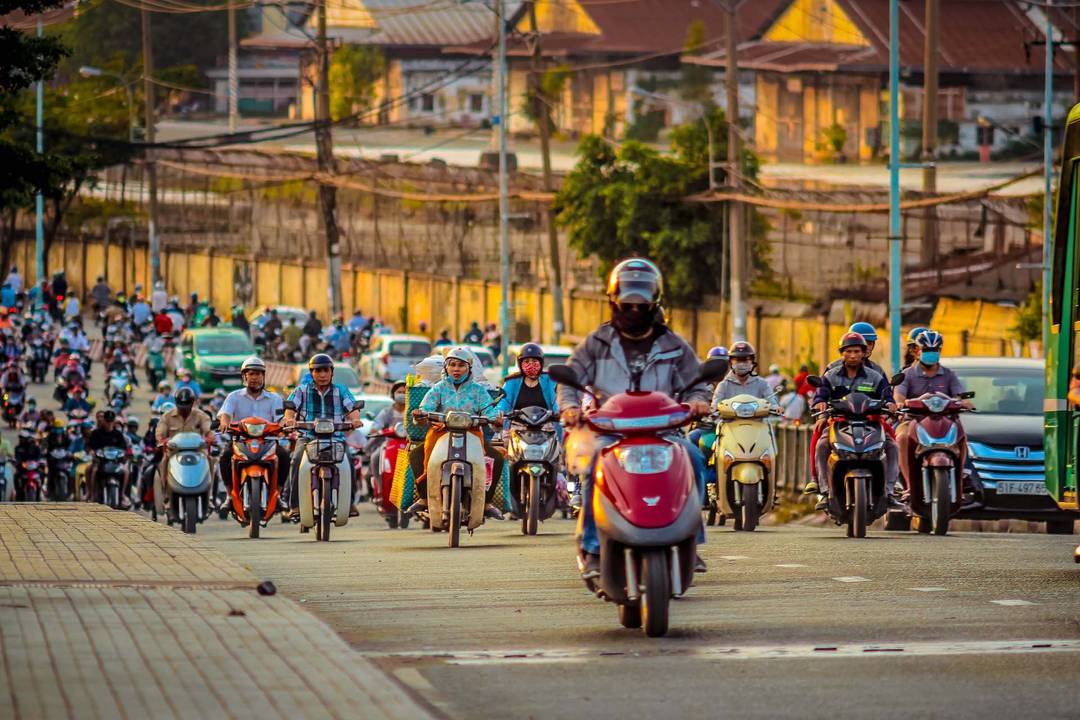 Vietnam has emerged as an early winner from the US-China trade conflict. The country’s foreign direct inflows have strengthened recently, while increasing tourism and an emerging middle class have boosted demand for new structures. (Image: Pixabay) 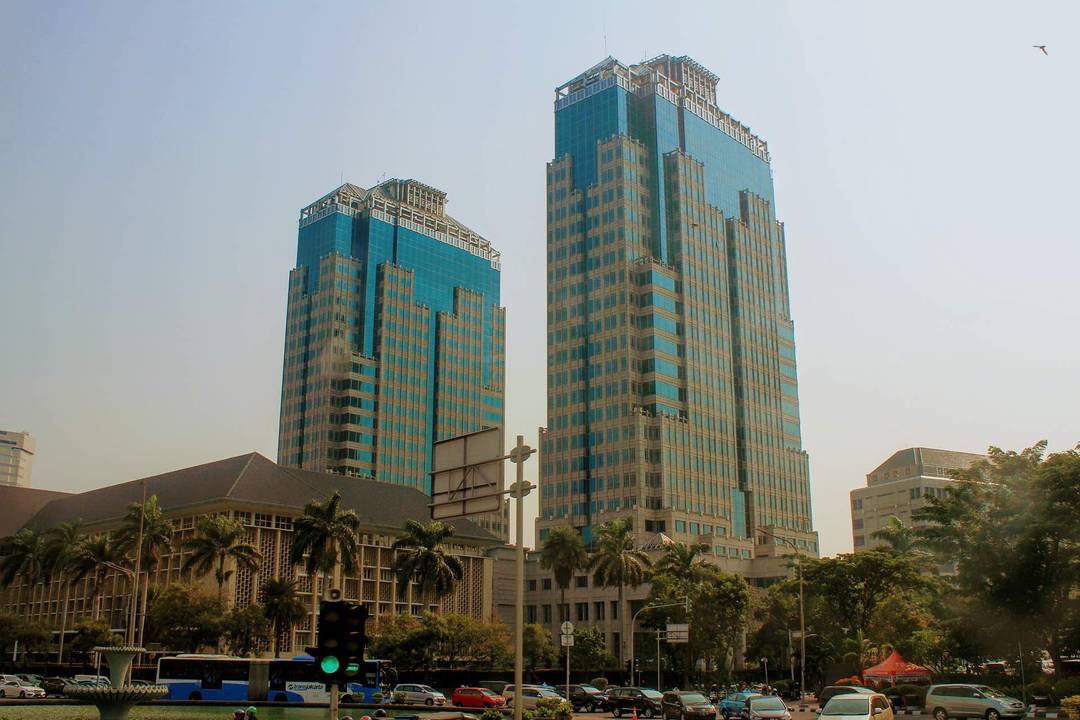 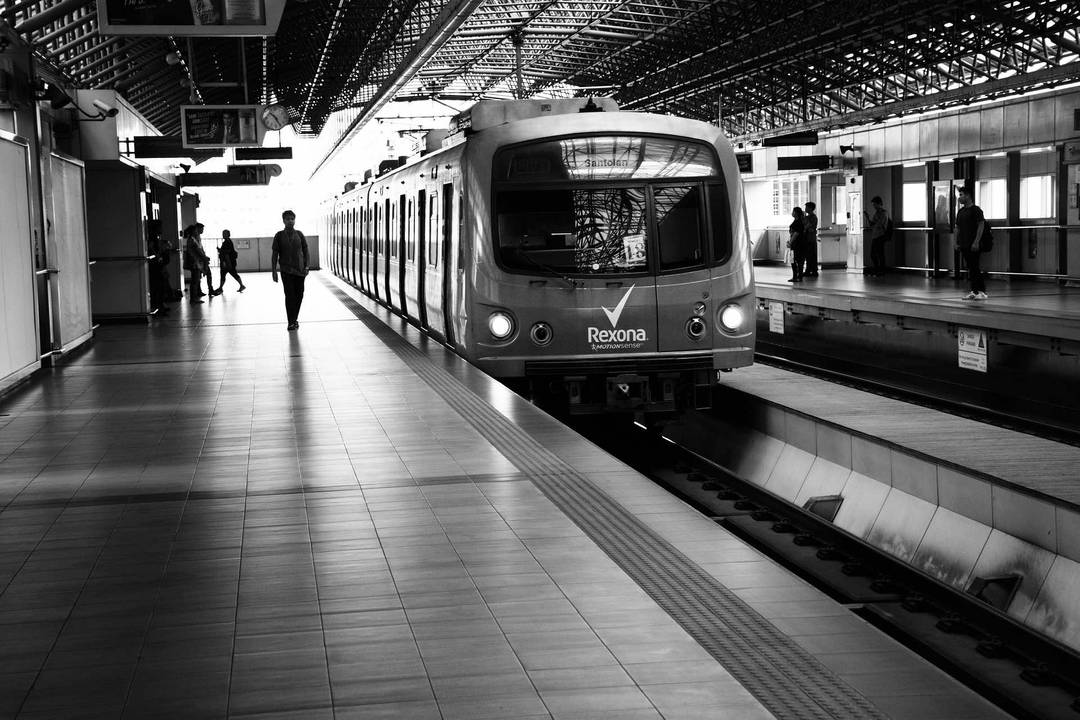 The Philippines joins Indonesia and Vietnam to top the list of countries in Southeast Asia for infrastructure spending targets to 2024. (Image: Pixabay) 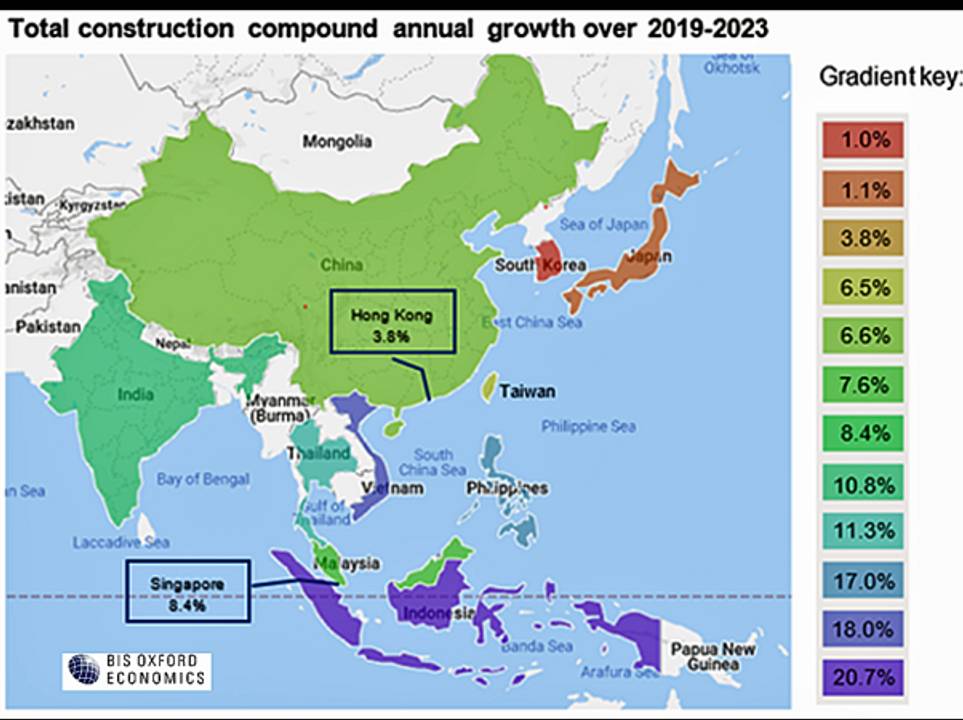 Robust growth momentum in the global economy in 2017 and early 2018 has given way to a downturn, fuelled by an escalation in the US-China trade war and slower growth in developed economies, reported BIS Oxford Economics.

At first glance, Asia stands to lose out due to the openness of its economies and direct connections to China. Despite this, Southeast Asia economies – in particular Vietnam, Indonesia and the Philippines – are expected to hold up relatively well, said the research company. The average growth rate for construction work done in these three economies is expected to accelerate in the near term, and average 19% y/y over 2019-2023 (against 11% y/y in 2019). Underpinning this is continued strong growth in domestic demand and a healthy pipeline of government-funded infrastructure projects.

Relative to the rest of Asia, Southeast Asia’s stronger fundamentals and more limited exposure to trade means the region is expected to outperform, added BIS Oxford Economics. Construction activity across the 12 countries that the company monitors is forecast to increase by just 2% in 2019 – its weakest pace since 2015 – and average 6% y/y over the next five years, well below its historical average. In contrast, activity across Southeast Asia is projected to grow by 7% this year, and then average 15% y/y over the next five years.

Vietnam is ‘a winner’

Vietnam has emerged as an early winner from the US-China trade conflict, as US-facing manufacturers look elsewhere to diversify their supply chains, according to BIS Oxford Economics. Foreign direct inflows have strengthened recently, while increasing tourism and an emerging middle class have boosted demand for new structures. Total construction in work done terms is expected to see 8% y/y growth in 2019, with an average 18% y/y growth over the next five years.

The Vietnam commercial property sector is expected to be a star performer, with work done in hotel construction expected to register its third year of an acceleration in the pace of growth, with a 15% y/y increase in activity forecast for 2019. In this sector, several international hotel chains have indicated their desire to increase their exposure, adding to other marquee developments in Ho Chi Minh City such as the Empire 88 Tower and the Hilton Garden Inn.

Vietnam has seen its economy gather pace and housing demand has remained healthy. Underlying fundamentals are strong, with robust urban population growth, and a rapid expansion in the number of middle-income households. Concurrently, continued foreign investment through mergers and acquisitions is expected to inject capital into residential construction activity. It is projected that residential building in work done terms would grow an average 12% y/y over 2019-2023, building on the 6% y/y growth seen over 2014-2018.

Meanwhile, Indonesia continues to experience improving business sentiment following President Jokowi’s re-election, and looks to be repositioning itself following large-scale infrastructure developments to tackle infrastructure bottlenecks (which have been roadblocks to the business sector), and also to open up more tourist destinations.

The country is turning towards public private partnerships (PPP) to deliver some of its major projects, including energy and transport projects like the PLTGU Jawa-1 gas turbine and the Probolinggo – Banyuwangi and Yogyakarta - Solo toll roads. Consequently, total construction in Indonesia is anticipated to see 11% y/y growth, with the pace of activity then accelerating to average 21% y/y growth between 2019 and 2023.

For Singapore, exposure to global trade flows means that private non-residential activity will remain subdued – but significant Singapore public infrastructure investment projects will drive a rebound in construction work done (particularly in the early 2020s), and it is expected that work done would grow by 8% y/y over the next five years.

Unlike its Southeast Asian counterparts, the more developed economy of Singapore exhibits a more mature construction sector, explained BIS Oxford Economics. The construction sector suffers from slowing economic prospects, deteriorating sentiment and capacity constraints. This is reflected in moderating GDP growth, which is expected to average 2% y/y over 2019-2023, down from 3.3% y/y in 2014-2018.

A large pipeline of commercial projects in Singapore – such as the Guoco Midtown mixed-use development and a mixed commercial development at Central Boulevard – increases the likelihood of supply overhang in the city as economic fortunes and corporate profits suffer, which will dampen developer appetite for new projects in the near term.

According to BIS Oxford Economics, Singapore’s weak demographic outlook, with population growth set to fall below 1% pa over the next five years, will also act as a drag on construction over the long-run. However, investment in health and education buildings is expected to provide a bright spot for the sector, with government expenditure increasing in response to an ageing society and technological disruption.

The research company further highlighted that as a small, open economy, the US-China trade war has hit Singapore particularly hard. The economic uncertainty has spilled over to the real estate sector, and immediate growth prospects now are mixed. Beyond this, the sector is expected to rebound in the early 2020s, to recover from the recent downturn (activity declined 10% y/y over 2014-18). But the recovery will be modest when compared to historical performance, with weak demographic trends and muted house price growth weighing on activity. Overall, residential building work done is projected to grow by 14% y/y over 2019-2023.

Infrastructure programmes ‘to weather the storm’

BIS Oxford Economics pointed out that governments across the region can use infrastructure spending to offset a slowdown in private sector activity; big construction projects tend to have large lead times and, once funds are committed, are expensive and difficult to stop. To this end, the nation-building infrastructure programmes already being rolled out in several countries in the region will be able to weather the storm and are expected to be key parts of expansionary fiscal policy designed to combat the downturn in global growth momentum.

Overall, the research company said its civil engineering construction forecasts are brightest for countries that have committed funding for much-needed infrastructure projects and have continued to streamline regulatory processes. Indonesia, Vietnam and the Philippines top the list of countries in the region for infrastructure spending targets to 2024, while opportunities remain for countries like Malaysia.

In Indonesia and the Philippines, there has been a significant emphasis on transport projects improving linkages between regions and economic zones such as the US$3.4 billion Simpang Indralaya-Muara and Enim-Lubuk Linggau toll road and the US$730 million Metro Manila Skyway, while Vietnam is undertaking large energy investments in projects such as the US$3.7 billion LNG Import Terminal, along with expansions to its transport network including the US$3.5 billion Can Tho City Rail line.

These projects will contribute to a rapid increase in civil engineering construction over the forecast period, with average annual growth of 22% y/y for Indonesia, 20% y/y for the Philippines and 14% y/y for Vietnam projected over 2019-2023. Malaysia faces a more uncertain investment environment, but the government has indicated its commitment to re-start several large infrastructure projects such as the US$33.53 billion Bandar Malaysia infrastructure project.

BIS Oxford Economics is part of Oxford Economics Group, one of the world’s leading independent global advisory firms, providing reports, forecasts and analytical tools on 200 countries, 100 industrial sectors and over 7,000 cities and regions.