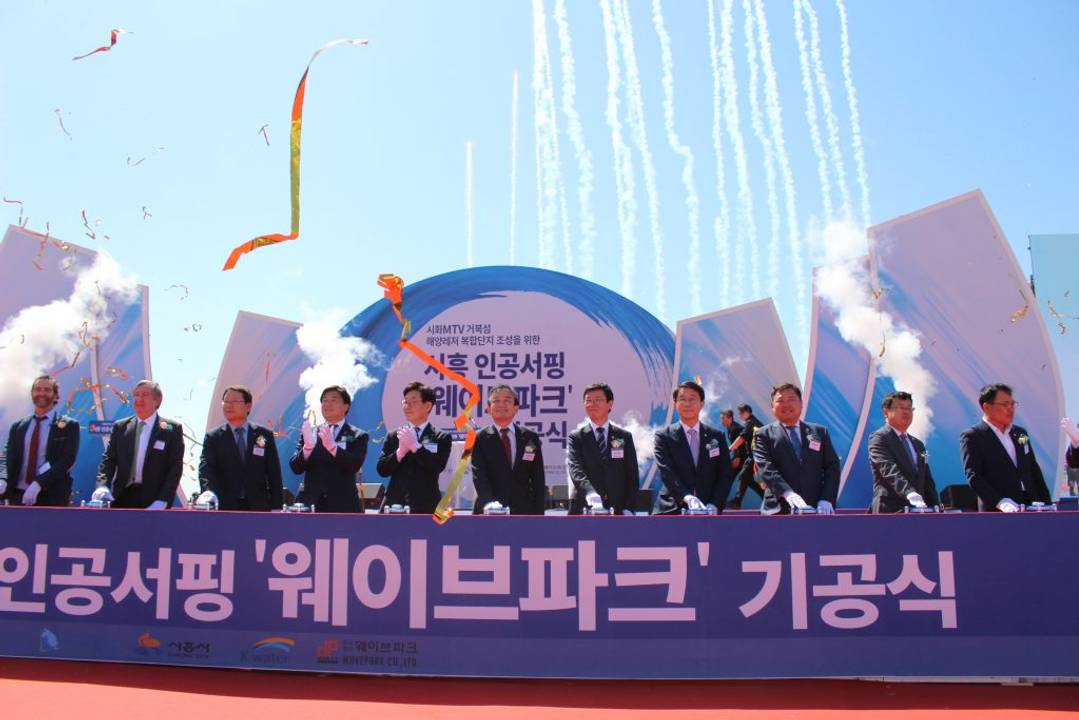 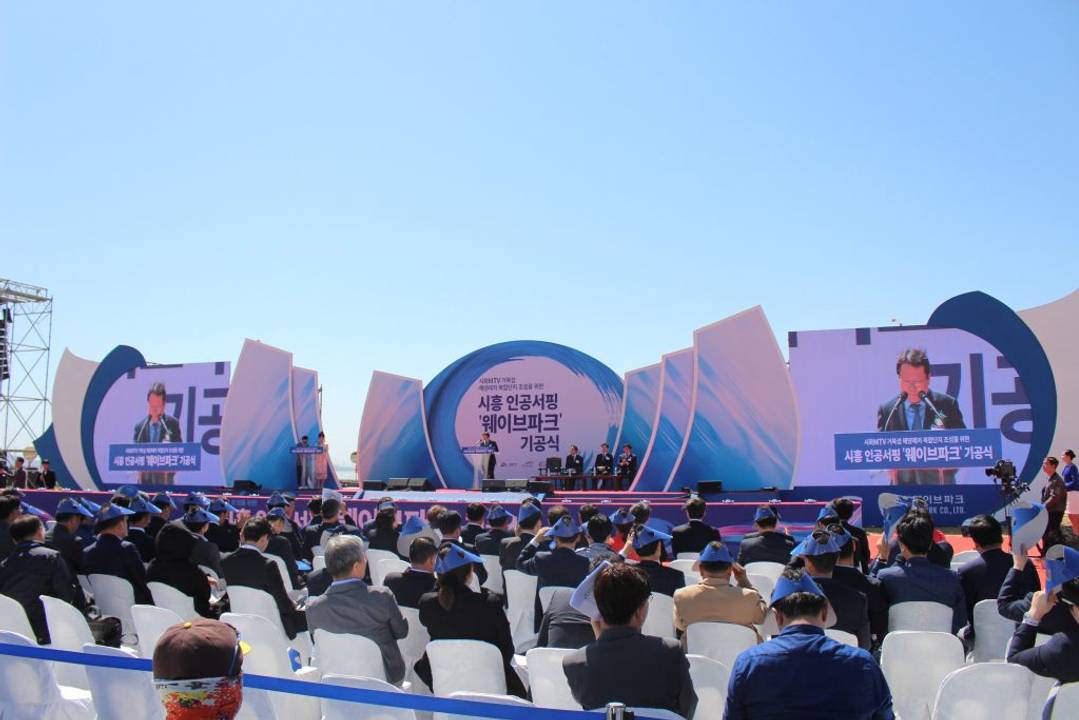 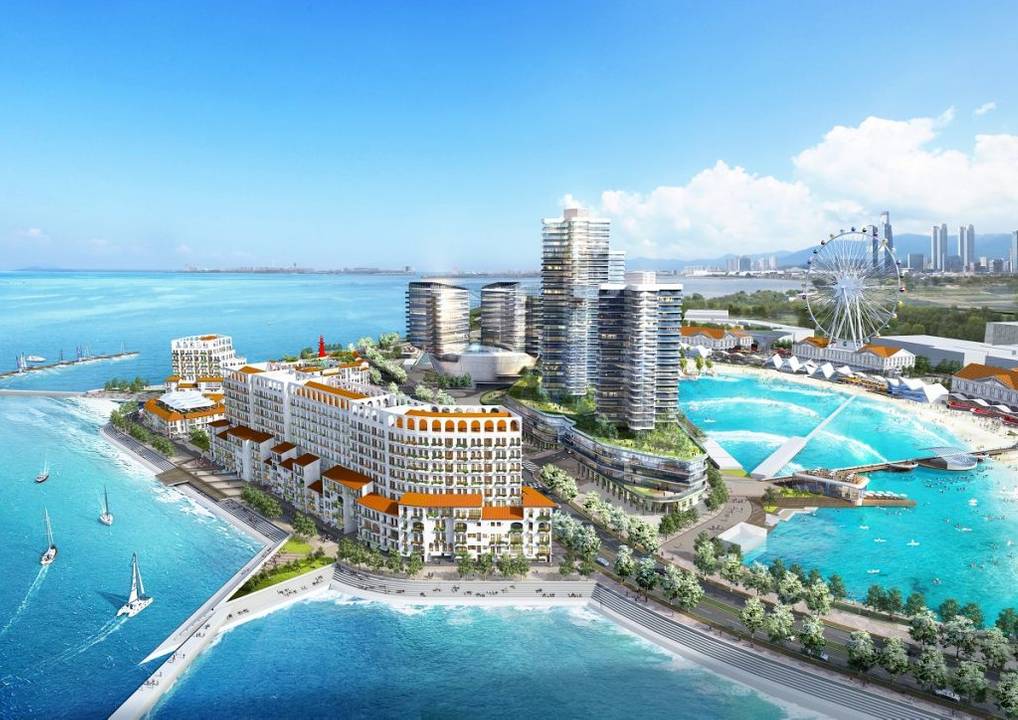 The groundbreaking ceremony for Wavegarden Cove was recently held in Siheung City, South Korea. Upon completion, the project is set to be the largest man-made surf park in the world.

Plans for the Siheung surf park that include a beach almost 1 km long were initially unveiled last November, when the key parties signed a joint business agreement to turn this ambitious vision into reality. Phase 1 of the project will see the creation of Asia’s first Wavegarden Cove on a site covering 166,613 sq m, which is scheduled to open to the public in 2020.

In Phase 2, the Daewon Plus Group, the investor of Wave park, will reportedly invest approximately €430 million to progressively construct a hotel, convention centre, marina, and ferris wheel. Siheung, a city formerly known for its industrial manufacturing business, is expected to transform its venue into an epicentre for tourism and leisure, anticipating two million visitors per year.

“As could be expected, the ceremony was amazing,” said Fernando Odriozola, CCO of Wavegarden. “Our hosts are really embracing the sport of surfing and we’re confident that this Wavegarden project will become a mecca for surfing, not just for Koreans, but also for people throughout Asia”.