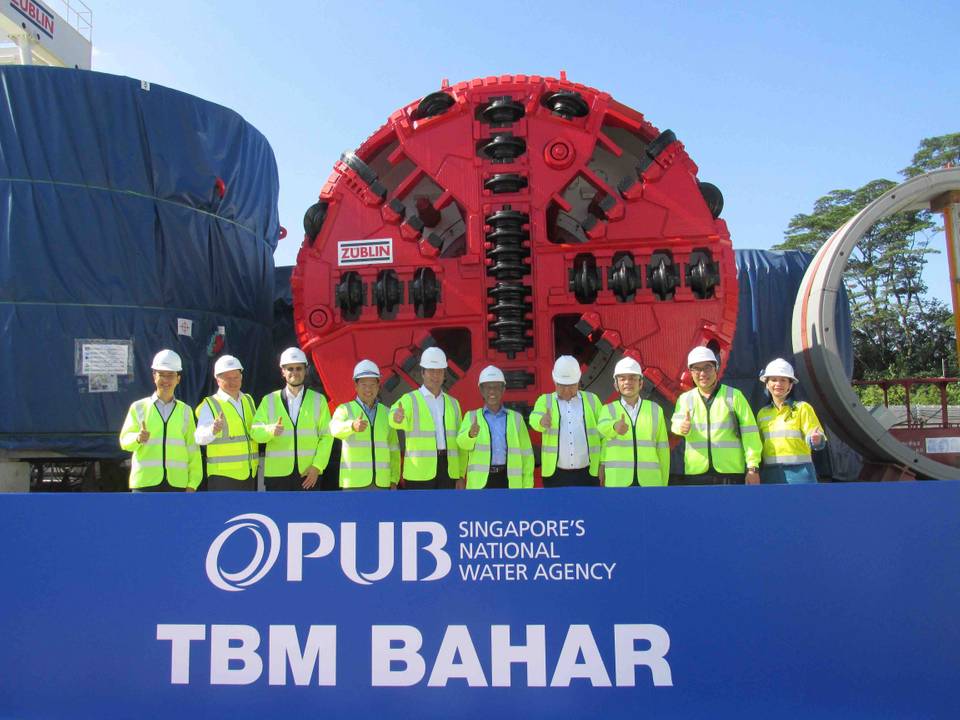 The first TBM for DTSS Phase 2 is named after the jobsite, Jalan Bahar. 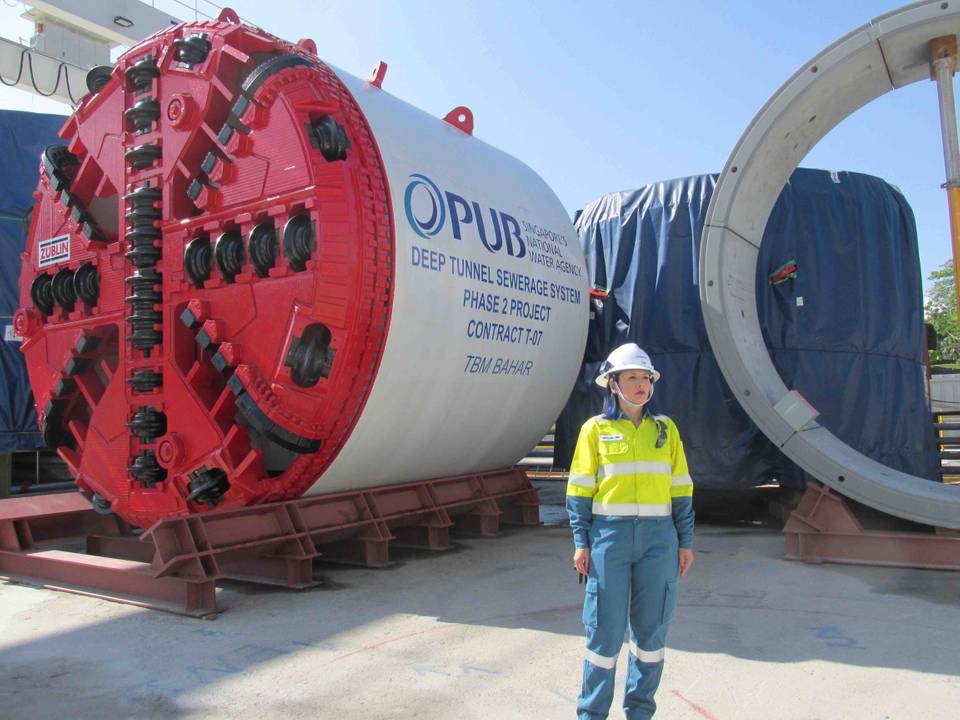 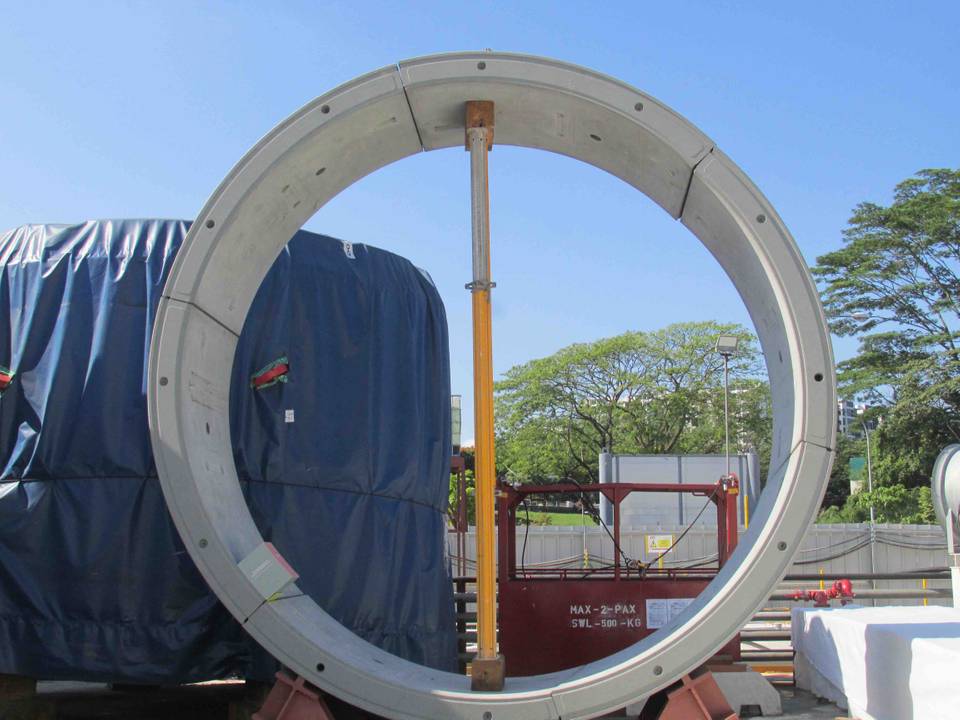 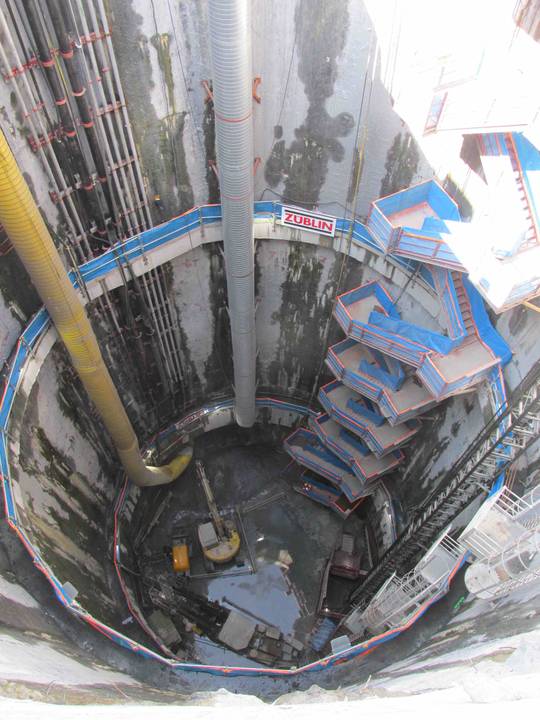 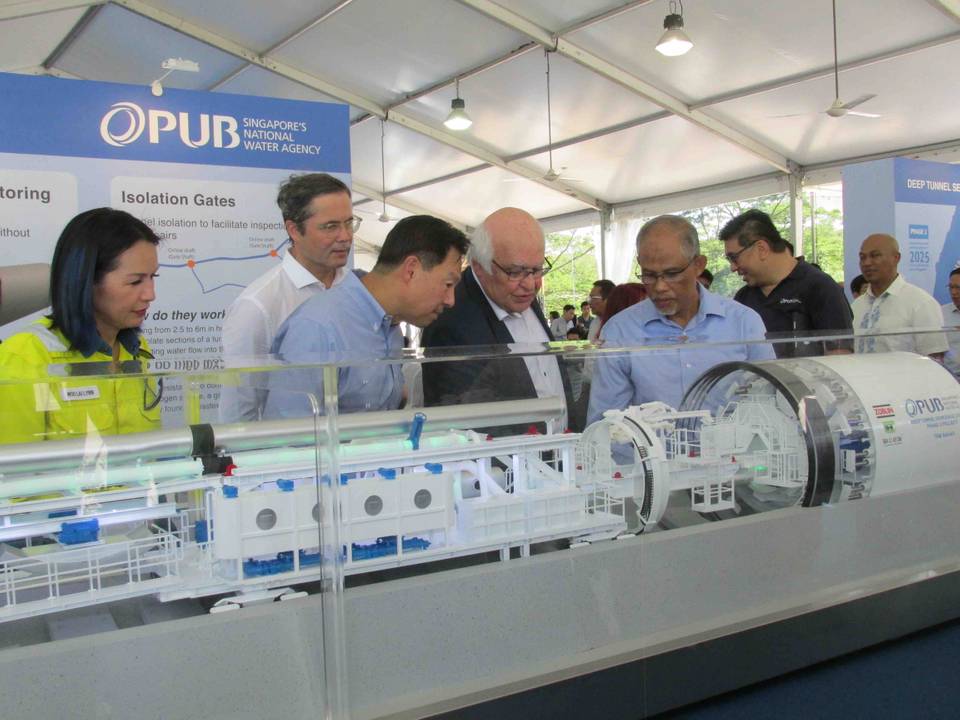 The TBM - manufactured by German company Herrenknecht - features a diameter of 4.87 m, length of 135 m and weight of 676 t.
Singaporeindustrialwater infastructuretunnelling
Views: 1488

The first TBM – called TBM Bahar, which is named after the Jalan Bahar work site where it will be lowered into a shaft - will create a 3.5 m-diameter tunnel 42 m below ground.

According to PUB, a total of 19 TBMs will be used for this project, to dig at depths of between 35 m and 55 m below ground and seabed, creating deep tunnels and link sewers that range from 3 to 6 m in diameter. More than 1.8 mil cu m of soil will be excavated during the tunnelling works.

PUB said it will pioneer the use of Vertical Shaft Sinking Machine (VSM) to construct the shaft - a first in Asia. This method allows the shaft construction and excavation to be carried out simultaneously, compared to conventional methods that require the retaining wall to be installed before excavation can start. It is also safer, added PUB, as all operations are controlled and monitored from the surface.

DTSS Phase 2 deep tunnels will employ other cutting edge technologies and advanced smart sensors at work, highlighted PUB. Constructed using concrete resistant to microbiological-influenced corrosion and lined with High Density Polyethylene (HDPE) to further protect the concrete from the harmful sewer environment, the tunnel will come equipped with a waterproof membrane coating in sections where it goes under the seabed.

During tunnelling, PUB will also utilise a smart tunnel monitoring system known as Shaft and Tunnel Excavation System (STEMS) to act as the nerve centre that provides real-time updates of the TBM locations and instrumentation readings, ensuring safe and smooth operations throughout the construction period with minimal disruption to the structures in the immediate vicinity.

In addition, fibre optic sensors are embedded within the tunnel lining to monitor structural integrity and detecting problems before they become potential risks. The installation of isolation gates at strategic points of the deep tunnel allow for sections of the tunnel to be isolated in the event where used water flow diversion is required. To mitigate odour, forced ventilation equipment called ‘air jumpers’ will also be used in the operations of its air management system in the tunnels – this is said to be a first for Singapore.

The DTSS Phase 2 conveyance system will traverse 100 km across the western half of the island, including the downtown area as well as upcoming developments such as the Jurong Lake District, Tengah Town and the Greater Southern Waterfront.

Comprising 40 km of deep tunnels and 60 km of link sewers, works on the system will be carried out through 18 contracts, including five design and build contracts for the deep tunnel that runs along the Ayer Rajah Expressway from Keppel Road to Tuas View Basin, and another 13 contracts for the link sewers. Tunnelling works are targeted to complete by 2024.

When completed, used water from homes, offices and industries will be conveyed via two tunnels - the 30 km-long South Tunnel (domestic use) and the 10 km Industrial Tunnel (industrial use) - to the Tuas Nexus for treatment and recycling into NEWater.

DTSS Phase 1, comprising the North and Spur Tunnels, the associated link sewers, the Changi WRP and outfall, was completed in 2008. Two NEWater factories, located on the rooftop of the Changi WRP, were officially opened in 2010 and 2017 to facilitate large-scale water recycling.