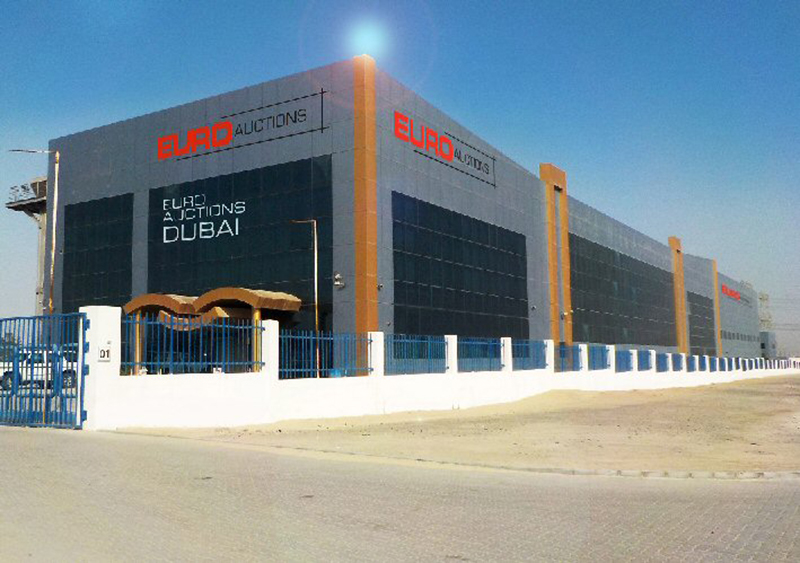 Euro Auctions has expanded into the Middle East with a new permanent auction site in Dubai. The company has leased a 91,000 sq m site from the Jebel Ali Free Zone Authority (JAFZA), which includes a purpose built auction complex covering over 3,000 sq m with a 360 seat, fully air conditioned enclosed auction arena as well as ancillary buildings, workshops and infrastructure.

The first auction in Dubai is planned for 13 September 2017, with four sales per year scheduled to follow.

“As part of the continued global Euro Auctions brand expansion, the Middle East and in particular the United Arab Emirates was always the next country in which to establish a strong and stable operating base,” said Jonnie Keys, Euro Auctions’ commercial manager. “We have many good relationships with buyers and sellers in the Middle East and Africa, and this new auction location will enable us to create stronger relationships with our customers in this region and open the door to many new buyers and sellers.”

He added, “We have seen increased participation in our European and American auctions from the Middle East region over the past year, and in particular in the last six months and indeed have had numerous customers who have requested that we take a larger part in this region, which this facility will allow in addition to growing our customer base.”

Established in 1998, Euro Auctions conducts over 60 major auctions every year. The company specialises in off-site sales, but also offers an online sales platform and markets equipment globally to over 150,000 buyers in more than 95 countries. Euro Auctions now has permanent auction sites in the UK, Europe, Australasia, the US and the UAE.