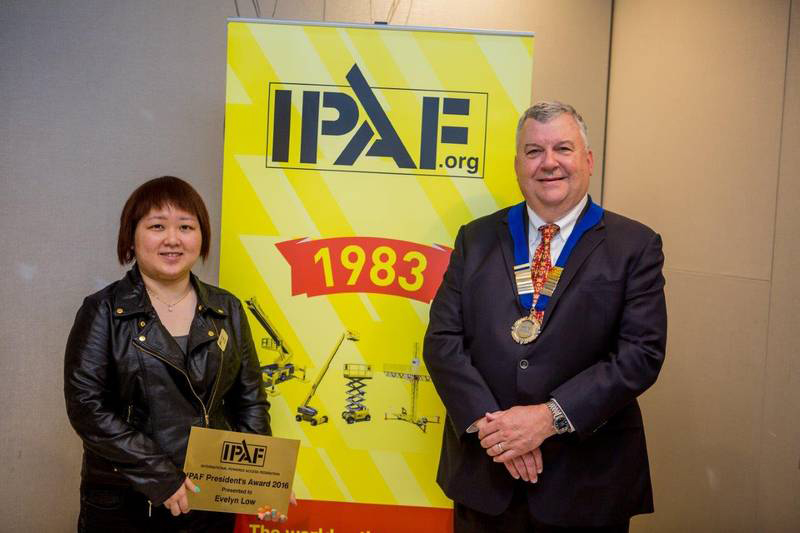 Evelyn Low, regional manager of IPAF South East Asia based in the Singapore office, has passed away on 29 November 2016 following a long battle with cancer. She was 36.

“Evelyn was a great advocate for MEWP safety in this region. Not only did she promote MEWP safety but she also turned industry colleagues into close friends. She was simply influential in making everyone friendly wherever she went. It is a great loss to the industry and she will be greatly missed,” said Raymond Wat, regional general manager of IPAF South East Asia.

“Evelyn has been a passionate and inspirational advocate of all that IPAF stands for and was actively supporting our work until the very end,” added Tim Whiteman, IPAF’s CEO & MD. “She won the IPAF President’s award earlier this year in recognition of her enthusiastic and energetic support. Our deepest condolences go to her family and colleagues, she will be missed.”

The 2016 IPAF President’s Award honours and recognises commitment of individuals in furthering the aims and objectives of the Federation. Presenting the award, IPAF president Andy Studdert said that Ms Low is “enthusiastic, dedicated, hardworking and always has a smile on her face. She has had a significant impact on opening new markets.”