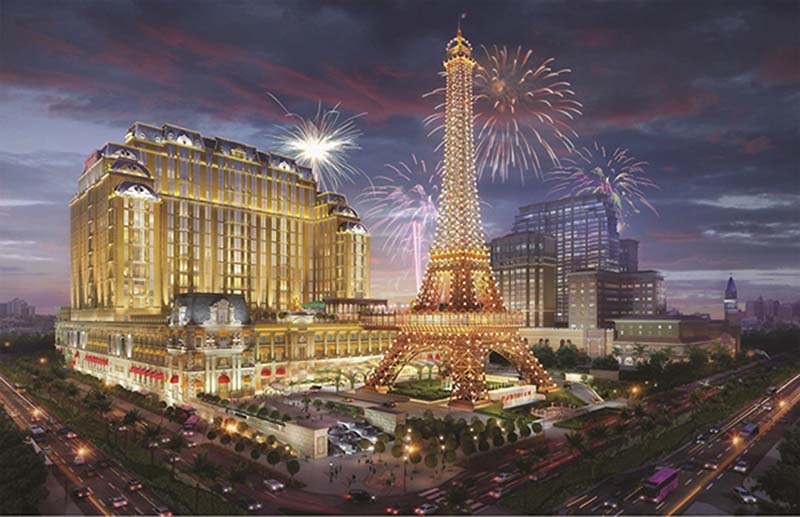 The Macau Eiffel Tower is half the scale of the original. (Photo: Sands China Ltd)
Views: 72

Construction of a recreation of the Eiffel Tower in Macau has been completed. It will form part of The Parisian Macao, an integrated resort, which is currently under development by Sands China Ltd, a subsidiary of resorts giant Las Vegas Sands Corp. The Macau Eiffel Tower is half the scale of the original.

Global engineering consultants Aurecon was closely involved in the planning and design for the distinctive new structure. The company provided full structural engineering consultancy on the job, and helped manage the difficulties of maintaining an authentic design while addressing the challenges caused by extreme weather, a congested construction site and the anticipated high number of visitors.

At the project’s outset, Aurecon provided the drafting of the tower using Revit software, which allowed the team to visually represent the complicated design connections in 3D. This made it easier to detect any potential challenges or clashes that might arise during construction even before building work had begun. As a result, this ensured time-consuming amendments at the shop drawing preparation or fabrication stage were avoided.

According to Dr Alecs Chong, Aurecon’s project leader on the Macau Eiffel Tower, a close co-operation between the design and construction teams started at the earliest stages of the project, and has delivered efficiency improvements from the beginning.

“The original structural performance criteria for this project were specified at an early stage and were largely based on the criteria commonly used for conventional office or residential buildings,” explained Dr Chong. “However, given that the tower behaves as a slender, open-lattice structure, some of the serviceability performance criteria were too conservative and after consultation with stakeholders, these were subsequently relaxed. So, clear communication between the design and construction teams, supported with sound technical evidence, delivered an outcome that would allow the design team maximum flexibility.”

*Detailed information on the project will be published in the Jan/Feb 2016 issue of SEAC.