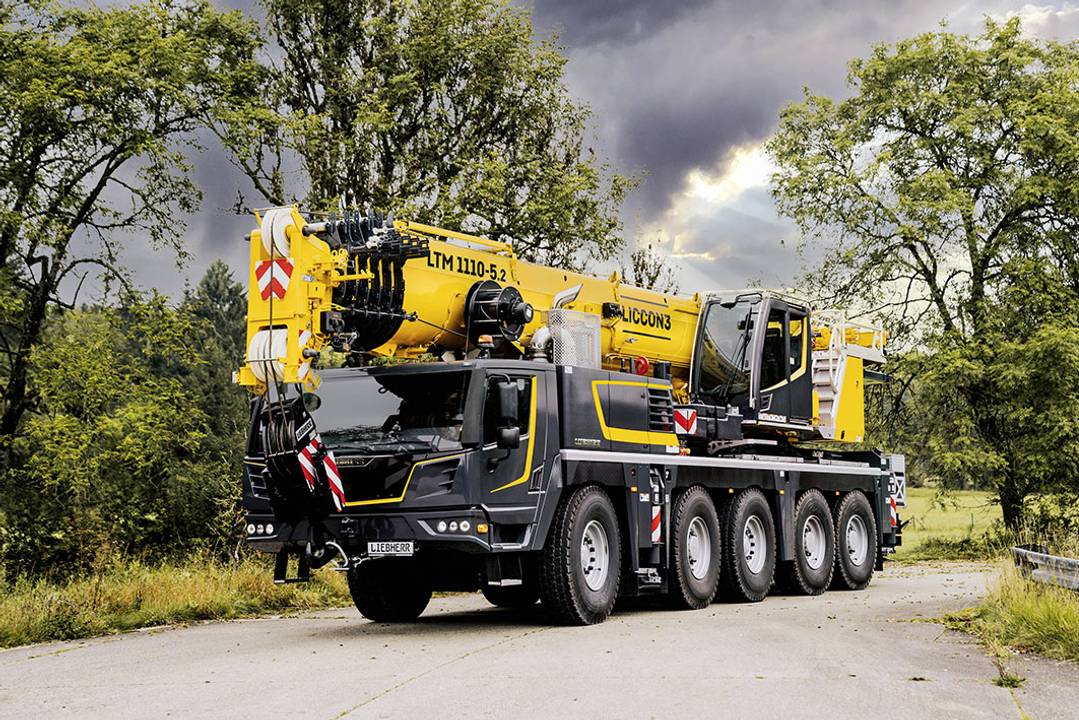 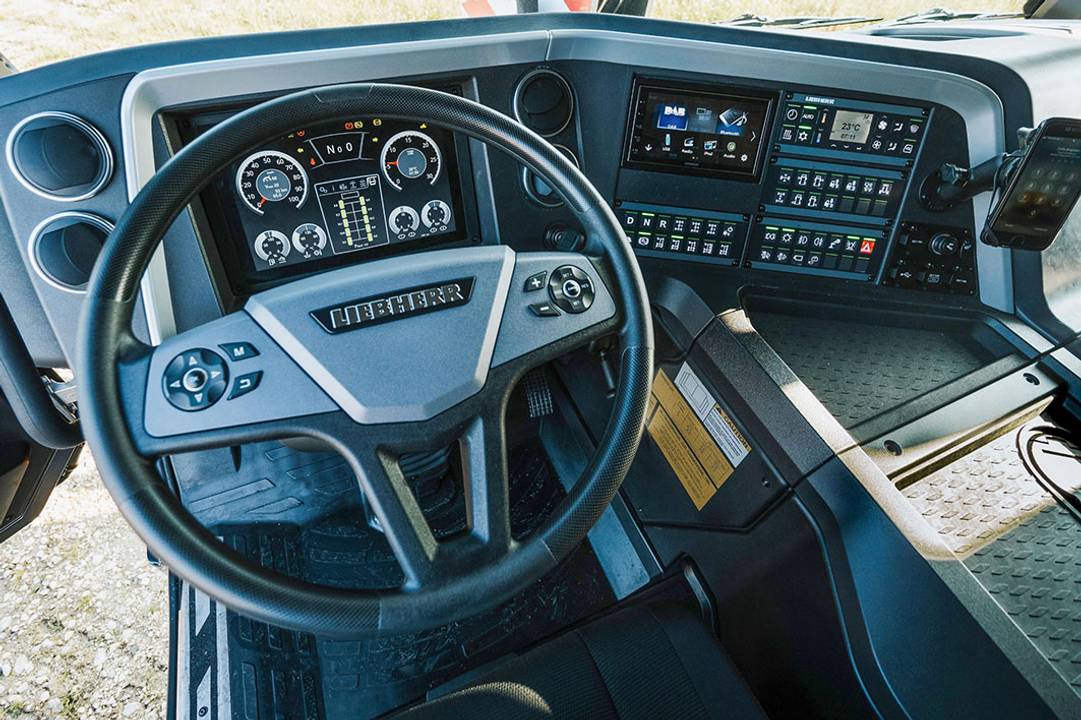 The crane has a multifunction steering wheel, improved instruments and keypads as well as new displays. 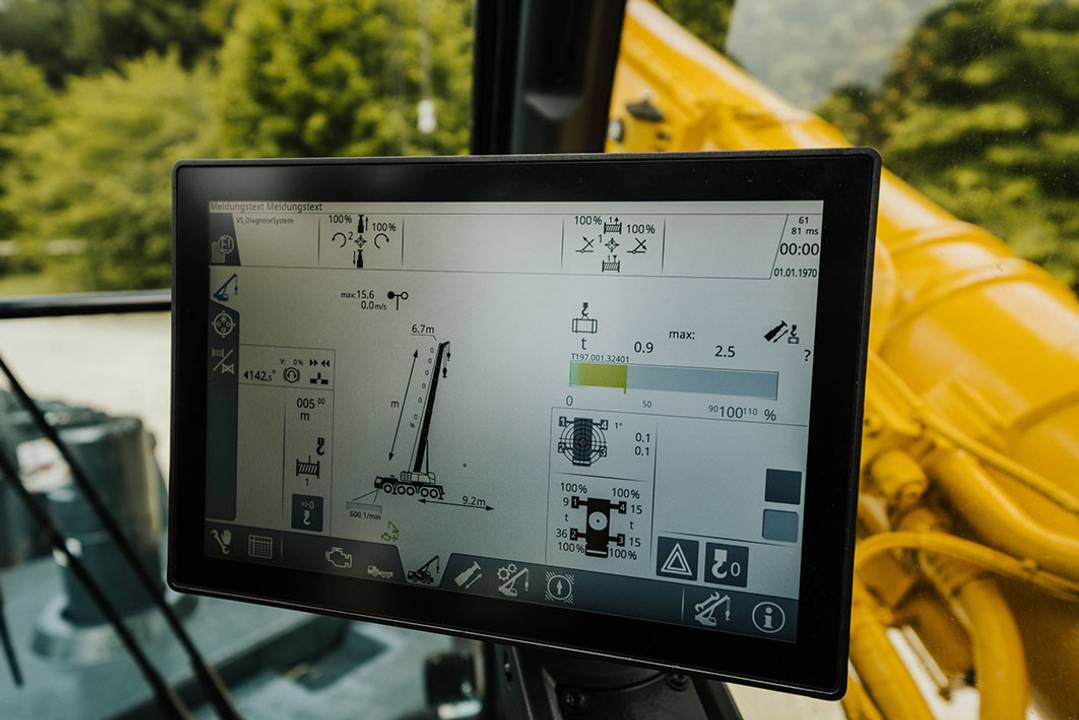 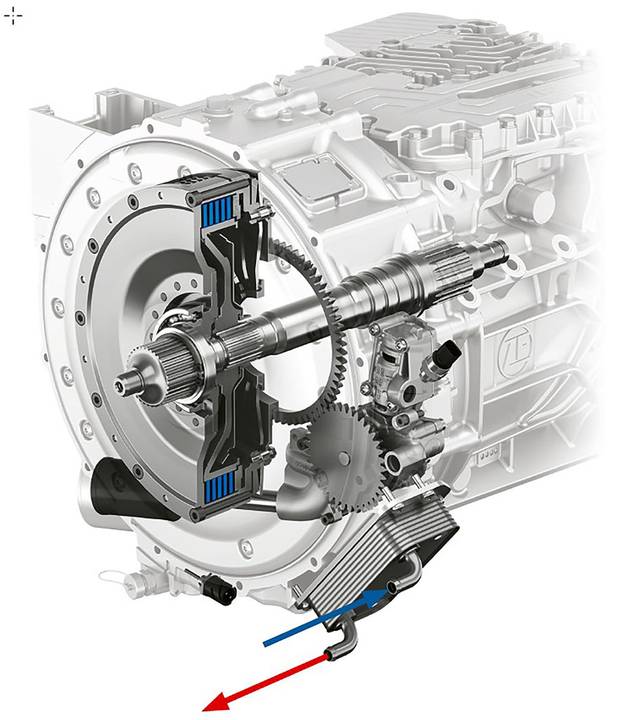 The Liebherr LTM 1110-5.1 mobile crane has been renamed the LTM 1110‑5.2, equipped with three new features – the crane control system, the driver’s cab and the gearbox. This five-axle, 110-t crane is a best-seller with its powerful 60-m telescopic boom and variable axle loads for maximum mobility all over the world.

The Liccon3 is the third generation of the Liccon (Liebherr computed control) control system, designed with a new software package and programming language as well as a faster databus, significantly more storage space and more computing power.

“At the same time, we must be future-proof as the progress currently being made in microelectronics is immense. Complex applications, such as VarioBase, which require a great deal of performance data, can now be developed more frequently in the future. The current Liccon2 control system is reaching the limits of its capacity.”

The similarities with the current control system are wide-ranging. Hardware components, such as the BTT remote control terminal, have been included. The touchscreen function on the new large display in the superstructure cab means that it is now even easier and more comfortable to control. The way in which the information is shown has also been revised and simplified.

Furthermore, Liccon3 cranes are prepared for telemetry and fleet management systems as standard. In the future, crane contractors will be able to view and evaluate all the relevant data using the MyLiebherr customer portal.

Liebherr has developed the modern design of the new driver’s cab in collaboration with designer Jürgen R. Schmid, Design Tech, Ammerbuch (Germany). It was rewarded with the renowned American Good Design Award 2020 in the ‘Transportation’ category.

The modern design features premium materials and timeless lines, plus numerous improvements for the crane driver. These include the new multifunction steering wheel, side roller blind on the driver’s door, improved instruments and modules as well as new displays. Several options, such as the central locking system with remote key, the cool box and tyre pressure monitoring system provide additional comfort.

A new, advanced automatic heating and climate control system in both the driver’s and operator’s cabs guarantees comfortable working conditions. A sun sensor detects strong sunshine and automatically adjusts the heating settings. In addition to the standard radio with hands-free facility, a double DIN radio with extended functions is available as an option.

The lighting packages for the crane cabs, the superstructure, the rear of the vehicle, the front headlights and the telescopic boom and lattice jibs have been improved and now feature LEDs.

The innovative DynamicPerform clutch module delivers almost zero wear starting and manoeuvring for the modular ZF TraXon gearbox without overheating. The new clutch module transmits the engine power via an oil-cooled plate pack that runs in oil. The friction heat generated when starting is dissipated in the clutch oil and supplied to the vehicle’s cooling system via an oil/water heat exchanger.

Due to the higher energy and power consumption, together with a calculation model, permanent and almost wear-free manoeuvring is made possible. An implemented clutch protection function also prevents overheating of the clutch and the associated increased wear or destruction of the clutch in extreme load cases. This, in turn, prevents downtimes and helps to significantly extend the service life of the drivetrain.

Liebherr was ZF’s partner in the development of the TraXon DynamicPerform and its integration in the drivetrain of mobile cranes. “As a result of the close collaboration with ZF and a very intensive phase of testing, the new gearbox version is now ready for widespread use. The cooling performance of the DynamicPerform clutch module has been significantly increased yet again by means of improvements to various hardware components,” said Josef Schick, head of testing department at Liebherr.

“The model has also been refined for calculating the disc temperature. Vehicle tests in a refrigeration chamber at temperatures as low as minus 40 degrees have confirmed that DynamicPerform works very well even in extremely low temperatures. We have managed to solve all the initial problems. Overall, we can safely say that there are worlds of differential between a dry clutch and the new wet starting clutch!”