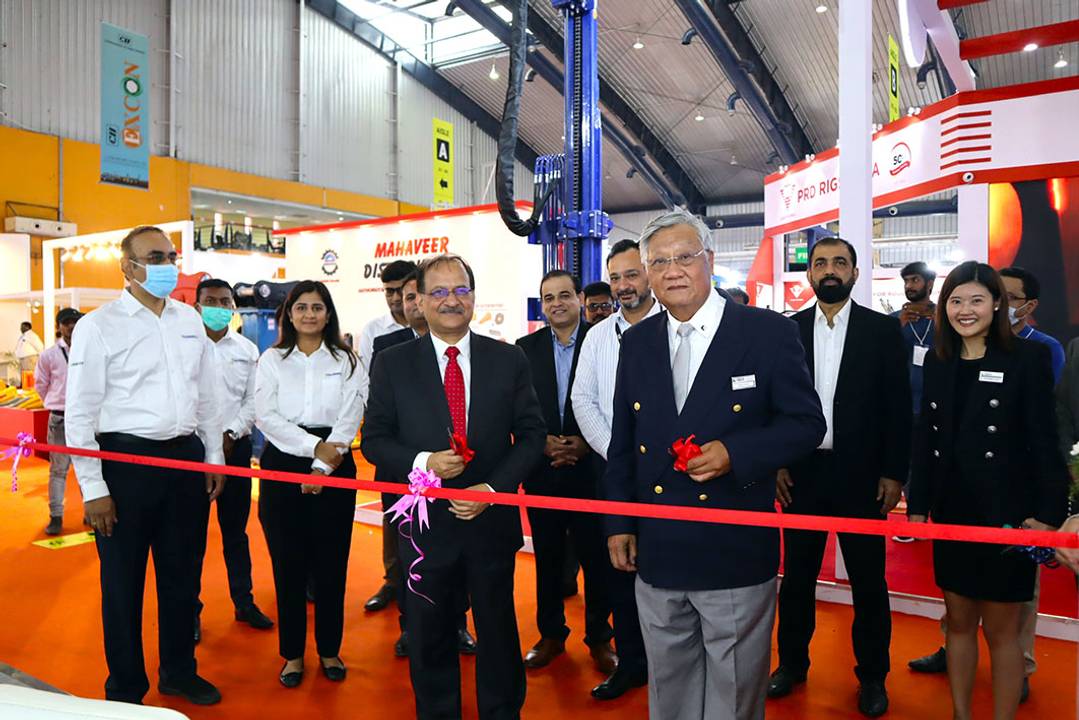 Lintec & Linnhoff announced a new partnership with Gainwell at Excon India in May 2022. 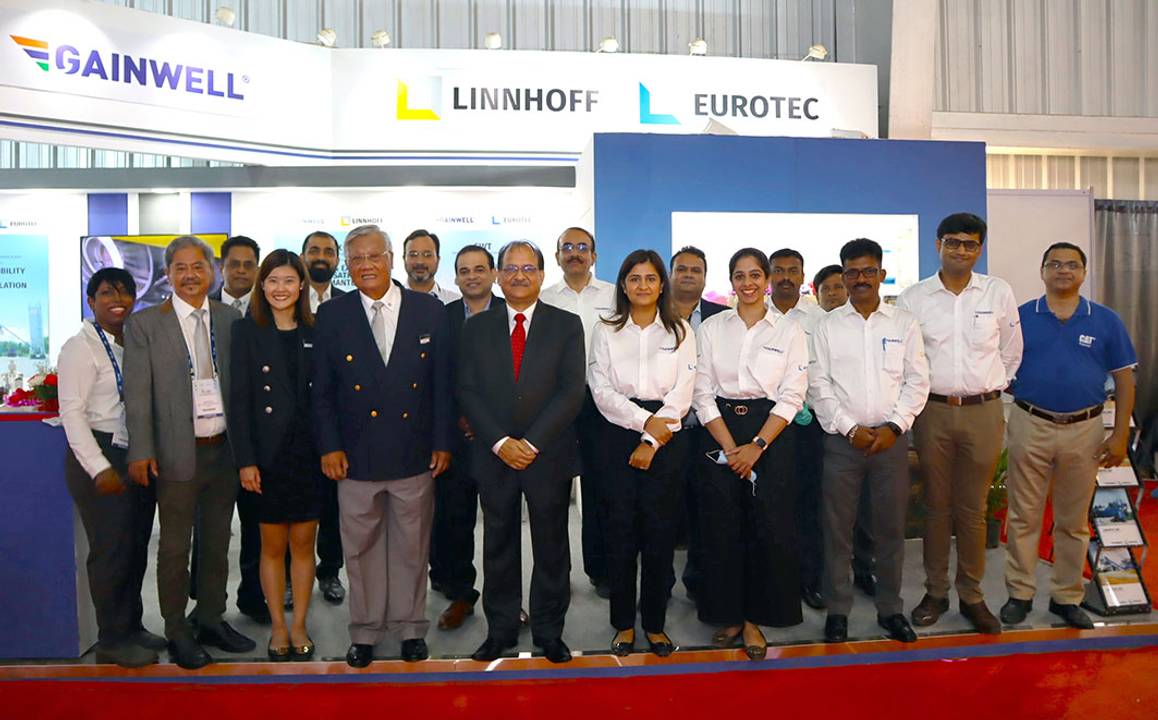 Representatives from Lintec & Linnhoff and Gainwell at Excon India. 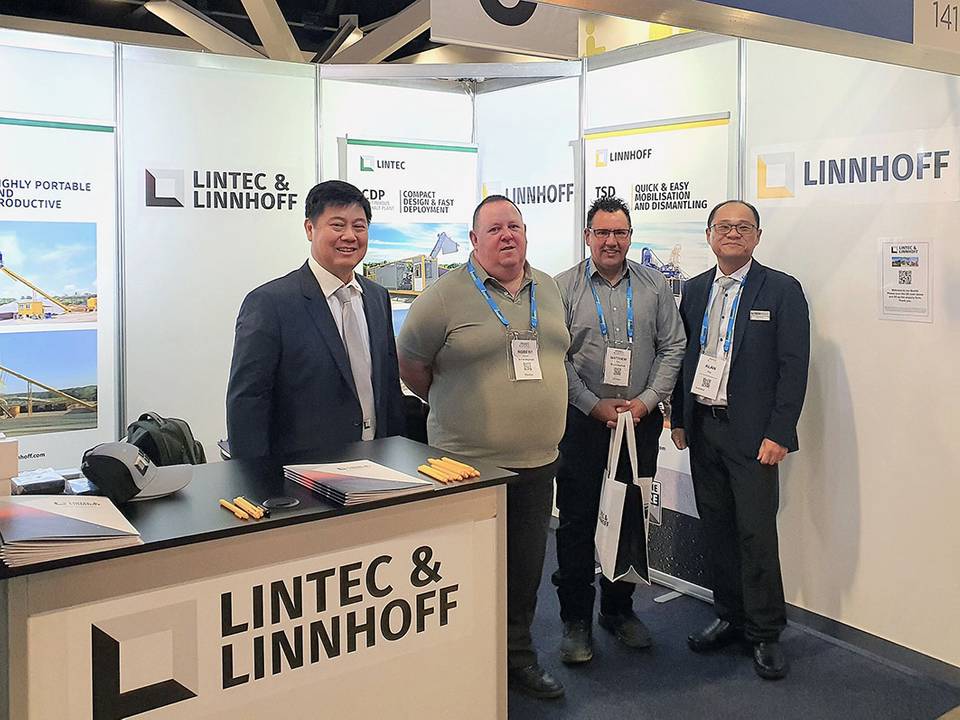 Lintec & Linnhoff at the National Roads & Traffic Expo in Sydney, Australia, in May 2022. 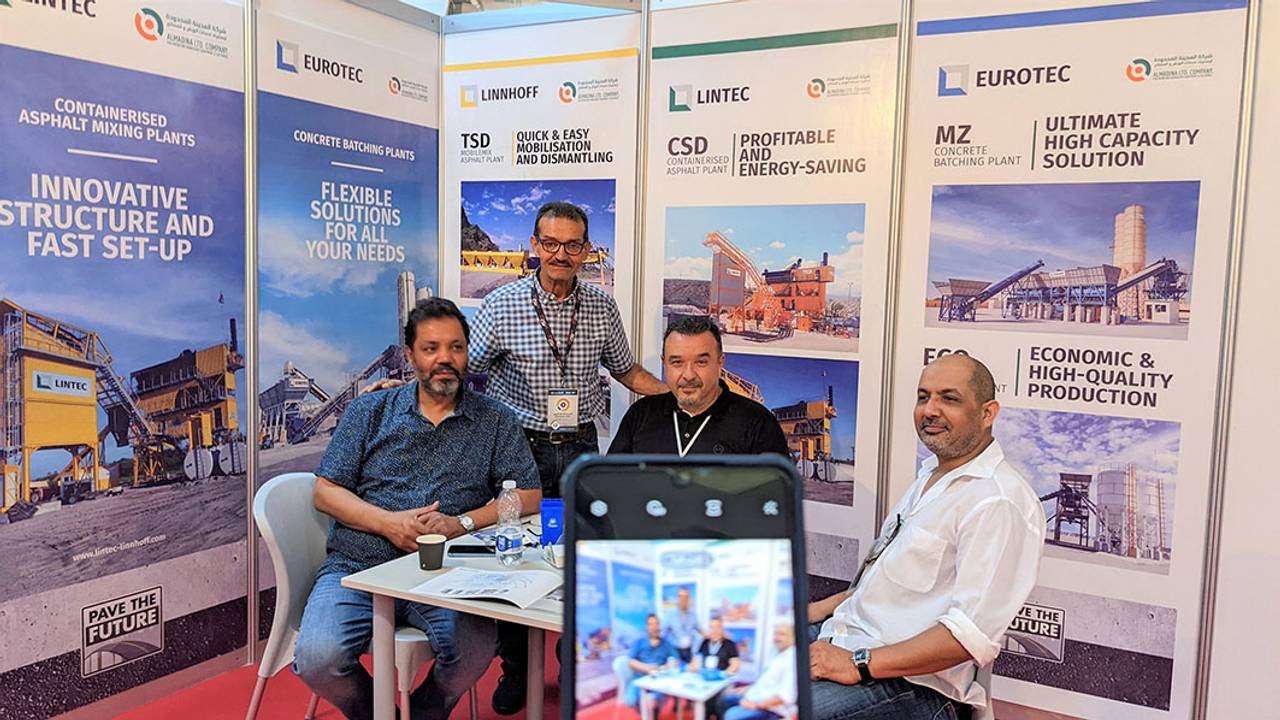 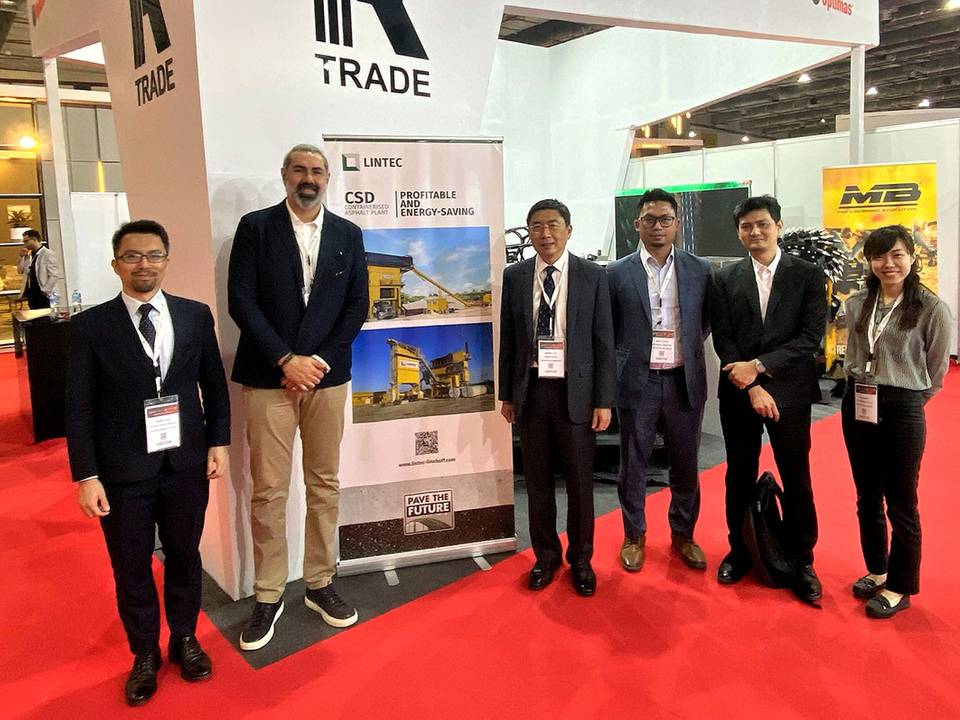 Lintec & Linnhoff has announced a new strategy to focus its events and marketing efforts on participating in as many local and regional shows as possible. The company has expanded its business to multiple markets in recent years and wants to ensure it is well represented in key regions such as the Middle East, Africa, Latin America, Asia and Australia. As a result, it will shift the focus away from global exhibitions, including this year’s bauma 2022 in Munich, Germany, where the company will not be present.

“As Covid restrictions ease and events return to our calendar, we’ve seen a really positive response from shows in the Middle East, South Asia and Asia Pacific. It underlines how important it is for us to strengthen our connection with our customers at regional and local levels. We still see value in global trade shows such as bauma, but we also want to invest in reaching our customers within their home markets. This means customers will be seeing us at plenty more shows all over the world in the coming months!” explained Christabel Chan, global business manager at Lintec & Linnhoff.

So far, 2022 has been a busy year for Lintec & Linnhoff in terms of exhibitions. In March, the company joined the Big 5 Saudi show in Riyadh, Saudi Arabia to promote its Lintec, Linnhoff and Eurotec asphalt and concrete plants to the Middle East. In collaboration with local partner Medco, the company enjoyed a productive event, fielding multiple enquiries for its Lintec asphalt plants, Eurotec concrete plants and Linnhoff asphalt plants.

Just a few weeks later, Lintec & Linnhoff was present at Excon India, which took place from 17 to 21 May. At this show the company made a significant announcement with a press conference and co-branded booth, launching its new partnership with Gainwell Engineering Pvt Ltd and Gainwell Commosales Pvt Ltd. Under the terms of the new partnership, the company will now build in India its Linnhoff DRX DurableMix and TSD MobileMix asphalt plants, as well as its Eurotec Swiftec SWT concrete plant. Gainwell will also handle all distribution and aftersales service in India, Nepal and Bhutan.

At the same time as Excon India, Lintec & Linnhoff also participated in the National Roads & Traffic Expo in Sydney, Australia, which was held from 18 to 19 May. The company saw increased interest in its asphalt and concrete plants in the country as it celebrated the sale of a Lintec CDP5001M continuous asphalt plant to KEE Group in Perth earlier in the year.

May proved to be the busiest month of the year for Lintec & Linnhoff thus far, with a further trade show appearance, this time through dealer Almadina at Libya Build which ran from 30 May to 2 June. The following month saw another dealer appearance in the region, this time with Rsquared Trade participating in the Big 5 Construct Egypt which took place from 25 to 27 June, again to promote the Lintec, Linnhoff and Eurotec asphalt and concrete plants and concrete cooling systems. A Lintec CSD2500B asphalt plant was recently sold in Egypt, renewing local interest in the company’s asphalt and concrete plants.

For the last six months of 2022, Lintec & Linnhoff will continue its focus on meeting with customers at a local level. First up will be the M&T Expo Brazil, which is running between 30 August and 2 September. Here, the company will promote its popular Lintec CSD containerised and CDP continuous series of asphalt plants.

Later in September, the focus remains in Latin America as Mexican dealer TRACSA showcases the company’s products at AMAAC 2022, to be held from 21 to 23 September in Mexico. Again, the popular Lintec CDP continuous asphalt plant and CSD containerised asphalt plants will be promoted. These two series of Lintec asphalt plants have worked on a number of key projects, like the improvement of the access road in Iguaçu Falls, Brazil (CSD2500B), Pan-American Highway in Guatemala (CDP14001M) and many other road and highway projects.

Heading back to Asia in October, Lintec & Linnhoff will be taking part in the 11th Malaysian Road Conference in Kuala Lumpur, Malaysia. Between 11 and 13 October, the company will be on-site to promote its Lintec and Linnhoff asphalt plants to local road industry contractors and practitioners. It has sold many Lintec and Linnhoff asphalt plants as well as Eurotec concrete plants in Malaysia for several high profile projects. These include the Chan Sow Lin , Merdeka 118 tower and Pan Borneo Highway.

As the year rolls into its final two months, there will be no slowdown in activity. First up is Philconstruct Manila in the Philippines, taking place between 3 and 6 November. Here, Lintec & Linnhoff will promote its full range of asphalt and concrete plants in one of its strongest markets.

During the third week of November, it is back to Latin America, for CILA 2022, running from 20 to 25 November in Uruguay where the growing market has huge potential. Again, the Lintec CDP continuous asphalt plant and CSD containerised asphalt plants will be the focus of promotions.

Finally, the year closes out for the company with Big 5 Dubai, from 5 to 8 December. After a successful show at the same event in 2021, Lintec & Linnhoff will once again promote its Lintec, Linnhoff and Eurotec asphalt and concrete plants and concrete cooling system to the Middle East region.

“Our relationship with customers is built on quality, trust and service. An important part of that is understanding their needs and providing equipment solutions that help them improve their operations. Local events and exhibitions are hugely valuable for us in facilitating conversions. 2022 has been hugely successful and we are already looking forward to 2023,” concluded Ms Chan.