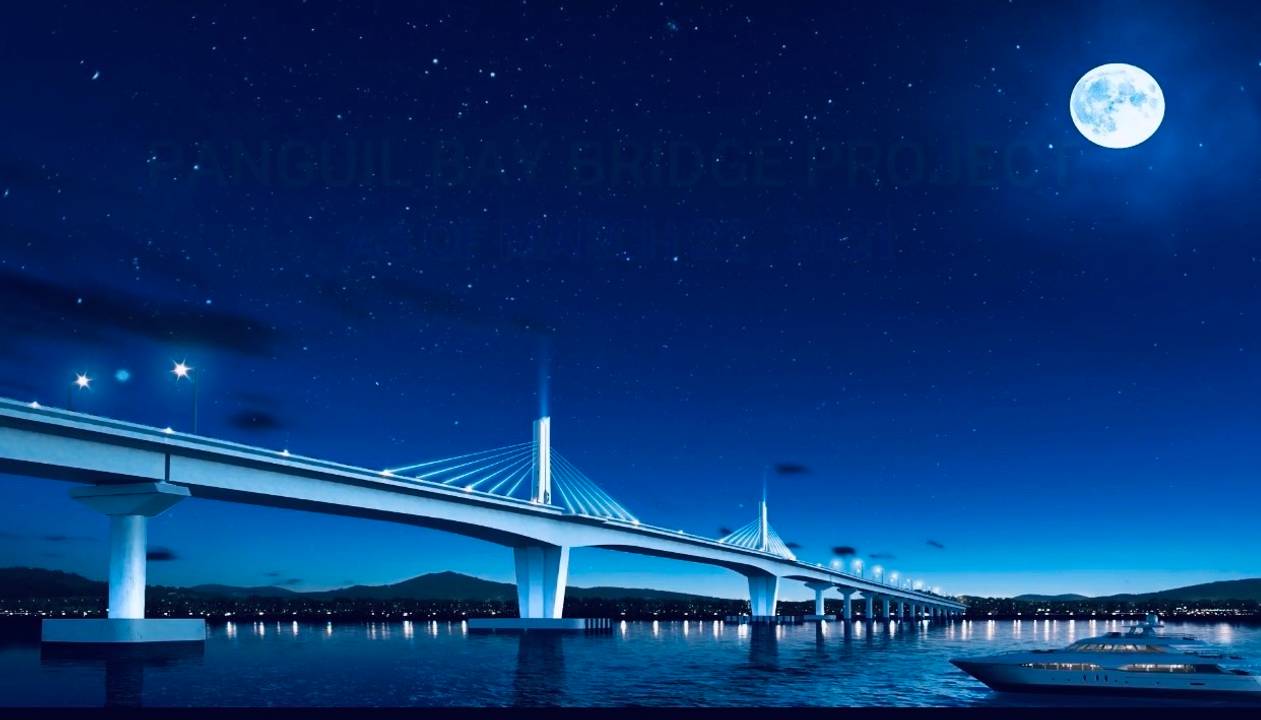 An artist’s impression of the Panguil Bay Bridge.
PhilippinesbridgeDPWH
Views: 295

Construction of the 3.169-km Panguil Bay Bridge in Northern Mindanao is moving ahead, with bored piles for the piers and abutments halfway done, announced the Philippines’ Department of Public Works and Highways (DPWH) in its recent statement.

The offshore construction works by Korean joint venture contractor Namkwang-Kukdong-Gumwang across Panguil Bay were inspected by DPWH in early November. According to Mr Sadain, each of the completed bored piles is subjected to cross hole sonic logging test after seven to 14 days of concrete pouring in order to ensure quality by assessing the integrity of materials used in the cast-in-site pile, as well as load test to determine the safety factor.

DPWH added that there are two land and sea-based batching plants available for the project, each with a supply capacity of 120 cu m of ready-mixed concrete per hour.

“To move the construction of bridge substructure as quickly as possible, one bored pile is completed within an average period of seven days with all the total requirements aimed for completion by the first quarter of 2021,” continued Mr Sadain.

The PHP 7.38 billion Panguil Bay Bridge is one of the flagship infrastructure projects implemented by the DPWH - UPMO Roads Management Cluster 2 (RMC 2), built to provide a convenient inter-island travel in Northern Mindanao. It is funded by a loan agreement between the Philippine Government and Korean Export Import Bank.

Upon completion, the bridge is expected to reduce travelling time between Tangub City and Tubod from two and a half hours to just seven minutes. It will also shorten travelling time from Cagayan De Oro and Iligan to Tangub and the northern Zamboanga Region.

According to DPWH, the project has employed about 200 people so far. The manpower requirement is anticipated to reach 500 when the bridge superstructure activities begin in 2022.