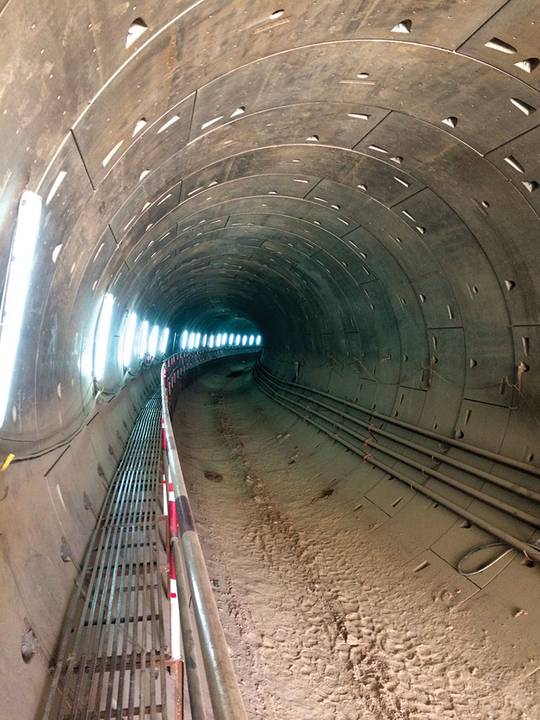 Ahmedabad is the most populous city in the state of Gujarat, India. Over the last few decades, it has developed into an important economic, industrial and educational hub. To keep up with the growing population, the road and rail networks in the city needed to be expanded.

With that in mind, the Gujarat authorities are investing heavily in an infrastructure project for a metropolitan transport system to connect Ahmedabad and nearby Gandhinagar, the capital of the state.

Construction of the new rail network, developed by Gujarat Metro Rail Corporation (GMRC) Limited, will be carried out in two phases: phase 1, which is already underway and scheduled to be completed in 2023, and phase 2, for which the tender process is currently ongoing.

Phase 1 consists of the north-south and east-west lines, with a combined total length of approximately 40 km. They are planned to connect the four cardinal points of the city, including outlying residential and industrial zones. There will be 32 stations (15 along the north-south line and 17 on the east-west line), 13 of which will be located underground.

Phase 2 comprises a further 28 km of track and 24 stations. Once the Ahmedabad Metro system is fully completed, it will have a total length of 69 km and a daily capacity of 1.5 million passengers. Contractors on the project are Larsen & Toubro and Afcons Infrastructure Limited.

Although the first phase of the project is still under construction, several sections of the network have been completed, including a 6-km section of the east-west line which was inaugurated in March 2019. Part of the work involved underground excavation using an EPBM-type (earth pressure balance machine) TBM (tunnel boring machine).

Mapei, through its Indian subsidiary, was engaged to provide concrete admixtures, waterproofing systems and other products for underground work. During excavation of a twin-bore tunnel, the solutions from the company included Polyfoamer FP and Polyfoamer FLS high-performance, liquid foaming agents for ground conditioning; Mapedisp FLS liquid dispersing agent for mechanised tunnelling and drilling; and Mapeblox T tail sealant, applied in the excavation of tunnels with shielded TBMs.

To construct a diaphragm wall, Mapei’s modified acrylic-based super-plasticising admixture Dynamon SX404 (which is manufactured and distributed on the local market by Mapei India) was used to produce concrete with high mechanical properties, excellent workability and durability. This admixture was also added to the concrete used to build several structures in the metro stations.

To waterproof the tunnels excavated using the NATM (New Austrian Tunnelling Method) technology, Mapei supplied its Mapeplan TU S – a single-layer, synthetic membrane with an in-built signal layer. This system was also employed for waterproofing operations at the intersection between the two lines of the metro. Mapeplan TU S is manufactured by Polyglass, a subsidiary of Mapei.

The access ramps to the stations and various areas of the station buildings were waterproofed with Purtop 1000 – a two-component, solvent-free, polyurea membrane applied by spray using a high-pressure, bi-mixer type pump – after treating the substrates with Primer SN.

Primer SN is a two-component, fillerised epoxy resin-based primer. Thanks to its special formulation, this system features the ability to penetrate into substrates and may even be applied on moderately damp surfaces.

Mapei India was supporting the Ahmedabad Metro project from 2018 to 2020.

(The article courtesy of Realta Mapei International no. 84)