SOUTHEAST ASIA CONSTRUCTION03 Mar 2021
‘It is one of the most important aspects for civil society development’
For Frenchsie, the joy of being able to contribute directly to infrastructure developments in Indonesia is priceless. She was part of the team that supervised the construction of the LRT system in Palembang. 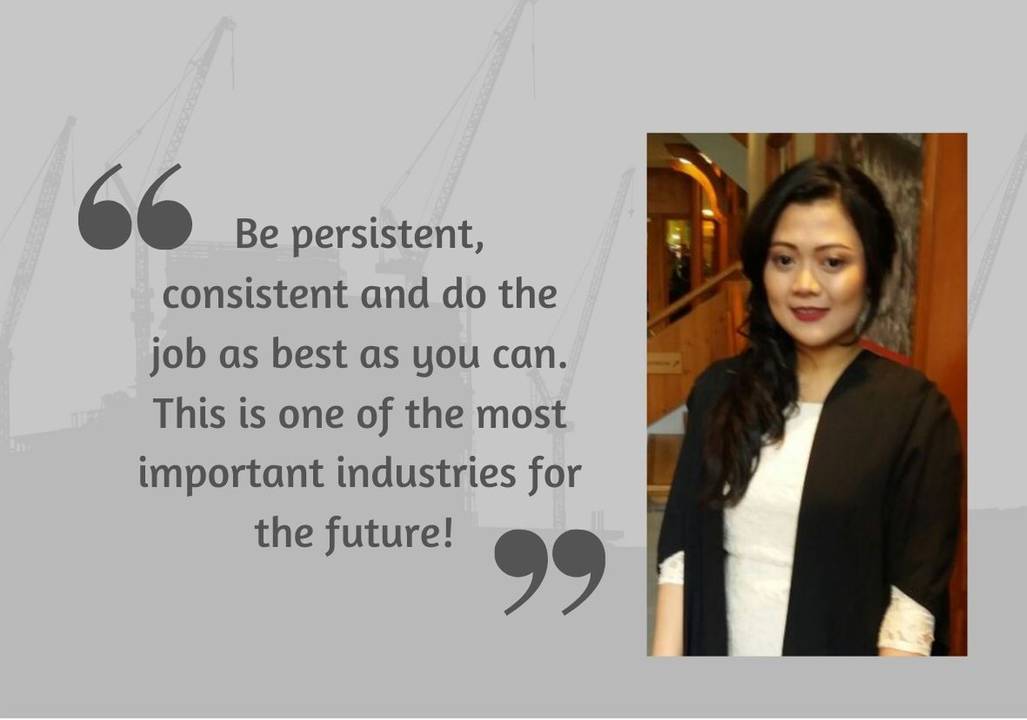 Frenchsie encourages women to join the construction industry, as she finds it interesting. “It also contributes to improving the standard of living for people in the city as well as in the country as a whole,” she says.
IndonesiaSMECWomen in Construction
Views: 875

Growing up in Indonesia, Frenchsie Kumoroputri was often captivated by the skyscrapers and flyovers she saw across Jakarta during her annual visit to the capital with her parents. “It was my favourite part of the trip,” she remembers. “I thought they were really beautiful and very useful.

“I felt I would be content if I could witness the tangible results of my work and at the same time contribute to the infrastructure developments of the country.”

Frenchsie went on to realise her dream.

Now working as a project engineer in Jakarta at global design and engineering company SMEC, Frenchsie not only assists her project manager but also collaborates with contractors and clients on various infrastructure projects.

Her job enables her to interact with experts from a wide range of fields, a benefit she enjoys. “I’m surrounded by experienced professionals who I can learn from.”

More importantly, Frenchsie is now able to contribute directly to infrastructure developments in Indonesia. One of her memorable projects was supporting the 2018 Asian Games, which took place in Jakarta and Palembang from mid-August to early September 2018.

Frenchsie was part of the team at SMEC that supervised the construction of the light rail transit (LRT) system in Palembang, in the Indonesian province of South Sumatra. The new line was opened to the public on 1 August 2018, just in time for the Games.

“In this project, the contractors and SMEC managed to conduct design review, value engineering and cost-saving identifications that led to significant cost reduction and faster construction of the LRT,” Frenchsie explains proudly.

For her, the satisfaction of building such essential infrastructure is indeed priceless and serves as a reminder of why she joined the industry in the first place. “I like being in the construction industry, as it touches every aspect of civilisation.”

As a female engineer in a highly male-dominated industry, Frenchsie mentions that she faced challenges in the beginning, especially when dealing with senior contractors and clients. “I overcame these challenges with positive thinking, and concentrating on my own work and responsibilities and overall project goals. I’d let them see the end results.”

Frenchsie notes, however, that gender issues in the construction industry are becoming less pronounced nowadays. “What makes a difference is our work attitude, results and contributions.”

She encourages women to be part of the construction industry, as she finds it interesting. “It is one of the most important aspects for civil society development, and also contributes to improving the standard of living for people in the city as well as in the country as a whole.”

Frenchsie’s advice on how to excel in the construction industry is to “be persistent, consistent and do the job as best as you can. This is one of the most important industries for the future!”