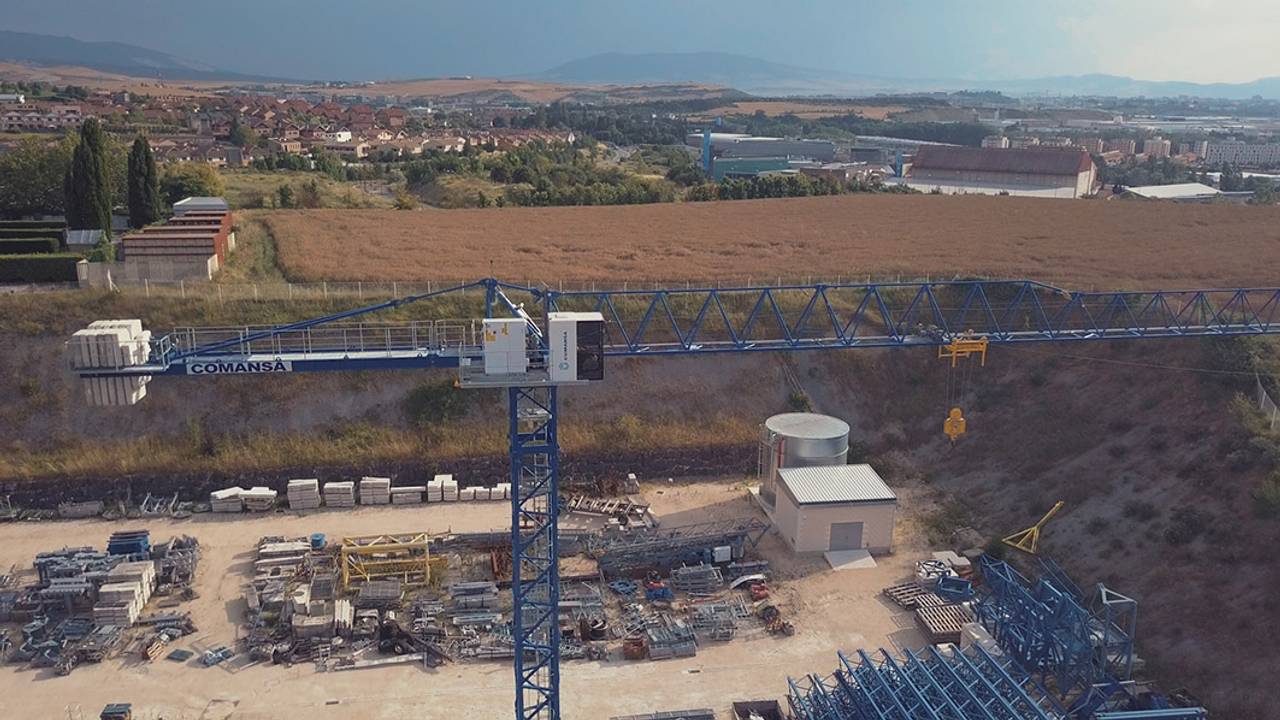 One of the models, the 11LC160, can be seen here at Comansa’s facility in Spain. 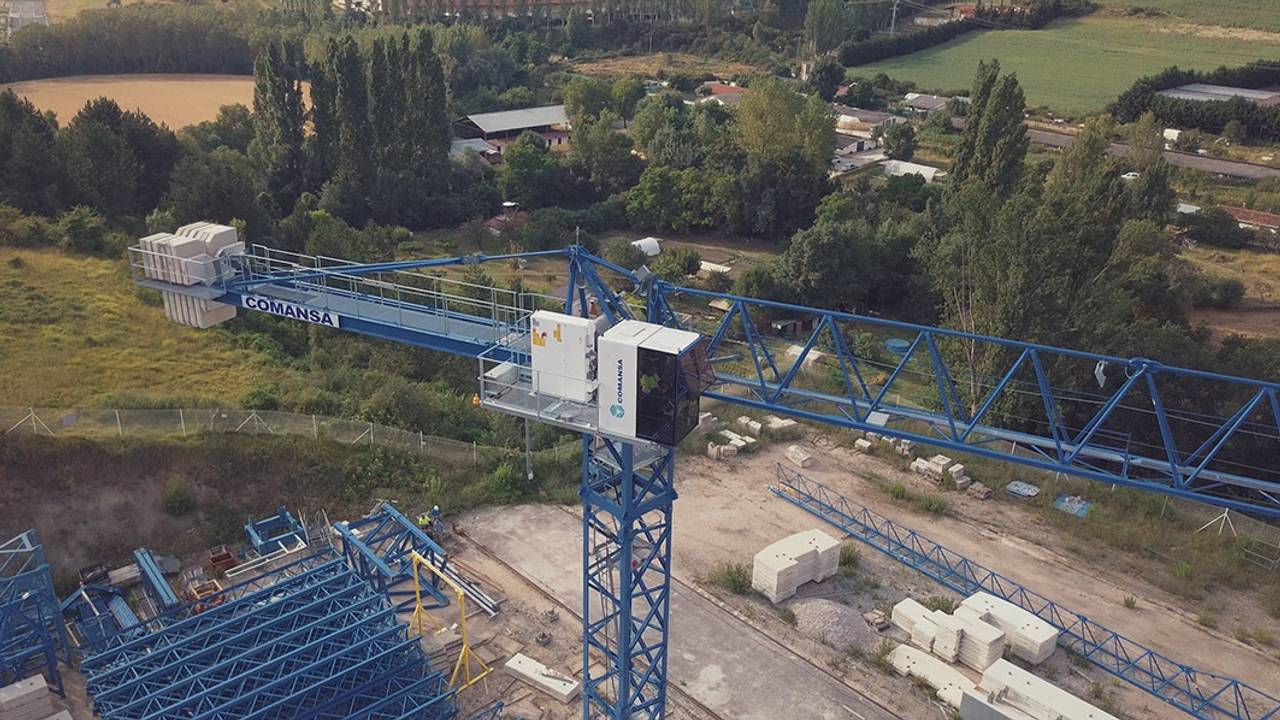 The Quick Set system is now introduced in the 11LC range as an option. 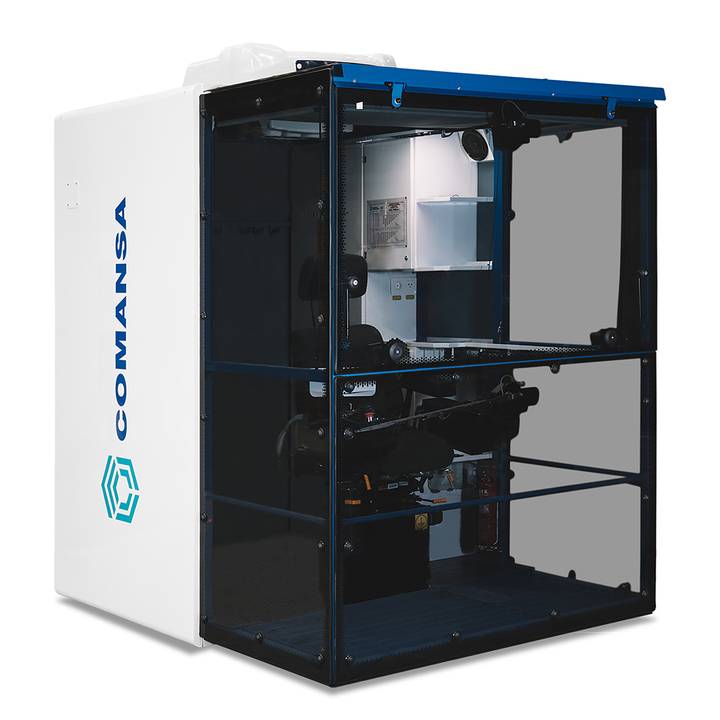 Comansa has made some improvements to its 11LC Series. The company said the range provides enhanced ergonomics thanks to new and simplified accessing elements not only to the cathead, but also to the jib sections for easy access to the trolley. Furthermore, a new single trolley is now available as an option, which allows a manual single-double reeving change by the operator directly from the ground.

With attached potentiometers, new drives in the hoisting winch and trolley give new linear movements. According to Comansa, this makes it possible to easily move and precisely position sensitive loads. A new version of the 18 kW hoist mechanism has also been added to the 6 t versions, resulting in less power supply while maintaining drum capacity and speed features.

Power Lift system comes as standard, added Comansa, improving the load diagram by 10% at reduced speeds for jobs that require. Optional 24 kW and 37 kW hoist motors feature the Effi-Plus system, which increases the hoisting and lowering speeds for light loads without increasing the power or consumption.

Another notable feature is the new M sized Cube cab together with a resized and redesigned platform for simpler erection and maintenance. The fully glazed front window of the cab enables a complete view of the load and work area, thereby maximising performance. The improved positioning of the seat and body posture provides an excellent comfort for the operator.

The Quick Set system, already available in the 21LC series, is now introduced in the 11LC family as an option. This technology is designed to simplify the commissioning of cranes. With Quick Set, the set up and calibration times have been significantly reduced using a system that leads to easier, safer and more intuitive adjustments, achieving faster and less labour-intensive calibration.

Comansa said it will continue to offer four models in the 11LC range - the 11LC90, 11LC132, 11LC150 and 11LC160 – plus a new 6 t version of the 11LC150. All of the units are designed for faster and safer assembly, as well as providing a longer life for the structure and smaller distance between overlapping cranes. The company further mentioned that the improvements will be soon expanded to the 16LC range.