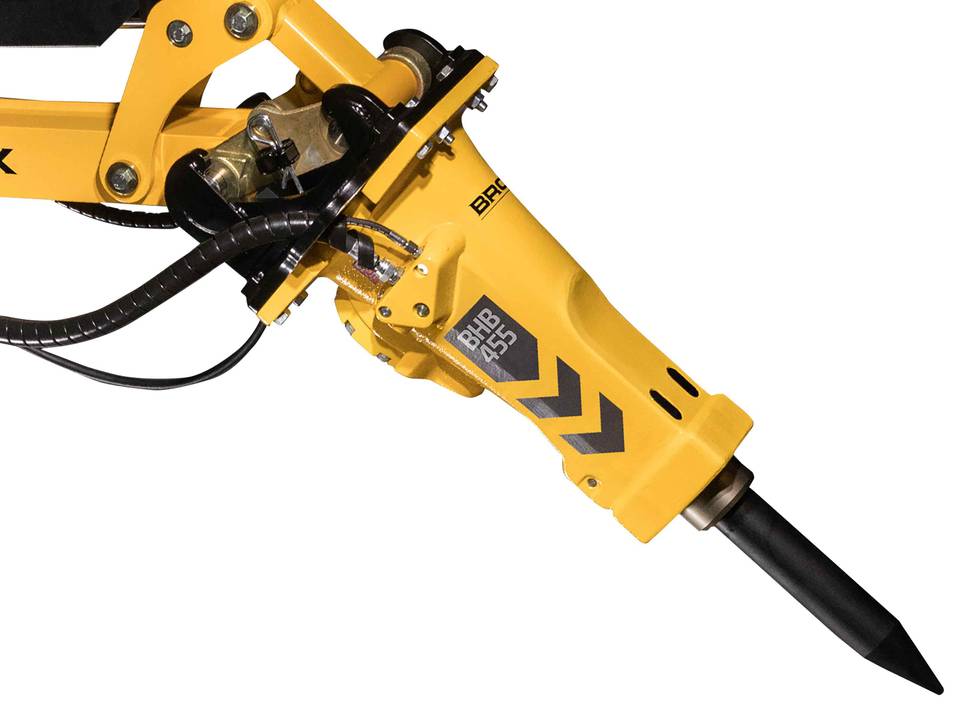 The Brokk Hydraulic Breaker (BHB) series has been well matched with the company’s full range of remote-controlled demolition robots. In essence, each robot is designed from the attachment backward, providing the exact amount of flow, pressure, backpressure, and downward force that the hammer requires, which offers the best possible demolition performance to Brokk customers.

“As an industry leader in compact demolition, it makes sense for us to introduce our own lineup of powerful hydraulic breakers to match the high strength and performance of Brokk demolition machines,” said Martin Krupicka, president and CEO of Brokk Group. “Our customers benefit from the greater productivity, efficiency and quality that comes with the pairing of Brokk breakers and machines.”

The BHB series includes eight breaker models, starting with the 50-kg BHB 55 breaker for the compact Brokk 60 remote-controlled demolition machine. The range goes all the way up to the 700-kg BHB 705 for the Brokk 500 and Brokk 520D.

Like Brokk remote-controlled demolition machines, the BHB series features a high power-to-weight ratio. The attachments are lightweight and compact, yet feature power similar to larger, heavier breakers from other manufacturers. The hammer bodies are machined from a solid casting, eliminating side and through bolts, along with the side plates found on many other hammer designs. An integrated, side-mounted accumulator holds a nitrogen gas charge for as long as a year.

Brokk demolition robots and breakers are designed to work at maximum performance together, resulting in more total demolition power. Brokk engineers its demolition machines starting at the tip of the breaker for maximum compatibility. This includes reducing back pressure and optimising machine oil flow, oil pressure and down pressure to allow for more hydraulic power while using less energy. According to Brokk, the result is that its demolition robots are able provide the highest power-to-weight ratios in the industry, allowing contractors to substitute robots for much larger excavators, and achieve the same concrete removal rates.