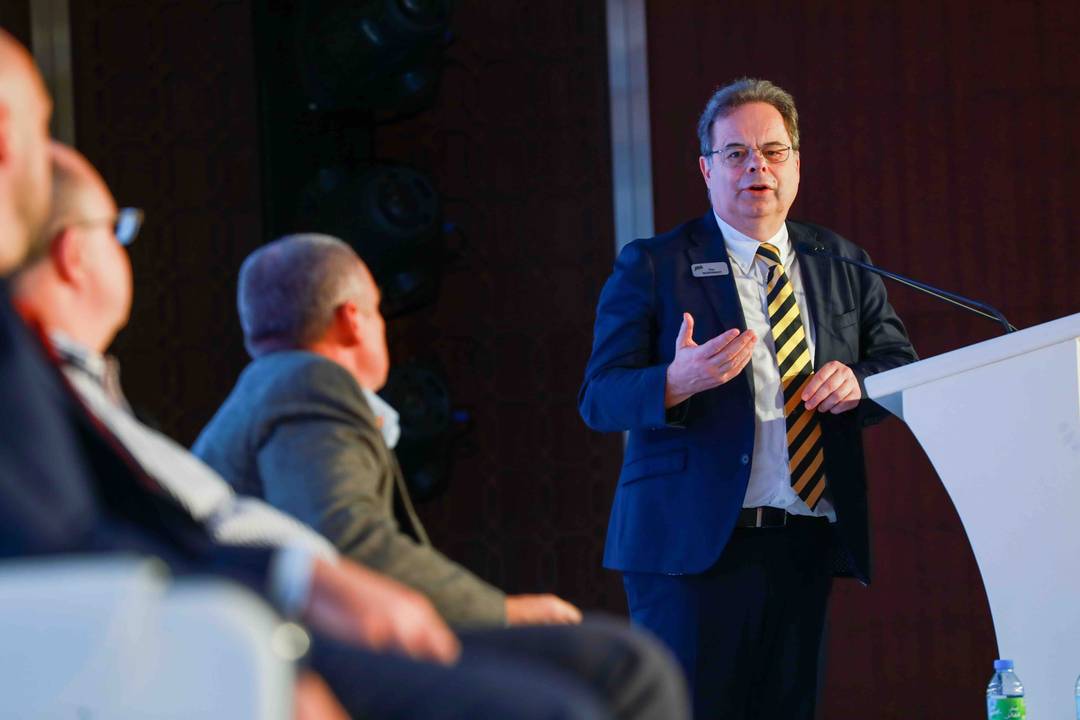 Tim Whiteman is seen here speaking at the IPAF Summit 2019, which took place in March in Dubai.
IPAF
Views: 146

The International Powered Access Federation (IPAF) announced yesterday (8 July) that Tim Whiteman has stepped down from the position of managing director and CEO, after 15 years leading the organisation. Former IPAF president Andy Studdert is now acting as interim CEO while the search for a new CEO is underway.

Mr Whiteman was recruited by the IPAF board as managing director in 2004 to help grow the organisation globally. At that time IPAF had around 400 members, most of which were in the UK, and earned 95% of its revenue from the UK.

Today, more than 45% of income is from outside the home market, even though UK income and membership has not stopped growing since 2004. IPAF currently has almost 1,400 members in nearly 70 countries and the organisation is in sound financial health.

“It has been a privilege to work with the dedicated IPAF members and team members around the world – the passion to deliver the safe and effective use of powered access motivates so many people and IPAF shares their knowledge and experience to help keep people safe,” said Mr Whiteman. “However, after 15 years, I’m looking forward to a change and I thank the board for its support in making this happen.”