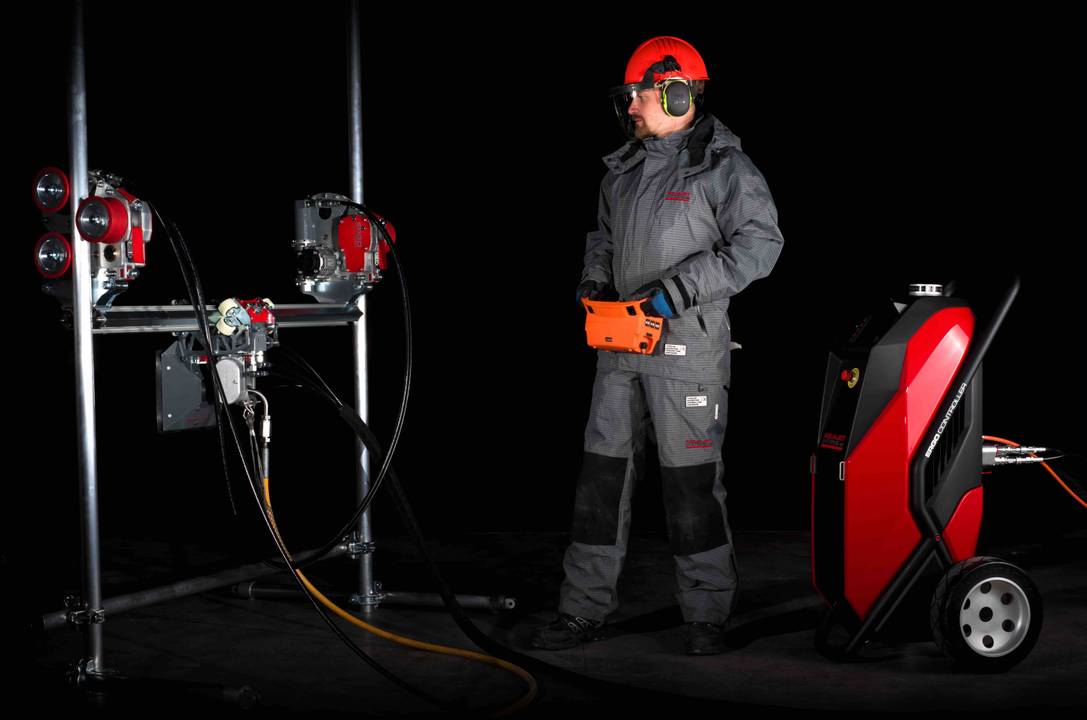 The Ergo System is a compact hydrodemolition robot designed for easy use in tight spaces.

The Ergo System has hydraulic hose multiconnectors that are 100% sealed from moisture to virtually eliminate the risk of leaks during transportation. 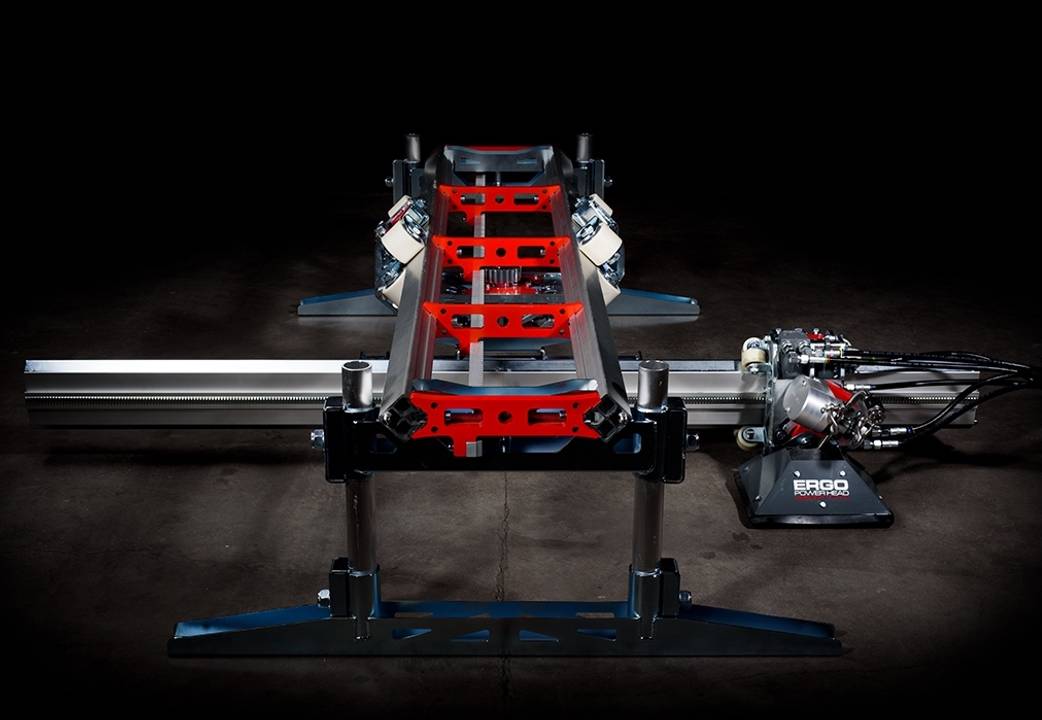 Aquajet Systems has launched the Ergo System. This hydrodemolition robot is said to offer four times the power of a hand lance in a compact footprint that contractors can easily move around the jobsite. It is ideal for work on floors, walls and ceilings.

The Ergo System incorporates several features: the controller unit, which powers and controls the hydraulics; the Ergo Power Head, which manipulates the high pressure lance; and either the spine or the climber, innovative systems used to support and manoeuvre the power head, based on project needs. The climber attaches to any standard scaffolding pipes and robotically moves along it to deliver powerful hydrodemolition forces for vertical concrete removal and repair, such as high-rise construction.

The Ergo System exerts an impressive 1,000 N of reaction force, which is about half of the force employed by Aquajet’s largest hydrodemolition robot, the Aqua Cutter 710V. According to the company, the Ergo System can handle higher volumes of water, as much as four times greater reaction force than a human operator with a hand lance, allowing the machine to remove concrete faster and easier.

Hydrodemolition robots, such as the Ergo System, are used to remove concrete to a preset depth consistently. Alternatively, a hand lance will likely leave inconsistent depths due to being held by an operator, said Aquajet, meaning that contractors may have to do another pass with handheld breakers to even out the surface.

Contractors can easily move the 123-kg Ergo Controller unit around the jobsite and over soft or rough surfaces, thanks to the wide wheels and low ground pressure. The system is also service-friendly with hydraulic hose multiconnectors that are 100% sealed from moisture to virtually eliminate the risk of leaks during transportation.

The Spine includes an Aquajet Power Head attached with a single bolt to a roller beam, which is connected to a spine roller mounted on a spine rail. Depending on the configuration, the setup may be supported by standard support legs, or the spine rail may be attached directly to a surface.

Aquajet manufactures the roller beam with a lightweight aluminium core coupled with a steel gear rack and guide rails. Beam sections are mounted together with a single bolt. The Ergo Spine roller features a low weight, high strength skeleton base with a wheel setup that divides forces for the ability to handle high reaction forces.

The spine rail is fabricated with high-strength aluminium, reducing its weight by half compared to steel. A 2-m rail weighs just 20 kg. Despite its lightweight properties, the rail handles the same reaction force as an entirely steel rail. The rail allows for quick connections with a single bolt for different brackets and tools.

The Ergo Controller’s intelligent sensing controls automatically adjust and move the Power Head along the roller beam. Aquajet’s high-pressure Power Pack, sold separately, provides water pressure and flow to the Power Head´s lance and nozzle, creating a reaction force up to 1,000 N. The Ergo Power Head can tilt at up to a 45-degree angle to attack the material efficiently and oscillates to get the best results for each job.

As the Power Head moves along the Ergo Spine, it removes concrete in sections as small as 0.25 m up to 2 m, leaving the rebar clean and undamaged. An Ergo Spine with a Power Pack producing 2,800 bar of pressure and 40 l of water per minute can remove an estimated 0.25 cu m of concrete per hour.

The Spine simplifies use as well as maintenance, and is highly portable. One person can carry and set up the unit and secure it with a single bolt, said Aquajet. All connection points are marked in red, and all bolt sizes on the unit are the same, ensuring easy replacements. Further, the wheeled controller measures just 1 m tall and 0.42 m wide, making it easy to get to the jobsite on a pallet and then move effortlessly around the site.