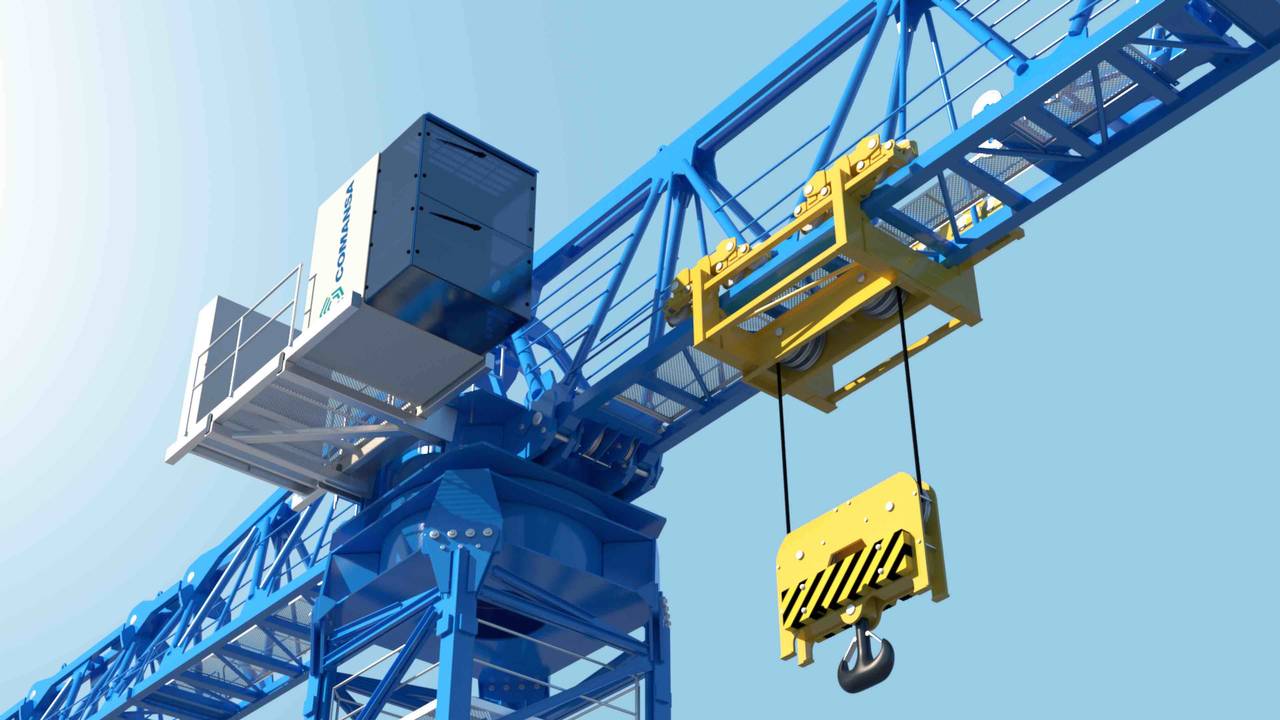 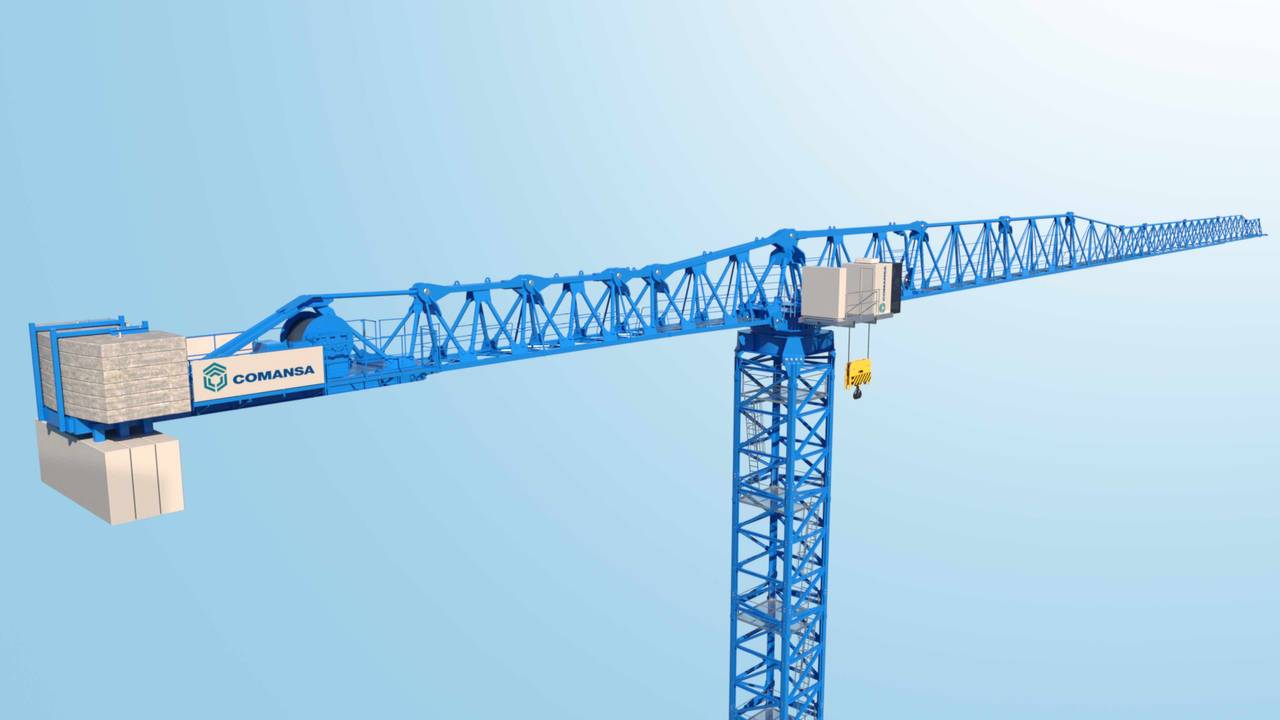 Spanish tower crane manufacturer Comansa has announced that it will add another model to its range of large flat-top tower cranes. The new 21LC1400 will be available worldwide from September 2019 and will come in two versions, with maximum load capacities of 50 or 66 tonnes.

Expected applications for the 21LC1400 include PPVC and infrastructure projects, but the crane is also suitable for other jobsites where lifting heavy loads are required.

Like Comansa’s most recent large flat-top models, the counterjib of the new 21LC1400 will feature a modular design to significantly reduce the counter-radius in constrained jobsites. A new single and compact trolley has also been designed for the 21LC1400, instead of the double trolley system, as this new crane will work mainly on projects in which the maximum load capacity is needed in almost every lift, like PPVC.

In addition, Comansa will introduce the Quick Set, an electronic limitation system that aims to reduce the set-up time of its cranes from three hours to 45 minutes. It can also reduce the number of staff during this operation.

The new Quick Set will be available as an option on all Comansa flat-top models of the LC range. It will offer an important benefit for rental companies, which regularly have to dismantle their cranes and move them from site to site.

These announcements were recently made by Comansa at bauma. The company said it will release more details on both innovations in the coming months.

Construction of Panguil Bay Bridge in Philippines ‘moves ahead’
Nov 22,2021