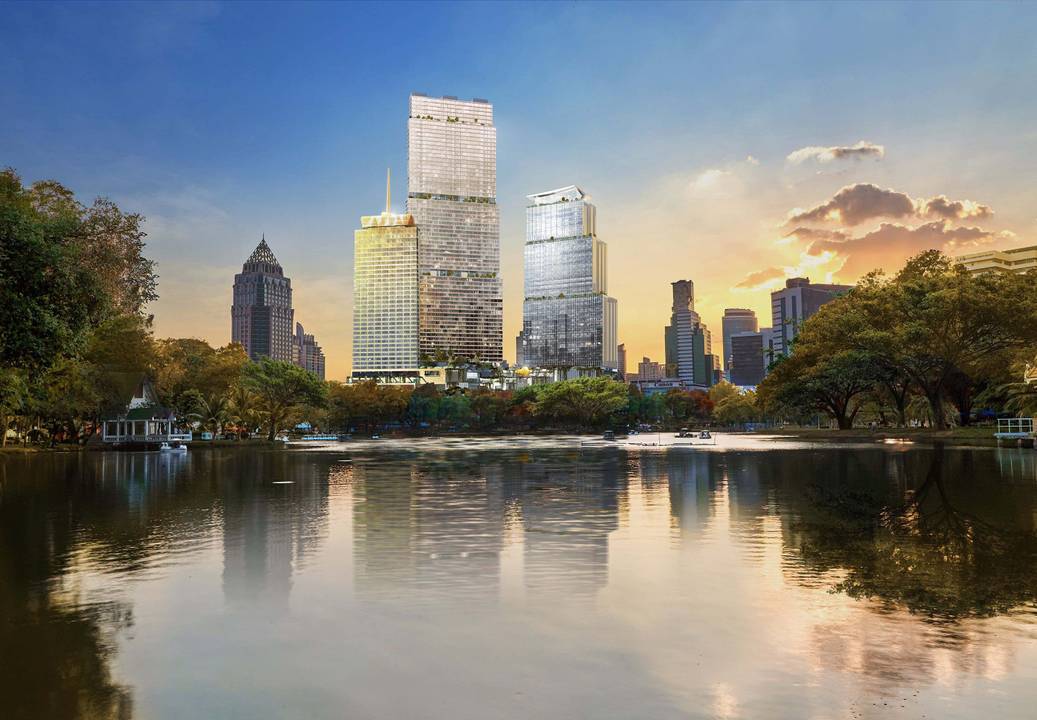 The project is planned to open in three phases, with the first one being the Dusit Thani Bangkok hotel. It will feature 39 storeys and a modern-yet-familiar design that incorporates significant elements from the original hotel.

The second phase will be the 90,000 sq m Central Park Offices, and also the Central Park shopping complex with a rooftop park. These two elements are scheduled for completion in 2023.

The final part of the project will be the 69-storey residences. The tower will be divided into two sections - Dusit Residences and Dusit Parkside.

The architect appointed for the Dusit Central Park development is Dragon Holding Company Limited with OMA Asia (Hong Kong) – as the main consultant - working in collaboration with Architect 49 International. The project’s structural design will be carried out by Aurecon Consulting (Thailand), while the building engineer is MITR Technical Consultant.

“We aim to deliver a one-of-a-kind mixed-use project that blends heritage and innovation, connects all important infrastructure and transportation, embraces a green concept reflecting our prime position opposite Lumpini Park, and delivers enduring value for all our stakeholders,” said Suphajee Suthumpun, group chief executive of Dusit Thani Public Company Limited.

Wallaya Chirathivat, deputy CEO of Central Pattana Plc added, “Ultimately, Dusit Central Park will connect four Bangkok neighbourhoods in four directions - namely Ratchaprasong (north), Charoenkrung (south), Sukhumvit (east) and Yaowarat (west). The project will be perfectly positioned to help bring Bangkok to a whole new level and set the standard for mixed-use projects in the city, as it locates next to Bangkok’s major park, Lumpini Park, just like the iconic properties found adjacent to parks in New York and London.”