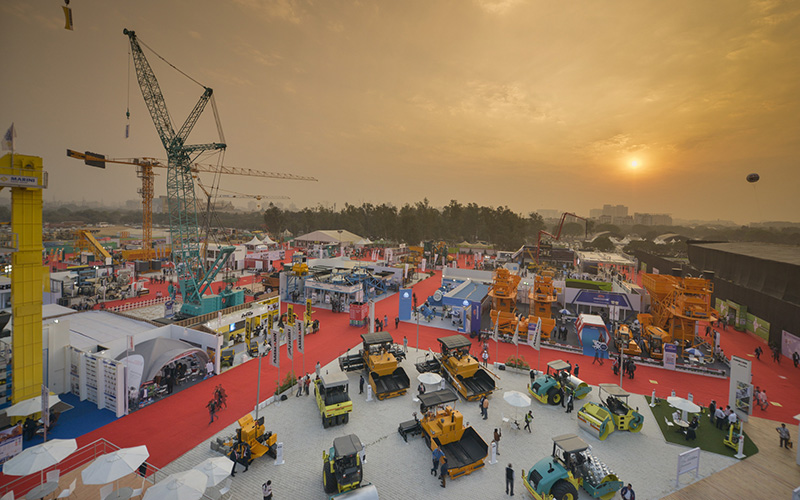 With less than two months to go, bauma Conexpo India is currently preparing for its fifth edition. The show will take place from 11 to 14 December 2018 at the Huda Grounds in Gurgaon, Delhi, covering an exhibition area of 150,000 sq m.

“Demand is high and we are pleased with the high level of interest. We already have 30% more space registered than for the previous event,” said Bhupinder Singh, CEO of bC Expo India, the show organiser. Major players such as ACE, Case, Caterpillar, JCB, Kobelco, L&T, LiuGong, Peri, Putzmeister, Sany, Schwing Stetter, Volvo, Wirtgen and Zoomlion have reportedly not only registered to take part again but have also increased the floor space for their stands.

Terex is also coming back, after its last participation in 2014, and others that have signed up for the event include Deutz Engines, Doka, Doosan Bobcat, eTrack Crushers (a Keestrack Group company), Hyundai and Manitou Equipment. Among new exhibitors at the show will be German company Kaeser Kompressoren SE, a global manufacturer and supplier of compressed air products and services, and India’s Tata Hitachi, a global manufacturer of mining, construction and agricultural machinery.

In addition, various countries like China, Germany, Spain and North America, will be represented on site with joint stands. bC Expo India said more country pavilions are being planned.

Following an Off-Highway Research analysis in April 2018, India’s construction and mining industries in particular are expected to experience sustained growth through to 2022. iCEMA, the Indian Construction Equipment Manufacturers’ Association, also predicts a 10% growth rate for India’s gross domestic product by 2024.

The last bauma Conexpo India in December 2016 attracted 647 exhibitors from 30 countries and 32,644 participants from India and neighbouring states. The event is held every two years. 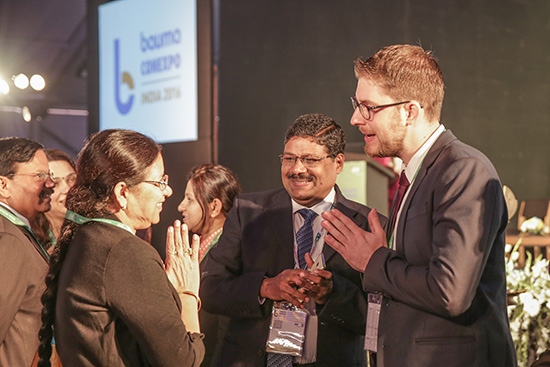