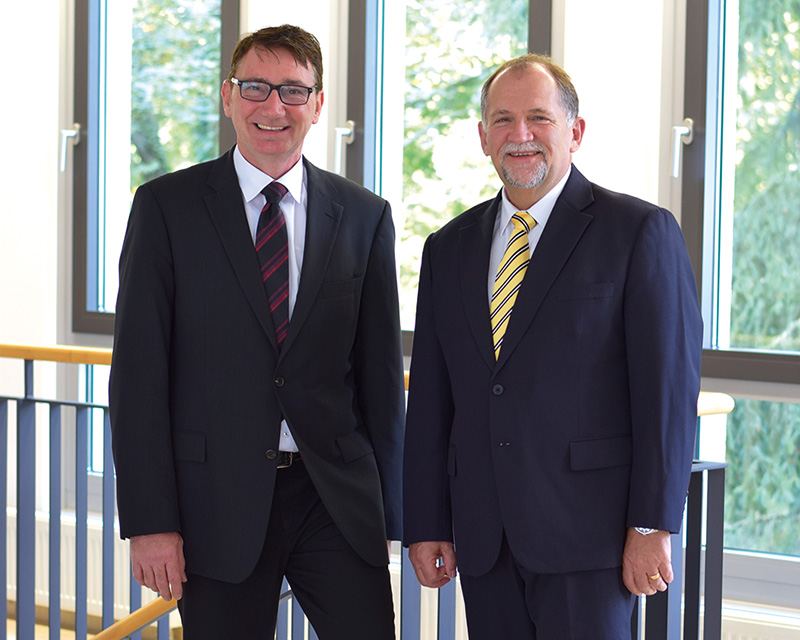 As of 1 December 2018, Dr Ruediger Kaub will replace Dieter Stetter as chairman of the management board at Bauer Maschinen GmbH, a global manufacturer of specialist foundation engineering equipment, which is part of the Bauer Group. Mr Stetter will be taking over the leadership of the Bauer Technologies Far East Group starting from 1 January 2019, as its managing director.

Mr Stetter has been working for Bauer since the early 1980s and played an important role in the sales of Bauer machinery in Asia. In the late 1980s, his name has been linked to Bauer’s story of success in the Far East. Between 1992 and 1998, 28 cutters were sold to Korea and in 1990, a subsidiary was founded in Taiwan. Two years later, a representative office in Beijing was opened. Companies in Singapore, Malaysia and Hong Kong followed. As a result, Bauer's largest overseas production facility for drilling rigs was built in China. In 2008, Mr Stetter became chairman of the management board at Bauer Maschinen after 26 years abroad.

Mr Stetter’s successor, Dr Kaub, has become a member of the board of directors at Bauer Maschinen since 1 October 2018. He has years of international experience in product management, sales and management.

Dr Kaub joined the O&K Group in the mid-1990s, where he initially worked in product management in the mining equipment sector. In the further course of his career, Dr Kaub focused on sales and management tasks in Germany, South Africa, Canada, Singapore and most recently Indonesia. After returning to Germany in early 2016, Dr Kaub became managing director of Kleeman GmbH, a company of Wirtgen Group that produces mobile crushing and screening equipment.

Mr Stomberg began his professional career at the global consulting firm Booz Allen Hamilton in Munich, Germany, where he was responsible for strategic and operational projects in various sectors worldwide. In 2006, Mr Stomberg decided to switch to the industry and pursued his further career at EagleBurgmann, an international provider of industrial sealing technology. Most recently, Mr Stomberg was chief operating officer in corporate management and responsible for production, product development and project business.

“Whilst choosing a successor, we met Michael Stomberg and got to know him as a very dynamic manager who is interested in many topics and who has ideally qualified himself to manage an entire company for many years now,” said Prof. Bauer. "With his knowledge and many years of experience, he will be able to bring in a completely new perspective as chairman of the management board at Bauer AG.”