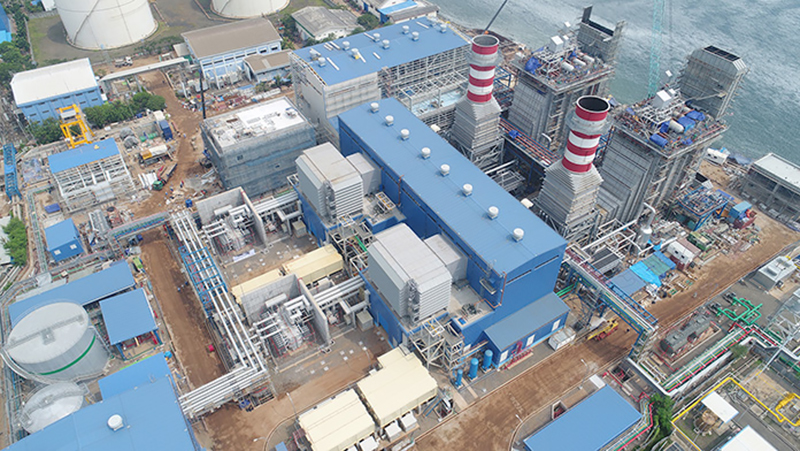 Under the Jawa-2 project, PLN plans to build an 880 MW plant comprising two gas turbine combined cycle (GTCC) power generation systems. The completed Unit 1 has initially gone into operation as a simple gas turbine system, with a current output of near 300 MW.

“We appreciate MHPS’ enormous efforts for this project. We are sure that the strong relationship between PLN and MHPS will continue in the future. As a result, the operation of Unit 2 as a simple gas turbine and combined cycle operation will also begin as contracted delivery schedule,” said W.S. Haryanto, a director at PLN, who oversees the company’s operations in West Java region, including the Jawa-2 project.

The Unit 2 of the project is also planned to be constructed at Tanjung Priok, a port city approximately 10 km northeast of central Jakarta, the country’s capital. The full turnkey order for the power plant was received by MHPS in partnership with Mitsubishi Corporation and PT. Wasa Mitra Engineering, a local construction and engineering company. MHPS is responsible for providing two M701F gas turbines as well as two exhaust heat recovery boilers, one steam turbine and auxiliary equipment. Mitsubishi Electric Corporation supplied the generators. The launch of operations as a GTCC system, generating power by gas turbine and by a steam turbine utilising recovered exhaust heat, is slated for 2019.

The Jawa-2 project is part of a 35,000 MW power expansion programme under way by the Indonesian government to meet the country’s rapidly increasing demand for electricity along with the economic growth. MHPS is considered a leading supplier in large-scale gas turbines in Indonesia and has a track record of nearly 50 years supporting the country’s power supplies. The company aims to further enhance its presence within Indonesia’s power market. 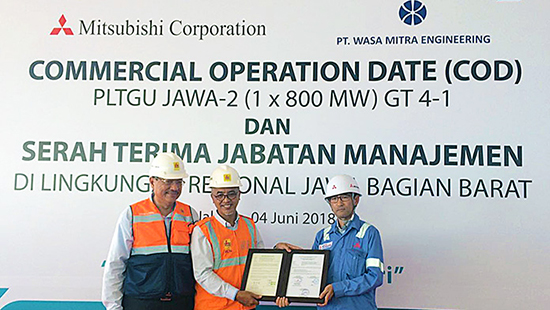 A ceremony was held at the site to mark the start of the operations of Jawa-2 Unit 1. (Image: MHPS)