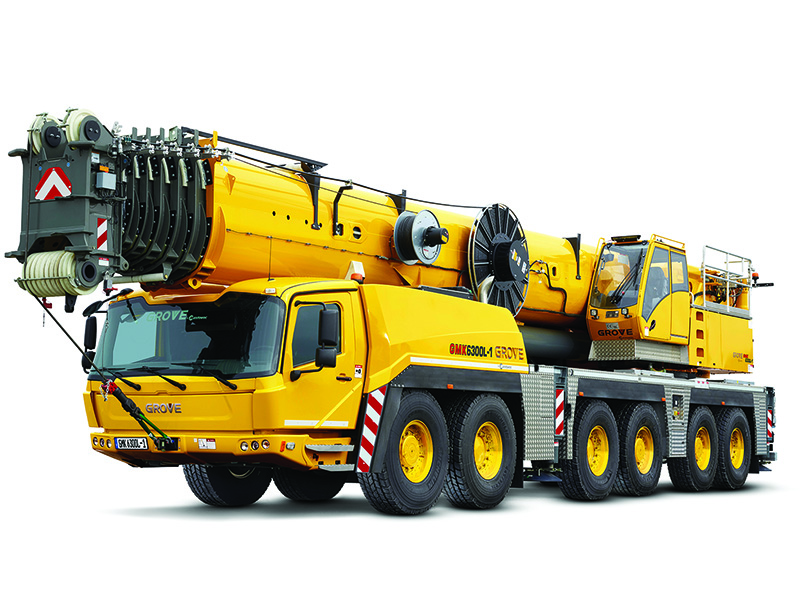 Manitowoc has launched the successor to its popular Grove GMK6300L all-terrain crane, the GMK6300L-1. Several improvements have been made to the structural strength of this new 300 t capacity model. Its load charts have been improved by over 7% on average, when compared with the GMK6300L. At height, the improvements are even better, with advantages of over 16% in the boom length range of 70 –80 m.

The new GMK6300L-1 features a maximum tip height of 120 m when working with its full 80 m main boom and 37 m of jib. When lifting with the main boom, it can lift up to 14 t at full height and also handle this within a 14 -28 m working radius, offering a flexible range for such applications as tower crane rigging. 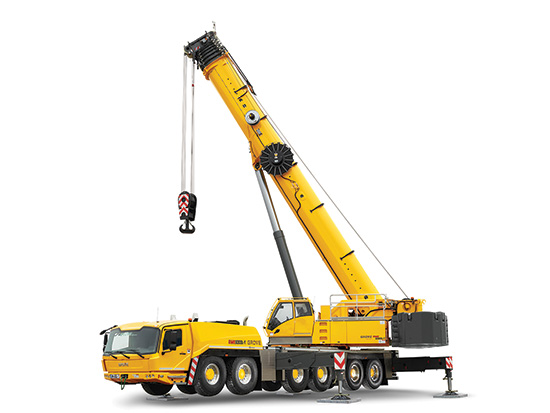 The previous model, GMK6300L, was launched in 2010 and became an immediate worldwide hit. According to Manitowoc, the crane raced to sales of 100 units in just two years and to date more than 400 have been delivered. With its significantly improved load charts and specifications, the new GMK6300L-1 is expected to be just as popular.

Like its predecessor, the GMK6300L-1 is equipped with Megatrak suspension, along with Manitowoc’s standard all-wheel steering. Its counterweight slabs and auxiliary hoist are interchangeable with the GMK5180-1, GMK5200-1, GMK5250L and GMK6300L, making it a particularly attractive investment for existing Grove customers.

Manitowoc also recently introduced its first hydraulic topless luffing jib crane, the Potain MCH 125. Having previewed as a prototype at bauma China 2016 in Shanghai, the first units have since been tested on site with select dealers in Thailand, Australia and New Zealand ahead of the crane’s launch into several international markets, said the company.

With a cutting-edge design and new technology, the crane combines the advantages of Potain’s MCR luffing jib cranes and MCT topless cranes. Contractors will find it particularly straightforward to assemble and disassemble the crane on congested sites, making it an ideal choice for urban projects, city-centre work or other jobsites where space is limited. 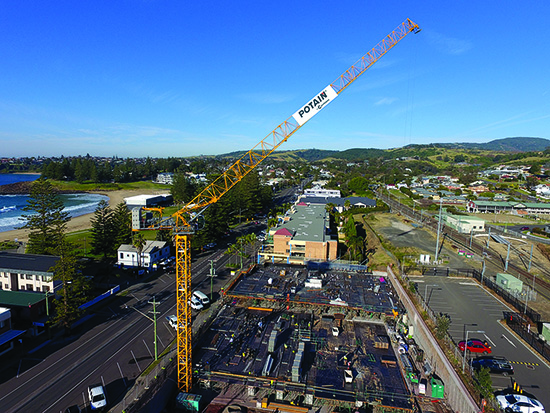 Maximum capacity for the MCH 125 is 8 t, while the maximum jib length is 50 m. Tip capacity is 2 t and maximum line speed is 100 m/min when fitted with the 60 LVF 20 hoist. The crane’s innovative design offers a number of advantages, including fast erection and dismantling. The topless design means less space is needed on site, as there is no cathead to assemble at ground level before installation.

The MCH 125 also uses Potain’s VVH hydraulic luffing technology for vertical movement of the jib, which eliminates the need for luffing wire ropes. With VVH technology, the crane is able to raise from a horizontal level to 87˚ in less than two minutes, according to Manitowoc. The hydraulics are pre-connected at the factory, thus avoiding the need to perform this duty during the crane’s on-site assembly. The hydraulic luffing design also means the crane has a shorter counter-jib and out-of-service radius when compared with rope-luffing alternatives, freeing up valuable space on congested jobsites.

Furthermore, crane operators will enjoy the increased comfort and visibility that comes with the unit’s Vision 140 cab – it is said to be one of the largest cabs on the market. The entire upperworks of the crane, including its full 50 m of jib, can travel on just four trucks. Assembly to a height of 40 m can be achieved in less than six hours, said Manitowoc.

The MCH 125 also features a smooth and quiet operation; and for better utilisation for fleet owners it can be mounted on existing 1.6 m or 2 m mast sections from the manufacturer’s current range. Jib sections are from the MCR range of luffing jib cranes. There are five jib configurations available, ranging from 30 to 50 m, in 5 m increments.

The MCH 125 will be sold and supported through the extensive regional Potain dealer networks. The first production deliveries are expected to begin in early 2018, with the crane available for sale throughout Asia, Africa, Oceania, the Middle East, Russia, the CIS countries and Latin America.

Local dealers can be found on the website: www.manitowoccranes.com