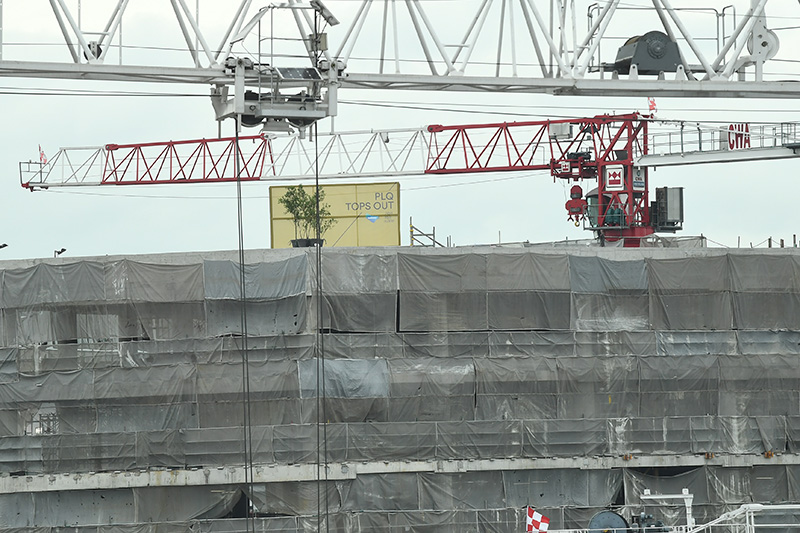 Thriving banyan saplings, cultivated from the original banyan tree on the site, were lifted to the roof of the project’s Tower 3 to signify the topping out of the building.
Views: 513

Paya Lebar Quarter (PLQ) by Lendlease has reached a major milestone with the topping out of its first office tower. The S$3.2 billion mixed-use development is in full swing and when completed, it will transform Paya Lebar into Singapore’s newest business hub. Construction started in January 2016 and buildings are planned to be progressively completed from the third quarter of 2018.

PLQ’s three office towers will provide close to 1 mil sq ft of Grade A prime office space. Currently over 50 percent of this space is either leased, under final offer or in advanced negotiations, according to Lendlease. Tower 1 and 2 will have 14 floors each, while Tower 3 has 13 floors. The office towers are expected to be occupied from September 2018.

With a projected annual footfall of close to 45 million, the new 4-ha PLQ office, residential, leisure and retail development is expected to be one of the largest business and lifestyle precincts in Singapore. The PLQ mall is due to be occupied from late 2018. Over 400 new apartments are also being developed at PLQ, the first phase of which was launched in March 2017 and the second phase is anticipated to be released in coming months. 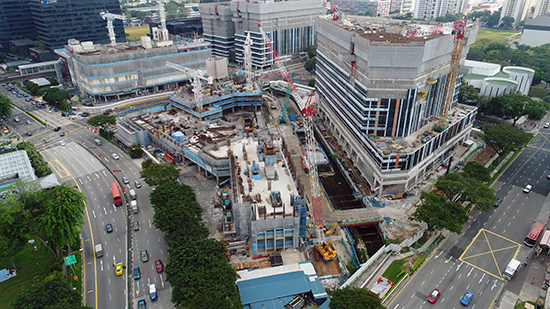 Leveraging Lendlease’s expertise in urban regeneration, PLQ is a key catalyst to the plans to transform Paya Lebar into a bustling, pedestrian-friendly new city precinct and a dynamic business hub. The development will also provide walking and cycling paths integrated into the wider Park Connector Network (PCN).

PLQ is one of 13 major urban regeneration projects across key international gateway cities undertaken by Lendlease, as part of its global development pipeline estimated at over S$50 billion as at 30 June 2017.

Correction: The headline of this article - which initially stated 'Paya Lebar Square's first office tower tops out' - has been corrected. We apologise for the error.