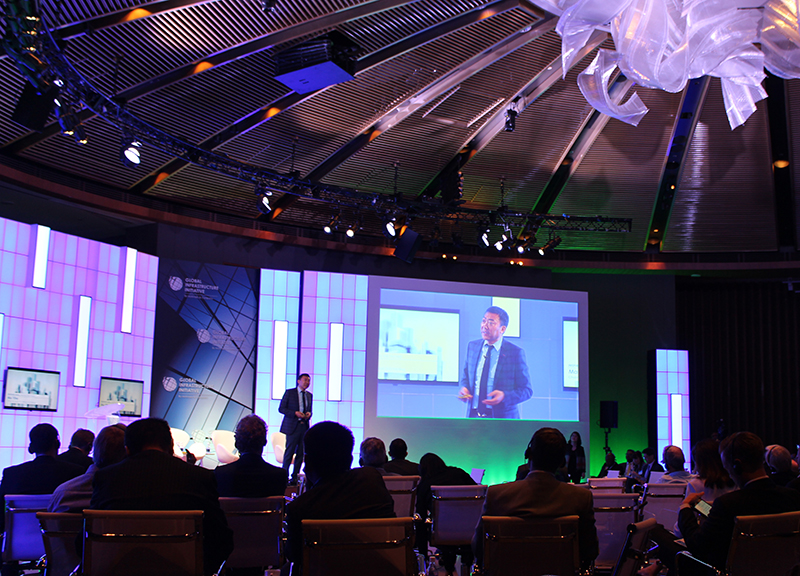 Ma Yihe, chairman and founder of Winsun, speaks at the GII Summit 2017 in Singapore.
Views: 32

Speaking at the GII Summit 2017 in Singapore, Ma Yihe, chairman and founder of Shanghai-based Winsun 3D Printing, explained why 3D printing technology has the potential to revolutionise the traditional construction method.

Winsun is considered a pioneer in construction 3D printing. Among the company’s projects were a 3D-printed low-rise 1,100 sq m building in China as well as a five-storey tall building – the latter is believed to be the tallest 3D-printed structure in the world. The total installation time for the five-storey building was just 15 days, said Mr Ma.

He acknowledged that 3D printing technology is still in its initial stages and can be difficult to apply for projects located in remote areas since the printing of the components has to be carried out off-site.

In addition, 3D printing technology allows the creation of complex facades and designs that are not possible done with the traditional method, added Mr Ma. Plus, it also produces high quality results. For example, a 3D-printed wall can withstand up to 28 t of pressure, he said.

Mr Ma showcased another example of a successful 3D-printed project, the world’s first 3D-printed office in Dubai. He mentioned that all the building components, including furniture were constructed by a large 3D construction printer layer by layer and the printed components were then assembled in Dubai within a couple of weeks.

Mr Ma further advised that in order to drive the adoption of 3D printing technology, the industry should: work with governments and statutory bodies to modernise regulatory framework; convince architects and engineers to use 3D printing technology for more than just architectural applications; work with contractors to break skepticism and encourage pilots and test beds; focus R&D investment on portable printers to enable printing on-site and access projects away from robust road links; and fight desertification by using sand in 3D printing construction.

The fourth Global Infrastructure Initiative (GII) Summit took place from 24 to 26 May 2017 at the Capella Singapore, marking the first time the event was held in Asia since it started in 2012. Previous summits include Istanbul, Turkey in 2012; Rio de Janeiro, Brazil in 2014; and San Francisco, USA in 2015.

Organised by McKinsey & Company, the GII Summit is an invite-only event for CEO- and Ministerial-level leaders to explore new solutions for global infrastructure, inspired by innovative approaches globally. This year, participants reportedly came from over 35 countries, representing 15 of the G20 countries. Collectively, the participating countries are said to represent US$63 trillion in GDP – about 85 percent of global GDP.

‘BRI to serve as engine of global economic growth

’Imagining ‘Buildings of the Future’