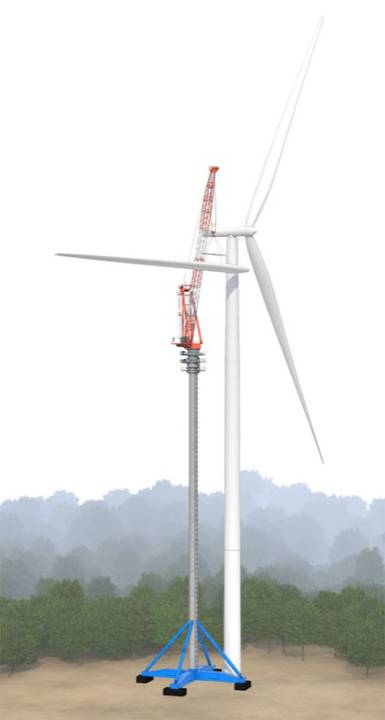 A drawing image of the S-Movable Towercrane constructing an onshore wind power facility. 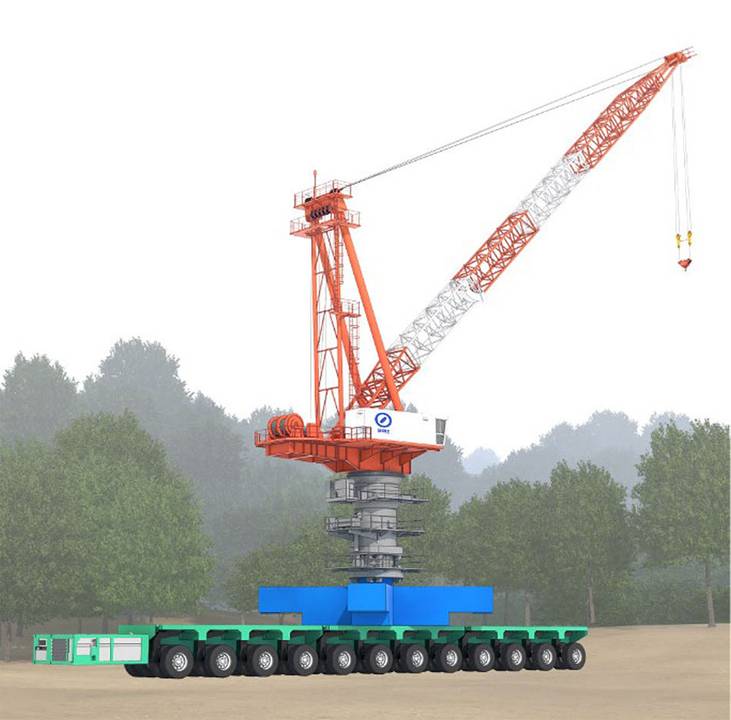 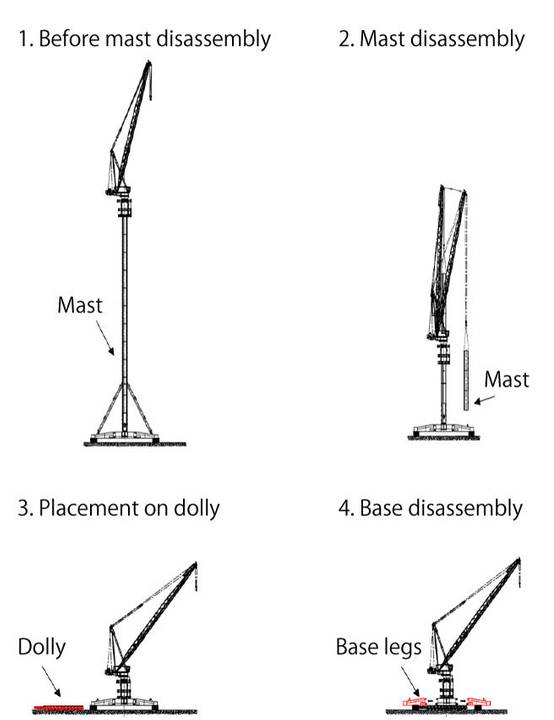 Shimizu Corporation and its wholly-owned subsidiaries, SC Machinery Corporation and IHI Transport Machinery Co Ltd, have jointly commenced work on designing and building what is believed to be the largest and “most dynamic” movable tower crane in Japan, intended for construction of extra-large facilities.

Called the S-Movable Towercrane, it will have a maximum working height of 152 m, maximum load capacity of 145 t, and 12.5 m radius. Shimizu said it will invest about 1.1 billion yen in this development, which is scheduled to be completed by June 2023. It is expected to give the company a competitive advantage “in securing the top spot for bids in the market forecast to be worth 5 trillion yen, and acquiring the highest contract share in onshore wind power construction projects.”

Shimizu has observed that in line with the Japanese government’s objective to achieve carbon neutrality by 2050, interest in the renewable energy industry has greatly increased across the country, particularly in wind power generation, gaining numerous construction projects both offshore and onshore.

“There has been a rising demand for construction of onshore wind power facilities using movable cranes,” said Shimizu. “Additionally, various power generating facilities that have passed their useful life when the Feed-In Tariff (FIT) system was implemented exhibited the need for equipment replacement and plant rebuilding, further fuelling the demand.”

The company added, “Since the end of the FIT programme, larger and more efficient power-generating facilities have shown to be vital considering the falling prices of electricity and streamlining of construction.”

The movable cranes available in the local market are currently limited to constructing mid-sized power generation facilities, about 100 m in height and generating 4 MW, explained Shimizu. Building a larger facility will require a larger crane, and for this reason, the company decided to develop the S-Movable Towercrane, which is capable of constructing extra-large onshore facilities up to 150 m in height and generating 5 MW.

One of the highlights of the new crane would be a simple and straightforward disassembly of its mast and base, allowing it to be transported easily to the next construction site using a dolly (a self-propelled, wheeled transport vehicle).

According to Shimizu, the development of the S-Movable Towercrane forms a key part of the company’s Investment Plan – which is under its Mid-Term Management Plan (2019-2023) – for investments in infrastructure, renewable energy, and new businesses.