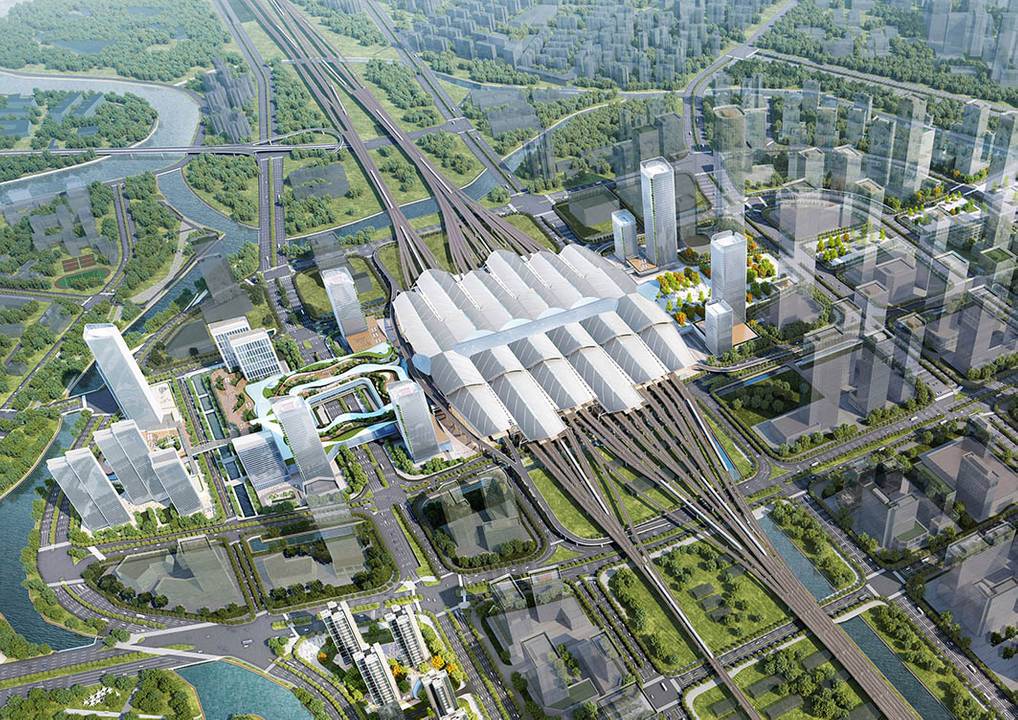 The Guangzhou South Railway Station project is scheduled for completion in phases starting in 2025, providing a one-stop destination for business, living and travel. 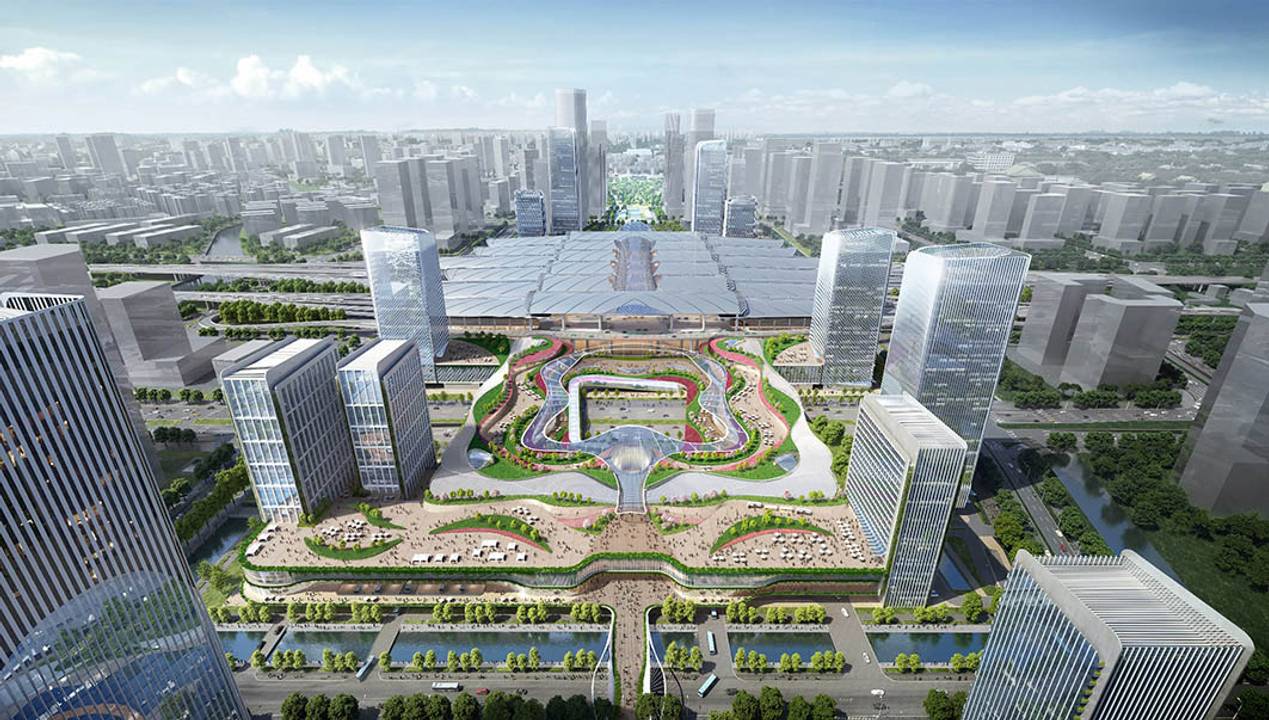 Sun Hung Kai Properties (SHKP) recently announced that it will transform the Guangzhou South Railway Station into a major transit-oriented development (TOD), following the company’s winning of the bid for sites adjacent to the station.

This represents another key transit-oriented integrated landmark project in the Guangdong–Hong Kong–Macao Greater Bay Area (GBA) to be developed by SHKP, after the High Speed Rail West Kowloon Station project in Hong Kong.

“Sitting at the two ends of the Guangzhou–Shenzhen–Hong Kong Express Rail Link, SHKP’s Guangzhou South Railway Station project and the Hong Kong West Kowloon Station project will benefit from their synergy, helping Hong Kong achieve quicker and more effective integration into the overall development of both the GBA and the country.”

SHKP executive director Adam Kwok, who is in charge of the company’s GBA projects (including the Guangzhou South Railway Station project), further revealed: “China’s National 14th Five-Year Plan calls for proactively and progressively taking forward the development of the GBA. SHKP has full confidence in the prospects of the GBA and has been actively seeking suitable projects for investment. We are proud to participate again in developing another high-quality project in the area.

“As the Intercity Rail Plan of the Greater Bay Area gains traction, SHKP will make its best efforts to transform the country’s busiest high-speed rail station into a world-class integrated landmark for living, working and travelling in GBA. By creating a ‘Guangzhou South Railway Station New Town’, we hope to attract more young people from Hong Kong and Macao to study, work, start businesses and reside in the mainland, while promoting extensive exchanges among the young people of the three places.”

According to SHKP, the project will provide a one-stop destination for business, living and travel, with the master plan concept of ‘commercial on the east side and transport on the west side’, offering office towers, a shopping mall, hotel and residential units, serviced apartments, and public transport facilities.

The project will also feature convenient walkways and transport interchange spaces, seamlessly linking the office towers and the mall to the Guangzhou South Railway Station to meet the needs of business professionals, residents and tourists.

SHKP aims to attract leading corporations to set up their GBA headquarters in this development, facilitating the transformation of the district into a hub for modern service industries and emerging industries. The project is scheduled for completion in phases starting in 2025.

“The Guangzhou South Railway Station has a prime location in the heart of the ‘9+2’ city cluster,” shared SHKP. “As the Intercity Rail Plan of the Greater Bay Area picks up its pace, the Guangzhou South Railway Station is set to become an integrated station–city transport hub, connected to four high-speed rail lines, three intercity rail lines and four metro lines, as well as long-distance coaches, buses, and other transport means after full completion. It will offer convenient access to GBA cities and the rest of the country.”