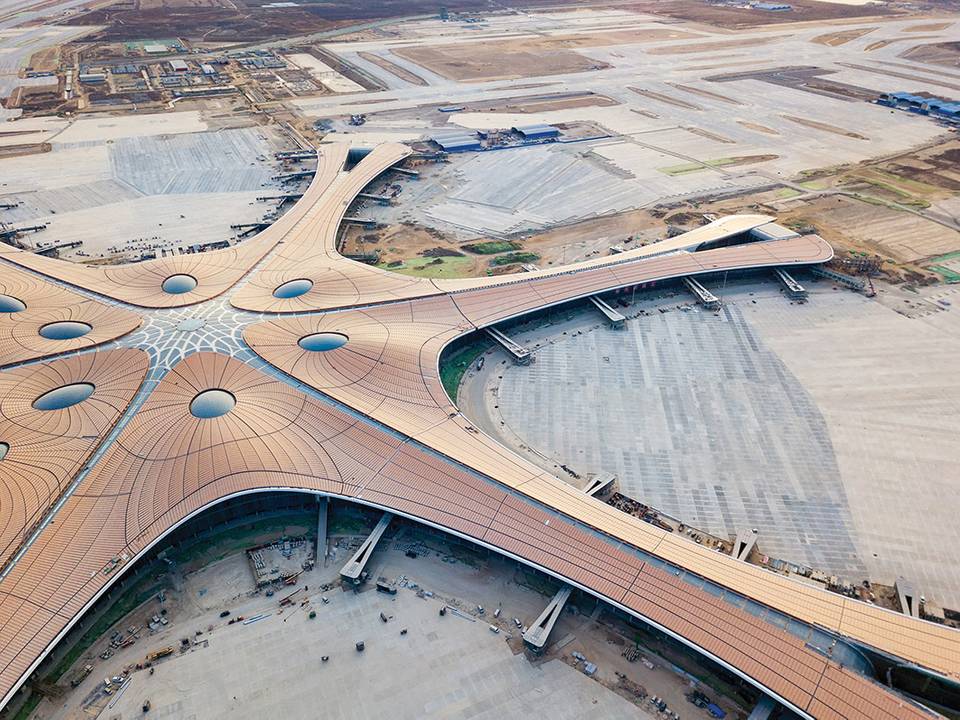 An aerial view of the new Beijing Daxing International Airport. The building incorporates many energy-efficient and environment-friendly features, and has a high level of flexibility to accommodate future growth. 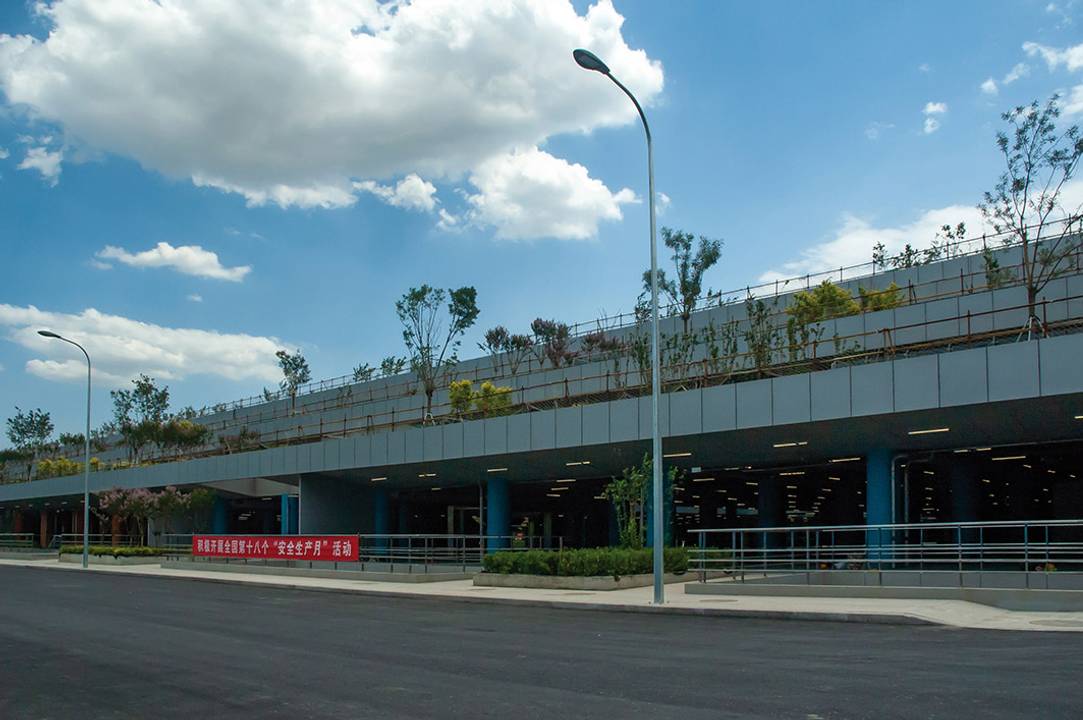 The carpark area at the airport’s west wing, covering more than 5,000 parking spaces. Here, Mapei was commissioned by the main contractor to provide various solutions for the floor surface.
One of Mapei systems supplied was the Mapefloor I 900. This epoxy binder is seen here being applied to prime the concrete substrate at the carpark. 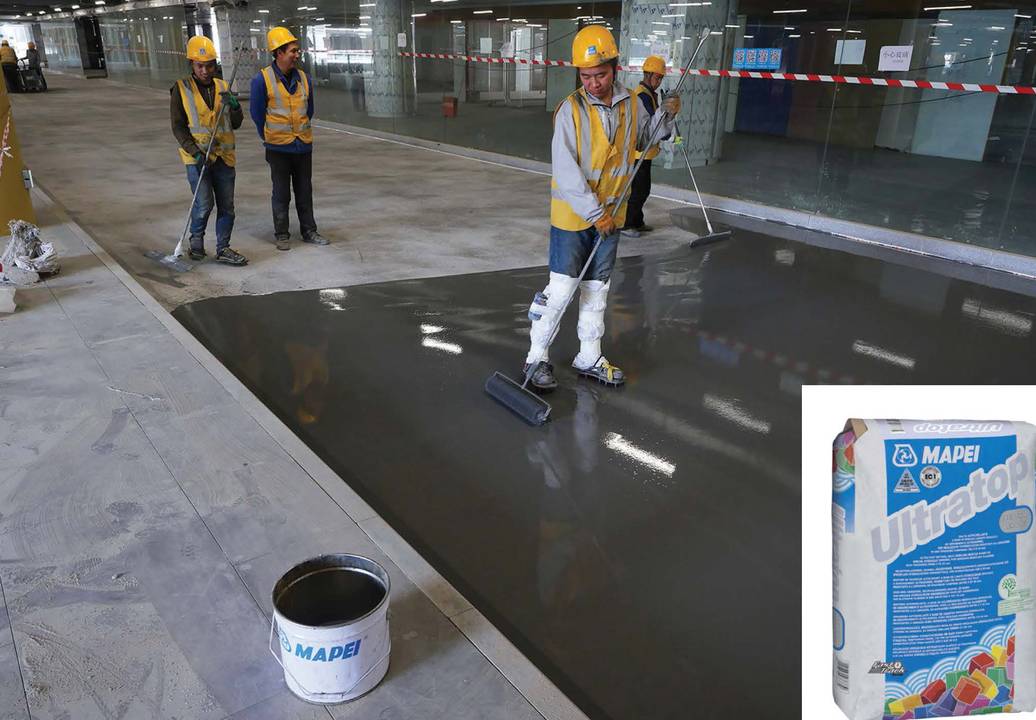 After applying the second coat of Mapefloor I 900, fillerised with Quartz 0.5 quartz sand, Mapei’s Ultratop self-levelling mortar was used to give the surface an attractive finish and high resistance to abrasion. 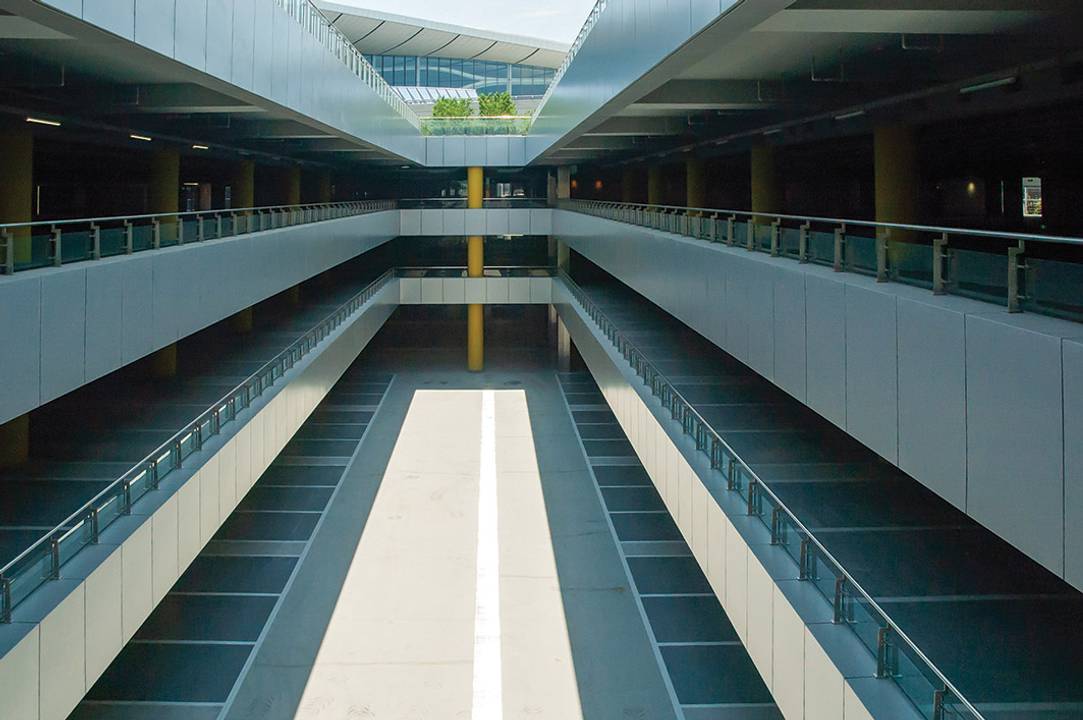 The west wing’s carpark area upon completion of the flooring work. The Beijing Daxing International Airport was inaugurated in 2019, and is currently able to handle approximately 45 million passengers per year.
ChinaMapei
Views: 201

Inaugurated in 2019, Beijing’s new airport is set to become the largest in the world in terms of passenger numbers. It is well connected to the local high-speed railway network, and will help reduce congestion at the Beijing Capital International Airport (on the northeastern edge of the city).

The new airport - located in the Daxing district, about 46 km south of the centre of Beijing - is capable of handling approximately 45 million passengers per year. The airport capacity is expected to rise to 72 million by 2025 and to 100 million by 2040.

The building features six wings extending from the central nucleus, and a large central piazza set over various levels. Designed to be energy efficient and environment-friendly, with a high level of flexibility to accommodate future growth, the airport provides a total surface area of 700,000 sq m - which, with the eight runways and other service areas, amounts to 1.4 mil sq m.

A self-sufficient energy supply comes from photovoltaic panels around the perimeter of the structure, while pumps feed recovered geothermal heat into a central heating system. A water management system to collect rainwater is also part of the design and any excess water is directed into new wetlands, lakes and rivers to prevent flooding and to counteract the airport's ‘heat-island’ effect during the summer.

In this project, Mapei was asked by the main contractor to supply cutting-edge systems for the floor surface of the carpark at the airport’s west wing. The area has more than 5,000 parking spaces, 600 of which with charging points for electric cars.

Later, a seamless surface coating of Ultratop - an ultra-fast setting, self-levelling mortar - was applied to give the floor surface an attractive finish and high resistance to abrasion.

Around 80,000 sq m of the carpark area were coated with Ultratop. This particular job was said to be the most extensive of all the work carried out so far with this product. Its performance properties met with the full approval of the client and designers, which convinced Mapei to propose the product for the next projects planned for the airports in Xiamen, Chengdu and Urumqi.

The Ultratop self-levelling mortar features special hydraulic binders for abrasion-resistant floorings. It is used internally in public and industrial buildings, for levelling and smoothing new or existing concrete and ceramic substrates in thickness from 5 to 40 mm, to make them suitable for heavy pedestrian use in shopping centres, offices, shops, showrooms and areas where rubber wheeled vehicles are in use.

Ultratop offers high mechanical strength and resistance to abrasion. Thanks to its versatility, the system  is also ideal for numerous applications in the decorating sector of buildings for civil use.

Note: The article courtesy of Realta Mapei International no. 78