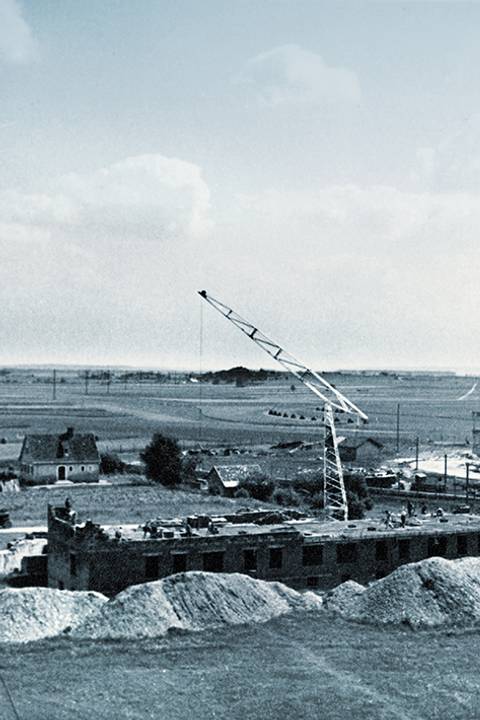 The TK 10 - the first mobile tower crane from Liebherr. 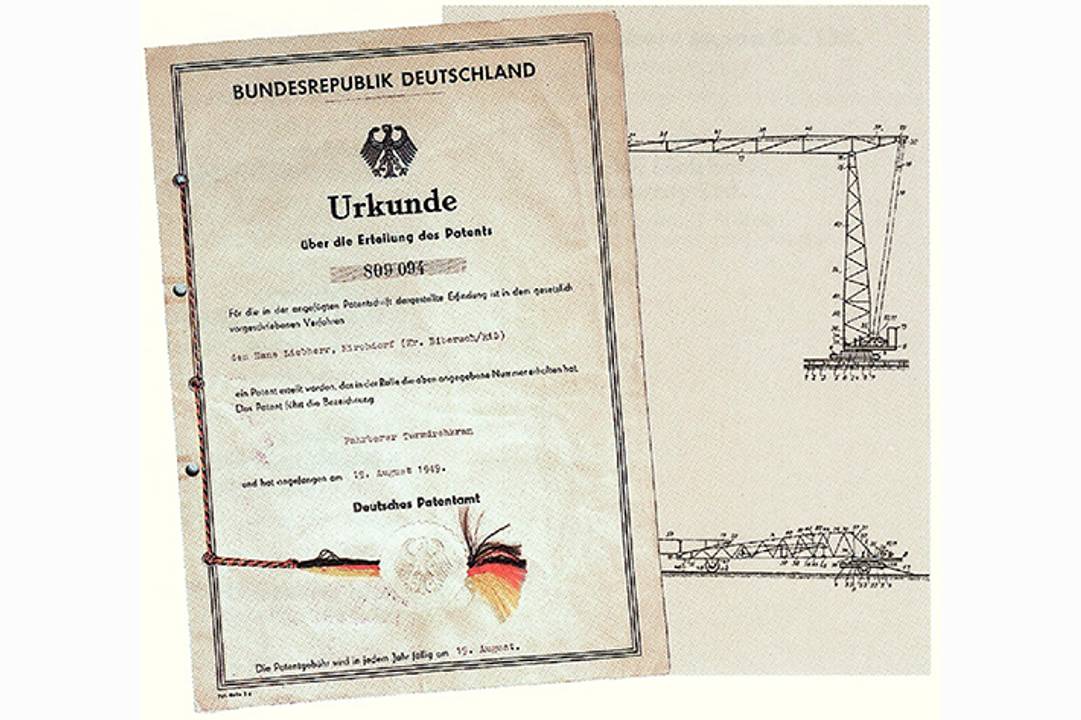 In 1949, the rebuilding process in Germany and Europe was in full swing, where construction workers had to manually load stones, mortar, cement or bricks from the trucks for building apartments and industrial facilities.

During the postwar Germany, in particular, there were very few cranes and those that existed were made from iron and cast steel, which were extremely heavy. The building was time-consuming, meaning that cranes were only used occasionally on construction sites.

The master builder Hans Liebherr had already worked meticulously on an idea for some time, which now came at exactly the right time: a mobile, powerful tower crane. Mr Liebherr honed his sketches, had drawings created and built the first Liebherr tower crane – the TK 10.

The TK 10 was made for ease of transport and could be erected within a short space of time. Under the keyword ‘mobile tower crane’, Mr Liebherr successfully registered his invention with the German Patent Office, which issued the patent on 19 August 1949. This first machine marked the beginning of the lifelong and continuous pioneering work of Mr Liebherr and to this day represents the cornerstone of the company.

Liebherr’s 60 exhibits at bauma also included the latest successor to the TK 10, the new 125 K fast-erecting crane, which has very little in common with the original ancestor apart from the concept of a mobile and powerful tower crane, and being able to lift heavy loads quickly and safely, also at lofty heights. With a 55 m jib length and a maximum hook height of 65.5 m, the 125 K is said to be the largest fast-erecting crane on the market and surpasses its ancestor TK 10 many times over.