After 11 years of construction, the Dazhushan Tunnel of Dali-Ruili Railway in China finally achieved a breakthrough in June 2019. The tunnel reportedly serves as a key link in the Dabao section of the railway. It is thought to be the world’s most difficult tunnel project, having encountered many challenges and featuring complex geological conditions.

The Dali-Ruili Railway is also said to be ‘the world’s most difficult railway project’ as it passes through various rivers and mountains, including Nujiang River, Lancang River, Nu Mountain and Cang Mountain. A total of three XCMG XTR260 roadheaders have been involved in the project, working at the Xiuling Tunnel.

The use of XCMG roadheaders is believed to be a better solution, offering a greater efficiency by 30% compared with the borehole-blasting method which could cause collapse, water-mud bursting and other conditions that may seriously delay the construction progress.

The XCMG XTR260 roadheader integrates the traditional blasting, ventilating and slag tapping processes to continuously excavate the surrounding rock and transport the sludge out, making work more stable and safer. According to XCMG, the XTR260 can drill at a depth of no less than 5 m per day without any downtime. 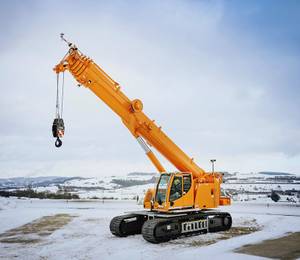