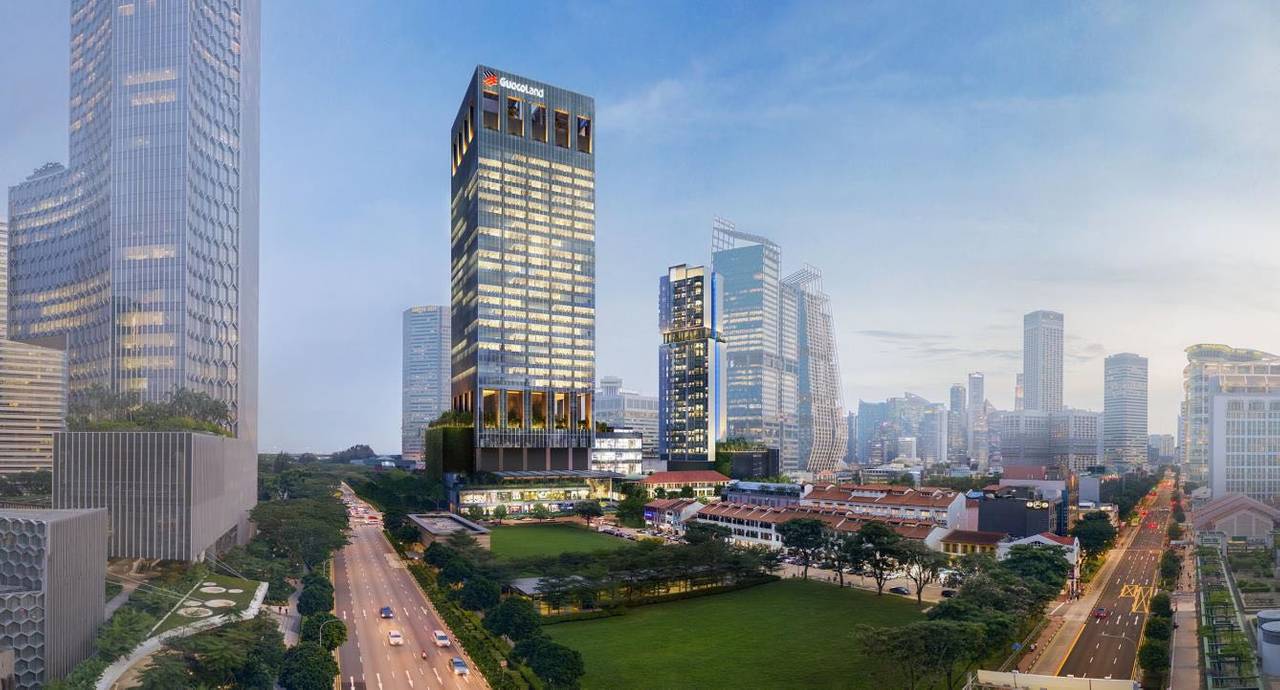 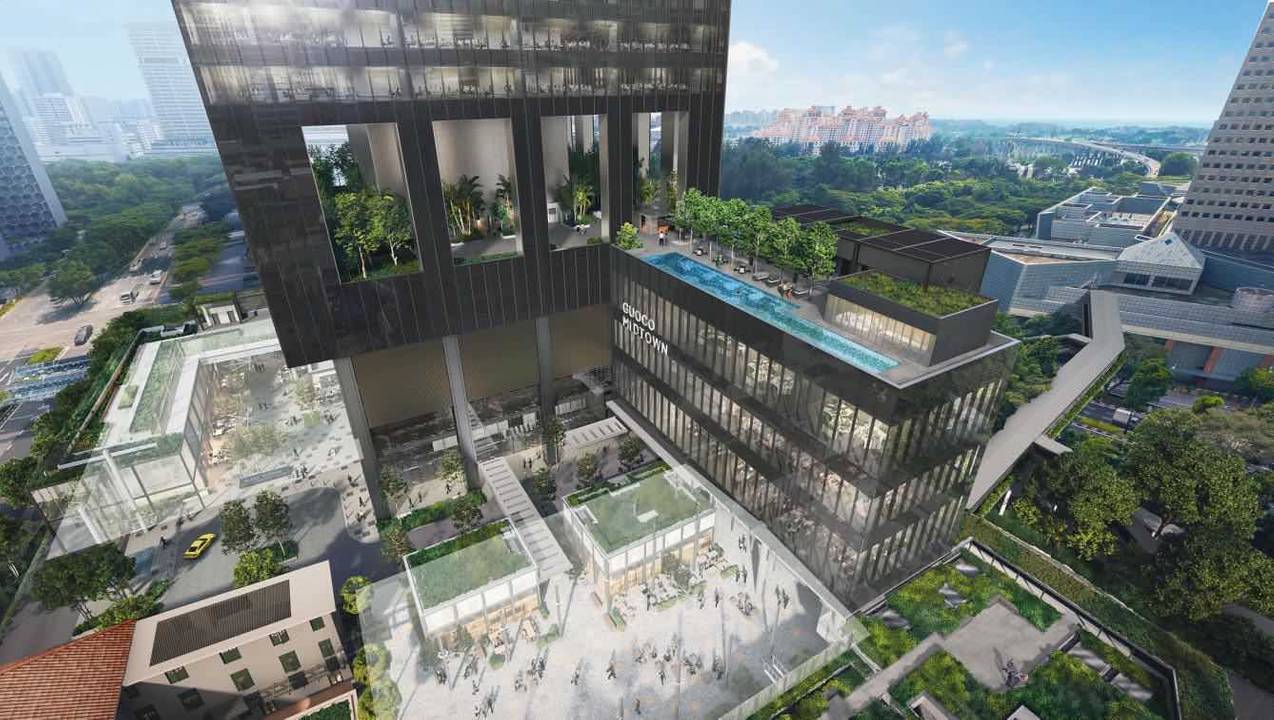 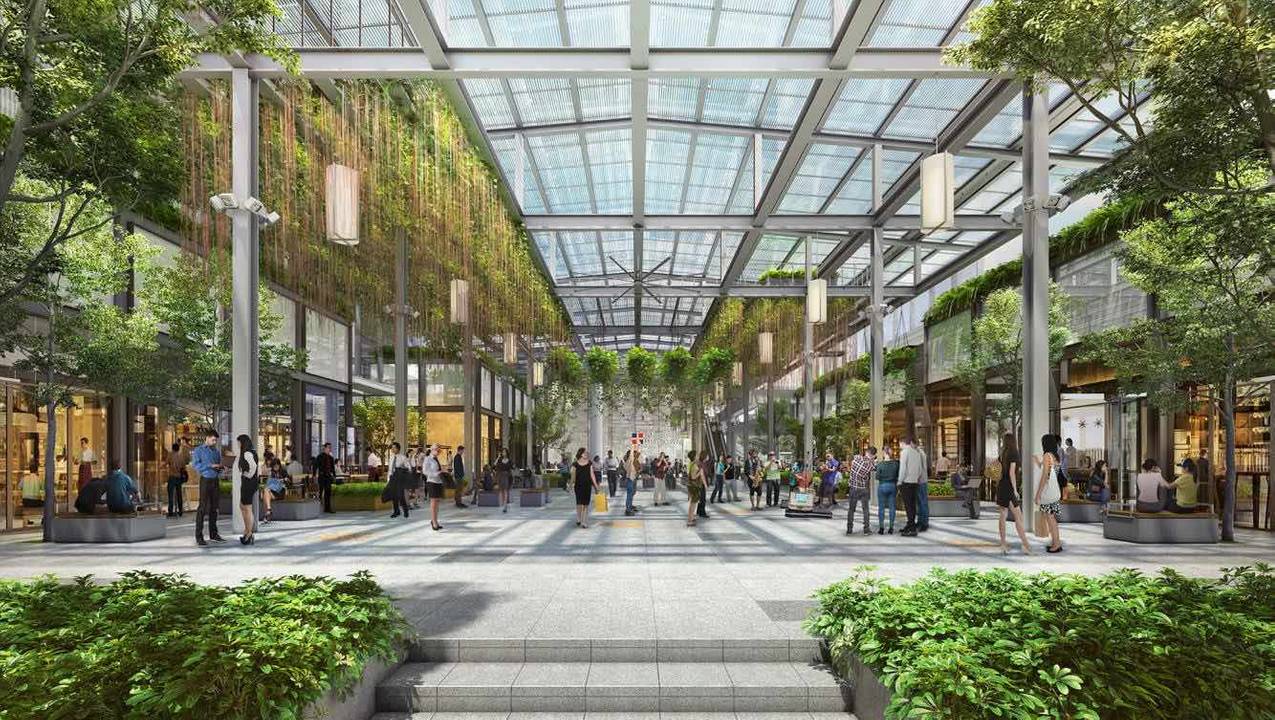 GuocoLand Limited has unveiled the concept and design of Guoco Midtown, a new mixed-use development set to rejuvenate the Beach Road precinct in Singapore’s central business district (CBD). It will offer a Grade A office tower, residences, public and retail spaces, and the former Beach Road Police Station (a conserved building).

Located at the intersection of two key development corridors along Beach Road and Ophir-Rochor Road, the project is scheduled for completion in the first half of 2022. GuocoLand revealed that it is “the final piece of jigsaw that completes the transformation of the area, connecting the three major office micro-markets of City Hall, Marina Centre and Bugis.”

With a total development cost of S$2.4 billion, Guoco Midtown covers a gross floor area (GFA) of approximately 950,600 sq ft (88,313 sq m). Denton Corker Marshall has been appointed as design architect for the project, and DP Architects as project architect.

According to GuocoLand, the design of Guoco Midtown is quite different from most mega mixed developments, which often comprise podium blocks. Instead, the street level buildings and public spaces at Guoco Midtown have been designed to the human scale.

GuocoLand added that besides conserving the three-storey former Beach Road Police Station, the design also draws inspiration from the shophouse districts across Beach Road; an internal street – called Seawater Street - has been created, flanked by public spaces and low-rise retail and restaurants.

All ground floor restaurants will have alfresco dining spilling into the two large sheltered public spaces called the City Room and the Market Place. Seawater Street can also be closed to vehicles during the weekends so that it can link up all the various public spaces to become a large event space to host more than 2,000 people.

The whole development comprises 10 different plazas and gardens on levels 1, 2, 3, 7, 15 and 30; six of which are open to the public, said GuocoLand. Altogether, they form more than 170,000 sq ft of landscape and public spaces, and more than 34,000 sq ft of vertical greenery.

The company further highlighted that the 770,000 sq ft, 30-storey Grade A office tower will feature a central core office floor plate with an ultra-high 3.3-m ceiling, compared to the 2.9-m norm for Grade A offices. Seamless, large windows, clear glass panels that are floor-to-ceiling and 1.8-m wide (versus the usual 1.5 m) will also provide panoramic views of the city, Kallang Basin and Marina Bay.

The 148,480 sq ft Midtown Bay, the residential component of Guoco Midtown, will have 32 storeys offering more than 200 units. GuocoLand said that more details on this section will be announced in the second half of 2019.