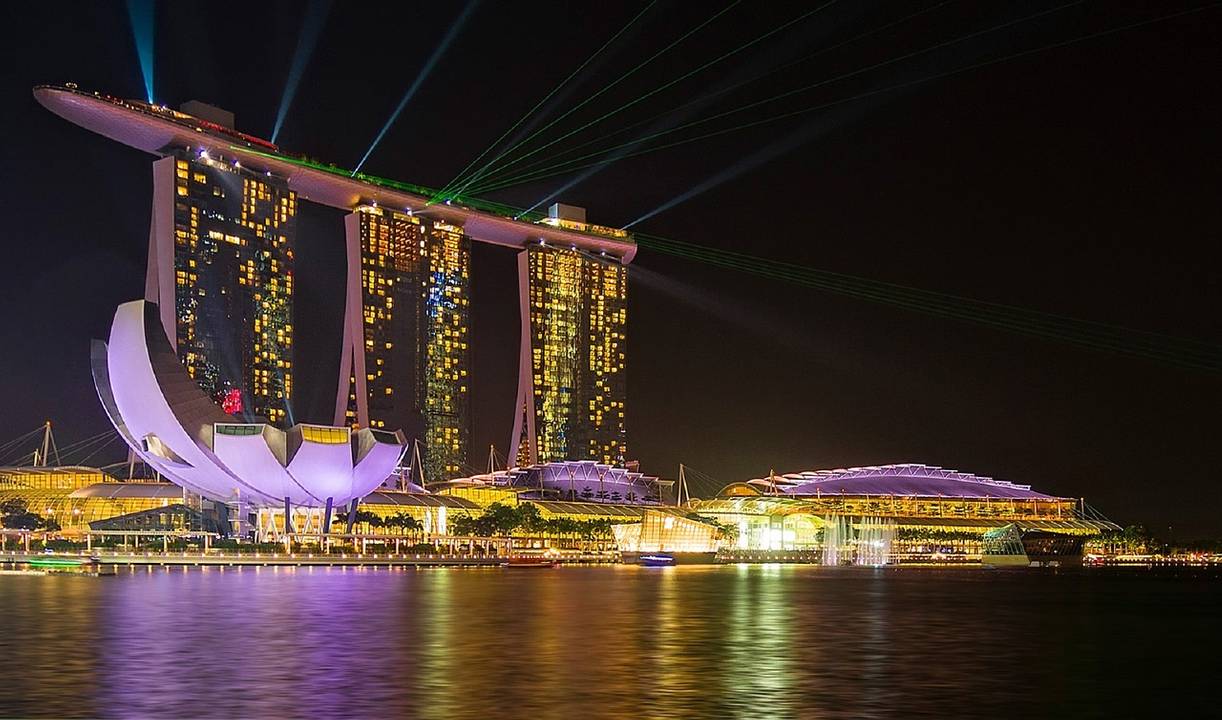 Las Vegas Sands has announced a bold expansion plan for Marina Bay Sands Integrated Resort (IR) in Singapore. The company recently entered into an agreement with the Singapore government and plans to begin work on the new development soon.

Located immediately adjacent to the existing Marina Bay Sands IR, the key elements of the new development will be a state-of-the-art 15,000-seat arena, a luxury hotel tower and additional MICE (Meeting, Incentive, Convention and Exhibition) space.

The new 15,000-seat arena is expected to play a key role in bringing new and repeat visitors to Singapore. The hotel tower, which will feature approximately 1,000 all-suite rooms, will also include a sky roof with a swimming pool and a signature restaurant.

Las Vegas Sands said that Moshe Safdie, who designed the original property, Aedas and Gensler are planning to be part of the team responsible for the design elements of the building. The current total projected budget for the expansion is approximately US$3.3 billion (S$4.5 billion) and a timeline for its completion is not yet available.

“Marina Bay Sands is an iconic tourism destination that has exceeded all of our hopes in growing leisure and business tourism in Singapore and it is a privilege to receive the Singapore government’s continued support of its development. The property has achieved amazing success for both Singapore and our company and we plan to create even more with this expansion,” said Sheldon G. Adelson, chairman and CEO of Las Vegas Sands.

Since opening in 2010, Marina Bay Sands has reportedly attracted more than 330 million visitors. The property has brought over 700 new MICE events to Singapore since opening and hosted 3,680 events at the Sands Expo and Convention Centre in 2018 alone.

The RWS 2.0 development is planned to be delivered in phases, with new opening every year from 2020 to a projected completion around 2025. After which, it will integrate with the transformation of the future Greater Southern Waterfront.

The SEA Aquarium will be expanded to more than three times its present size, and proposed to be rebranded as Singapore Oceanarium. The expansion will see its transformation to a blend of specially curated marine life and additional exhibits of prehistoric marine life and deep sea creatures – it will be part of the story of the history of evolution, exploration and how mankind has to embrace conservation.

A new waterfront lifestyle complex helmed by two new destination hotels, together with the expansion of central zone, will add up to 1,100 more keys. According to RWS, the entire waterfront promenade will be completely renewed, anchored by a public attraction that will set the scene for vibrant seafront activities that include various dining and lifestyle activities.

Replacing the Resorts World Theatre will be a new Adventure Dining Playhouse. A new driverless transport system will also provide last-mile connectivity between the mainland and Sentosa with better efficiency and capacity.

The mega investment and expansion of RWS is likely to have significant impact on the Singapore economy. Today, RWS is one of Singapore’s largest private sector employers and home to over 13,000 employees. The expanded RWS is expected to result in approximately 2,800 new employment created across a wide diversity of trades, professions and career opportunities. RWS added that through the adoption of technology and innovation, higher-value roles will also be created for the PME segment.