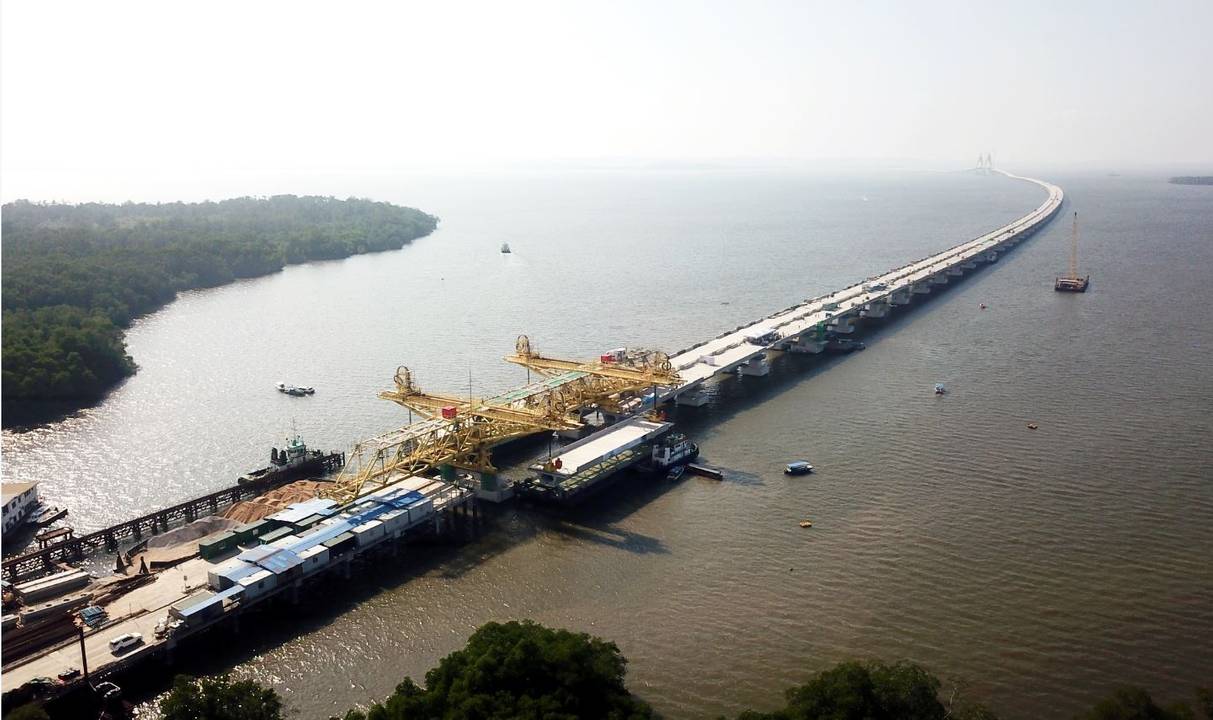 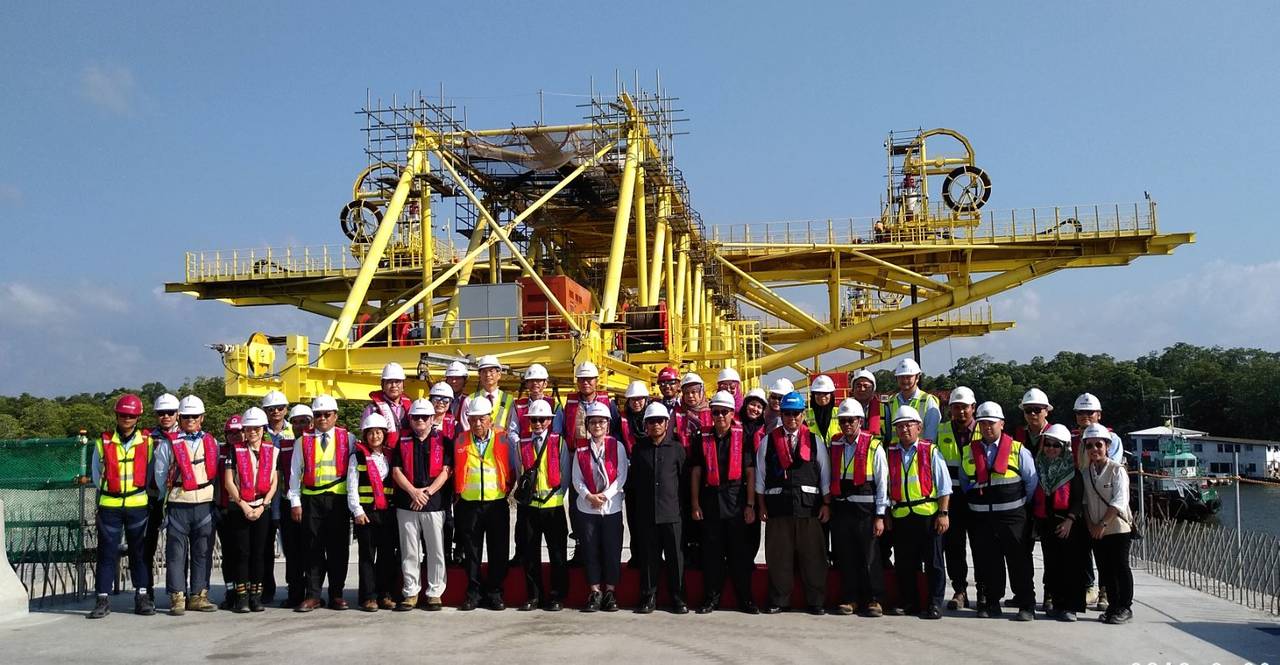 A ceremony was held to celebrate the installation of the final girder. (Image: Daelim)
Bruneibridge
Views: 737

Korean contractor Daelim, which was awarded the CC2 contract of Temburong Bridge project in Brunei, recently announced that it has installed the last girder at the Marine bridge section.

Temburong Bridge, being commissioned by the government of Brunei, is believed to be the largest project in the country’s history which aims to connect the Muara and Temburong regions. A total of 578 girders have reportedly been installed since January 2017. According to Daelim, the project site applied the ‘left-right balanced installation method’ whereby two girders are simultaneously installed for the first time in the world.

In February 2015, Daelim secured the contract for section 2 (CC2) of Temburong Bridge. The company said it would build a sea bridge spanning 13.65 km as the longest section, with a construction duration of 45 months.