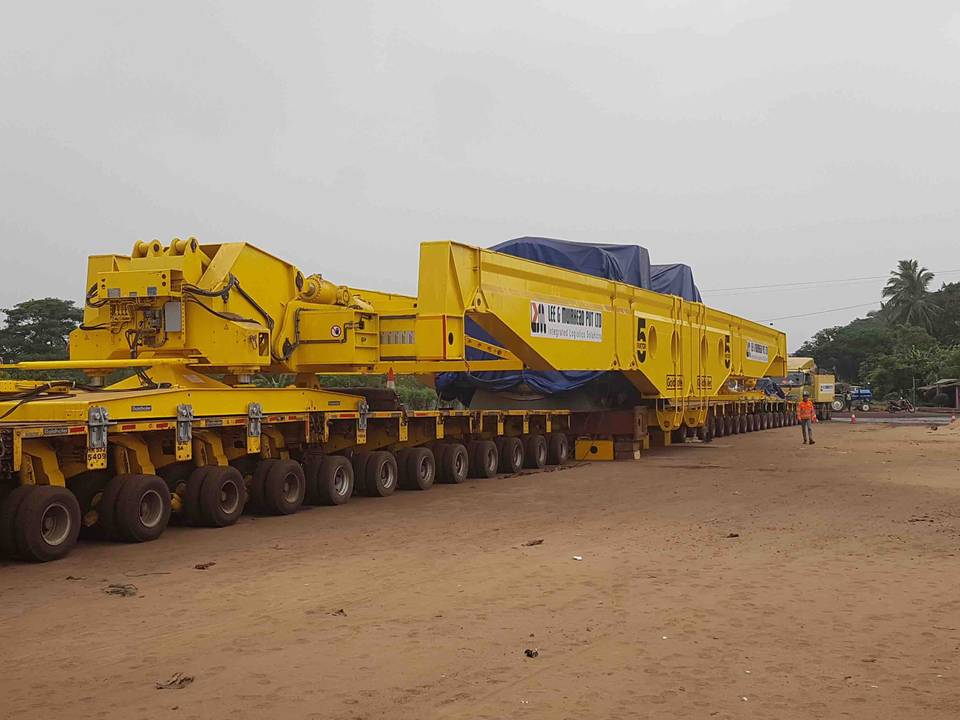 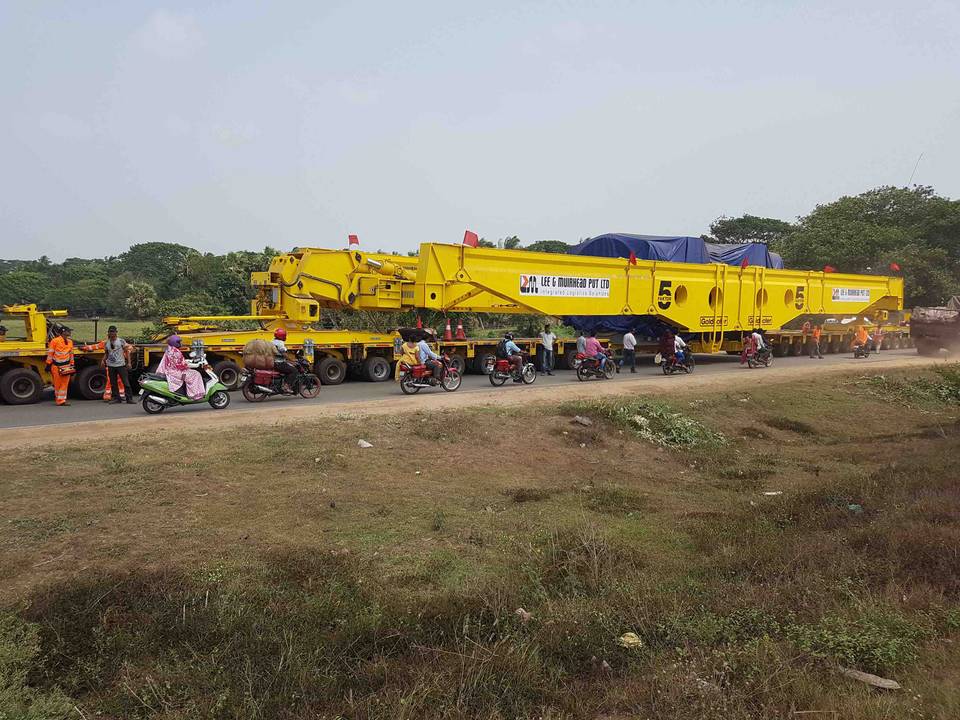 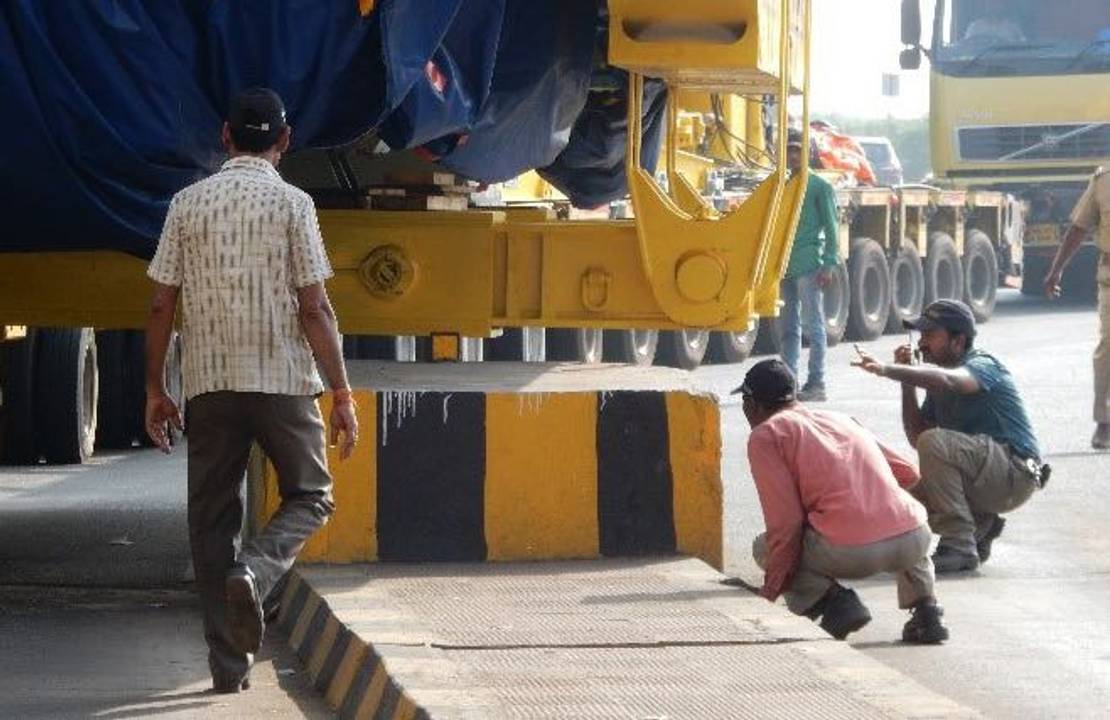 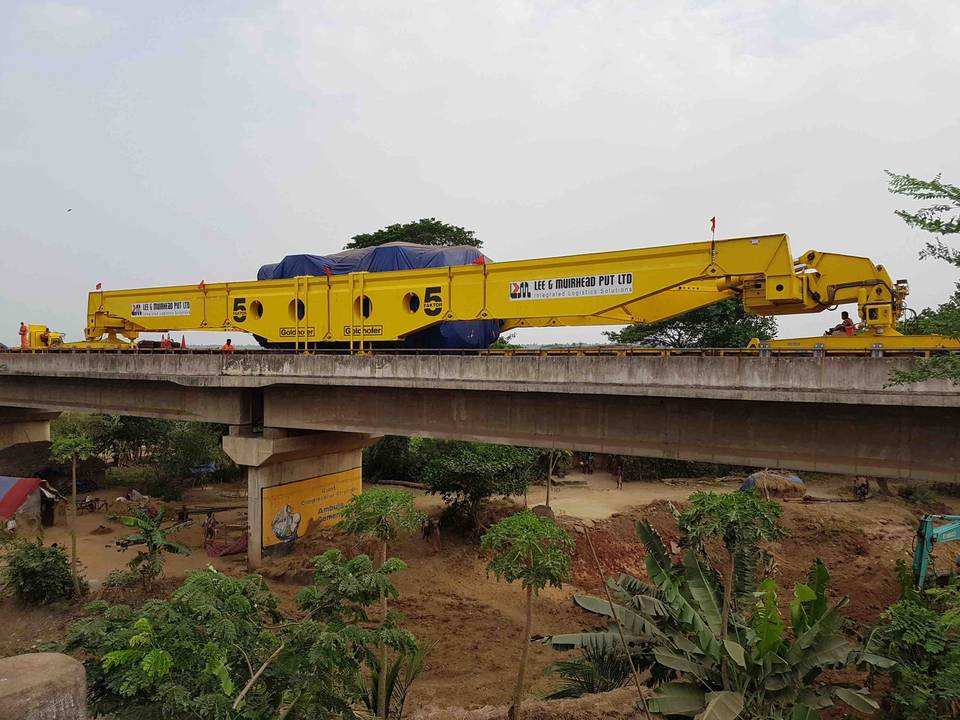 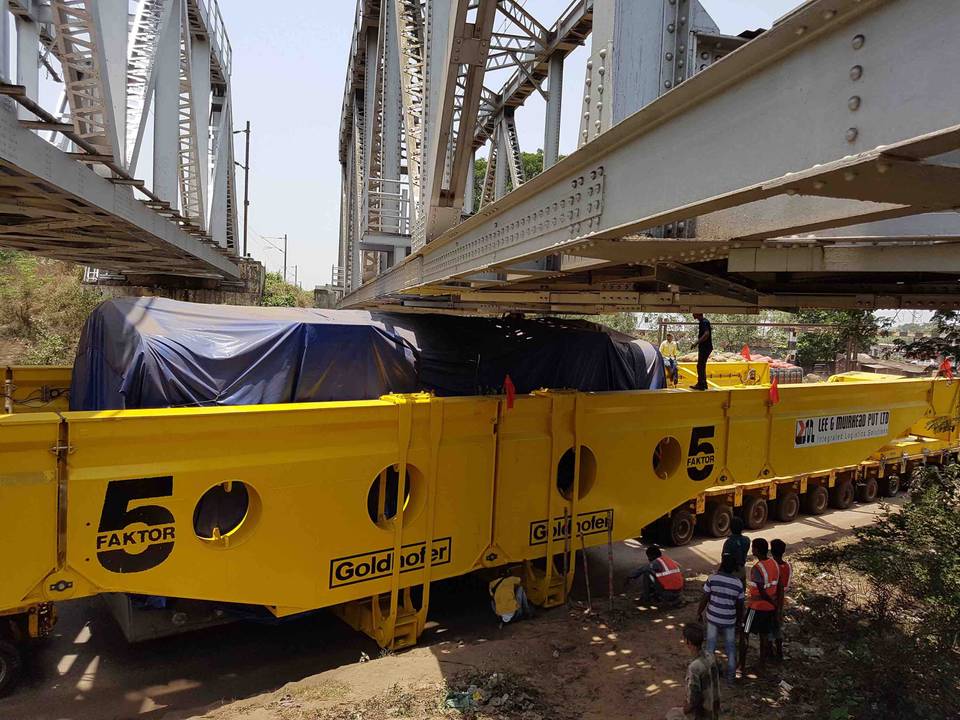 The Goldhofer Faktor 5 high girder bridge has been used in India by Lee & Muirhead Pvt Ltd to transport a 405 t power plant generator stator to a jobsite located about 500 km away. The complete rig, comprising a 2x18-axle THP/SL combination and the Faktor 5 with an overall weight of 752 t, took three months to complete the journey.

There are many restrictions on heavy haulage operations on the Indian subcontinent, said Goldhofer, and the road network – although one of the biggest in the world with a total length of 3.3 mil km – is only 50% hard surface, plus long distance multi-lane roads are limited. Due to this, transporting heavy loads like stators, generators, transformers, turbines and cable drums, would be a challenge.

The Goldhofer Faktor 5 had to overcome a number of difficulties on the project, including more than 150 multi-span long bridges and a 15 km stretch with tight bends – here, the 405-t stator was moved onto an 18-axle split combination (1+1/2) and the Faktor 5 completely dismantled. Moreover, the Faktor 5 had to skirt around a toll plaza.

As the terrain was unsuitable for a heavy haulage convoy of this size, some ground was first filled in on the steep terrain. Then, a bypass was constructed to enable it drive over the 25 cm high kerbstones. On other sections of the route, the gradients were so steep that a third tractor was needed in addition to the standard push-pull configuration.

To overcome other obstacles, the Faktor 5 was raised a few times to a height of more than 1.5 m. A particular challenge for the convoy was to go under several railway and road underpasses. On one occasion, the Faktor 5 was lowered to allow it pass under a railway bridge. This left a clearance of just 4 cm, but only when there was no train on the bridge at the time as that would have caused deflection in the deck of the bridge and damage to the stator.

According to Goldhofer, the generator stator was delivered safely to the project site on 20 June 2017, two days prior to the scheduled date and final entry in the TG building on 29 June 2017.

Construction of new power plants is central to India’s modernisation programme, with more than 30 major projects reportedly scheduled for the next few years – all involving stators, generators or transformers weighing between 350 t and 450 t.