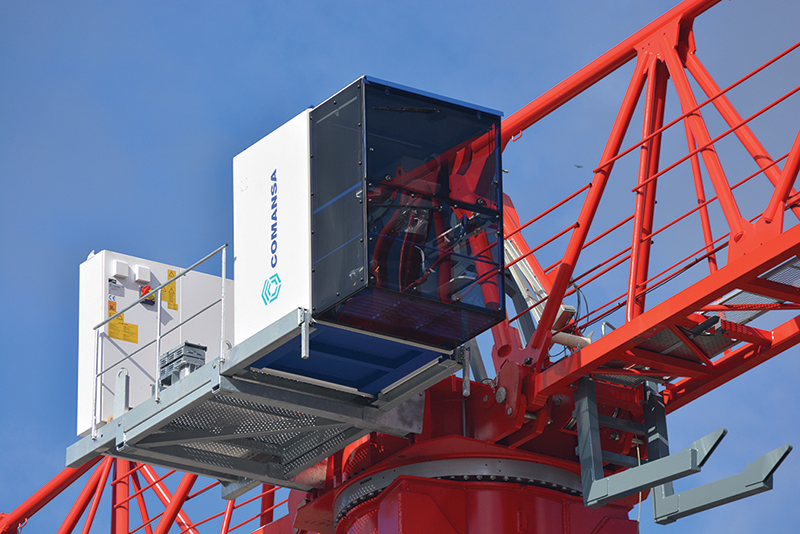 Changing the brand name to Comansa will be implemented gradually in all products and locations.
Comansa
Views: 50

Linden Comansa will be returning to its original name – Comansa – and use it throughout the company. This change to a single brand will be implemented gradually across the product range and at the company’s facilities in Spain (headquarters), the US and China.

Each crane model will keep its current name, using the letters LC or CM to indicate the product range, thus avoiding any confusion on the market. For example, the 21LC750 model indicates that it is part of the range previously known as Linden Comansa, while the 21CM550 model is a part of the former Comansa CM range.

“After acquiring the prestigious Linden 8000 system from the Swedish company Linden in 1983, we started to apply its technical concepts throughout our range of tower cranes, therefore allowing our customers to enjoy its many obvious advantages,” said Alberto Munárriz, CEO of Comansa. “Combining the names Linden and Comansa in a single brand was initially important as we looked to open up markets, as it gave us recognition on markets where Linden had been a major player and the benefits of its products were widely appreciated.”

He added, “However, Comansa has been developing and improving this system for 35 years, and has been actively present on the market for over 50 years. The fact that we continue to be a benchmark in the tower crane industry today is not due to the name Linden in our trademark, but rather thanks to all the work we have put in over many years, allowing our products to be renowned for their quality. In fact, we are widely known on the market as Comansa, meaning the change is very natural.

“Moreover, the company’s situation has changed a great deal over recent years, having set up in China and embarked on significant commercial expansion. This change aims to bolster our strategy at group level by having a single, uniform image on the market.”

Excluding the name Linden from the brand does not mean that it is forgotten, stressed Mr Munárriz. “The Linden brand and system, and all they entail, are part of our DNA. In fact, Comansa is the only manufacturer whose range of horizontal jib cranes consists solely of a flat-top, pendant-free design, which was undoubtedly one of Linden’s most outstanding features,” he explained. “And, if there is one thing that characterises Comansa cranes, it is their outstanding modularity, just like Linden cranes. That is why Linden is still very much a part of the philosophy of all our products, even though it no longer appears in our brand name.”