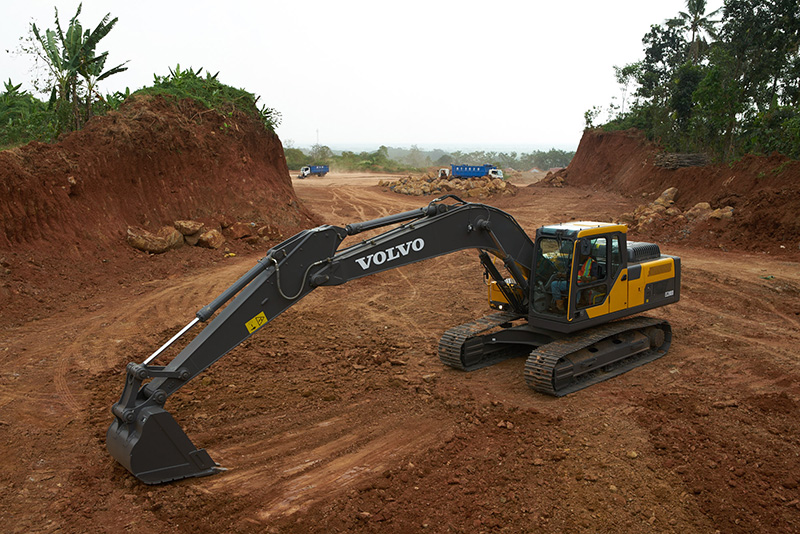 Over the first quarter of 2018, Volvo Construction Equipment (Volvo CE) staged a number of launch events for its new EC200D excavator in countries including Indonesia, Malaysia and Thailand. The company introduced the new 20-t excavator at the beginning of this year and soon after that, it received a significant number of confirmed orders destined for construction and road building projects in Malaysia, Singapore, Indonesia, Vietnam, the Philippines, Thailand and Cambodia.

“The EC200D is ideal for general construction and its fast working speeds can help contractors stay ahead of schedule,” said A.M. Muralidharan, VP sales support and dealer development at Volvo CE Region APAC. “Construction work levels are healthy across the region and we’re already confident the EC200D will become one of the most popular 20-t excavators around.”

The EC200D was formally launched in Indonesia at an event in Yogyakarta earlier this year, although in total there will be another 20 events across the country to introduce the machine, said Volvo CE, underlining the expected popularity of the unit in the country.

So far, six events have already taken place in Indonesia - in Palembang, Makassar, Medan, Lampung, Pontianak and Bandung. A key highlight of the launch events has been showcasing the class-leading working speeds of the EC200D. In some cases, specially-constructed test spaces were created to allow customers to experience the EC200D’s high swing torque and lifting capabilities. 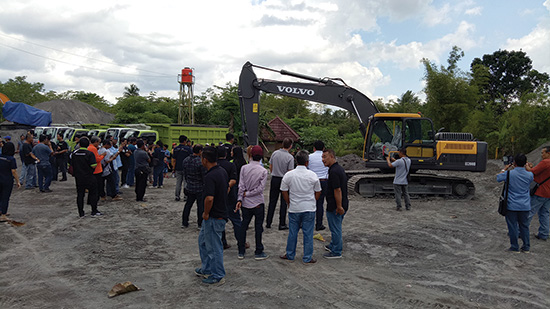 The EC200D offers excellent fuel efficiency, safety and reliability. It has an operating weight of 19,800 to 20,300 kg, and is configured with a 5.7 m boom, 2.9 m arm and 0.8 cu m bucket. The excavator features Volvo’s Eco mode, which optimises the hydraulic system to reduce loss of flow and pressure while maintaining digging power and swing torque.

The Eco mode helps the EC200D reduce fuel consumption by up to 12% when compared to similar excavators, said Volvo CE. With the Volvo D5E Tier 3 engine (with an output of 123 kW at 2,000 rpm) and compatible hydraulics, the EC200D is designed to operate fast and with short cycle times.

Volvo CE has also officially launched its new rigid haulers at the company’s Motherwell facility in Scotland, consisting of the 41-t R45D, 55-t R60D, 65-t R70D and the flagship 95-t R100E. These new models are planned to be initially available in less regulated markets.

The company announced earlier in January that it will enter the rigid hauler market. The new four-model range will be manufactured at the Motherwell production facility and sold exclusively through the Volvo dealer network. According to Volvo CE, the production of Terex Trucks rigid haulers will cease over time. The Terex Trucks-branded articulated haulers will continue to be designed, built and developed at the Motherwell facility, and distributed using the pre-existing Terex Trucks independent dealer network. 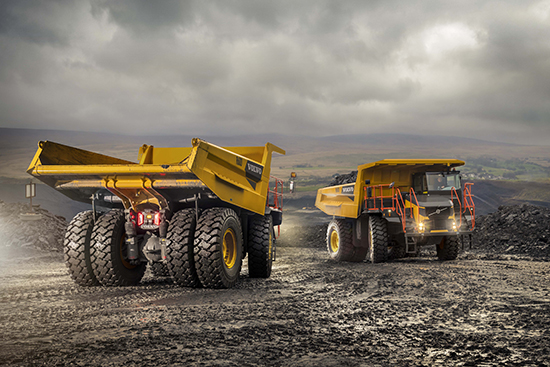 The new Volvo rigid haulers are planned to be initially available in less regulated markets.

The new Volvo-branded rigid haulers are made for surface mining and quarrying applications, where operational costs and safe operations are often critical. Uptime and productivity are centered on the range’s durable design that promotes high component protection and longer lifecycles. Efficient and intelligent, the Volvo haulers boast a competitive power-to-weight ratio, effective gearing and weight distribution that gives the tractive effort to allow the machines to traverse steep slopes in total control.

Based on the Terex Trucks TR-series, development of the D-series R45D, R60D and R70D Volvo rigid haulers follows an in-depth engineering review, ensuring that the machines meet the standards expected from Volvo products in their target markets and segments. Improvements include greater visibility and safety systems, along with Volvo technical support and branding. 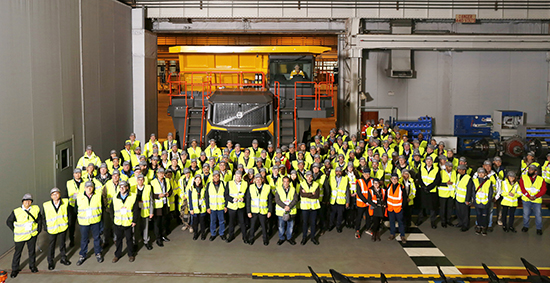 Customers and media get the first glimpse of the new Volvo-branded R100E rigid hauler at Motherwell.

“It was great to invite customers and dealers to the site where the new Volvo-branded rigid haulers are being manufactured,” said Thomas Bitter, senior vice president of the Marketing and Product Portfolio (MaPP) function at Volvo CE. “We’ve been working on the new range since Volvo CE acquired Terex Trucks in 2014. The development of these machines has relied heavily on the longstanding rigid hauler expertise of Terex Trucks as well as customer input and the technological strength of the Volvo Group.”

“The proven design of the Terex Trucks rigid haulers provided us with a strong DNA on which to develop Volvo CE’s innovative entry into this product line,” added Paul Douglas, Volvo CE’s vice president of rigid haulers and managing director of Terex Trucks. “The R100E has been designed to meet customer demands for a rigid hauler that delivers high performance and productivity, low total cost of ownership, easy serviceability and good operator comfort. It, along with the rest of the range, builds on Terex Trucks’ 84-year heritage and incorporates the customer feedback and market knowledge we have built-up over the years.”

Local dealers can be found on the website: www.volvoce.com