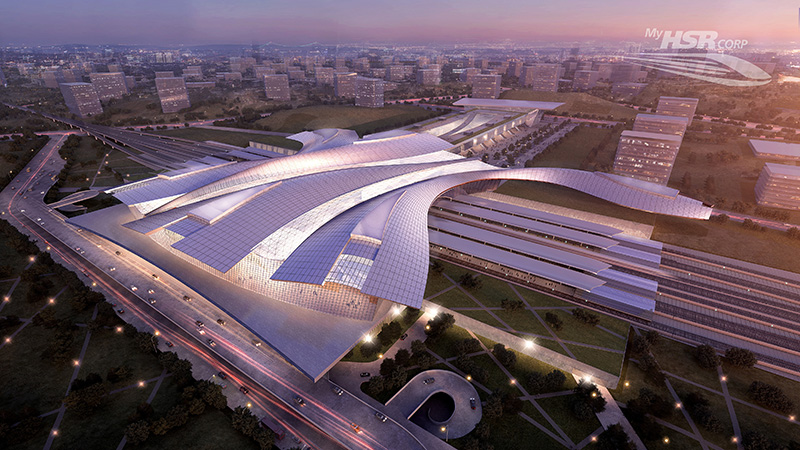 Gerbang Nusajaya’s TOD is planned to be developed in parallel with the Iskandar Puteri HSR station. Pictured here is the concept design of the station.
Views: 88

“With the announcement of Atkins as the winner for the International Land Use Master Planning Competition, UEM Sunrise is now well-positioned to develop and bring to life the Gerbang Nusajaya’s TOD,” said Anwar Syahrin Abdul Ajib, UEM Sunrise’s managing director and CEO. “We will soon commence the detailed planning and submission for the TOD surrounding the Iskandar Puteri HSR station.”

He added, “Together with our strategic stakeholders, we hope to unlock the full potential of Gerbang Nusajaya in the lead up to the completion of the HSR station and to also ensure that we sustain our success by developing the communities through the value propositions of the master plan that will serve the people and our future generations. I am confident that the Gerbang Nusajaya’s TOD holds tremendous potential for Iskandar Puteri as well as the Southern region of Malaysia.”

Gerbang Nusajaya’s TOD is planned to be developed in parallel with the Iskandar Puteri HSR station. UEM Sunrise has committed to completing the TOD in time for the station to receive its first passengers once the KL-SG HSR becomes operational in 2026. The company is also continuing to explore potential collaborations with partners and stakeholders to jointly develop the TOD area.